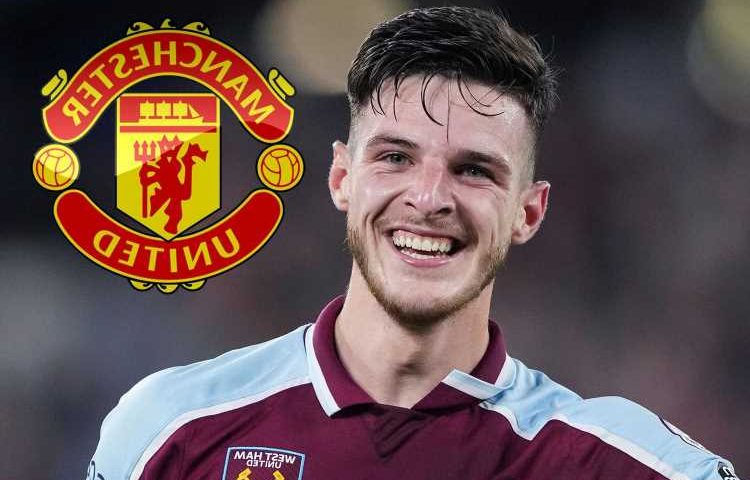 MANCHESTER UNITED have reportedly made West Ham midfielder Declan Rice their 'dream transfer target' but will have to cough up £100million to seal the deal.

The 22-year-old England international still has three years left on is current contract at the London Stadium, with the club also holding the option of extending it for another 12 months.

But according to Manchester Evening News that is not phasing the Red Devils, who are keen to add a central midfielder to their squad.

Rice has been ever-present for the Hammers since breaking through into their first team in 2017.

He has featured 144 times over the past four seasons for his boyhood club and earned himself the tag of 'England regular' as a result of his consistent performances.

Man Utd boss Ole Gunnar Solskjaer has been alerted to Rice's impressive form and is keen to sign him, with Chelsea also said to be interested.

But United will be forced to break the club's record transfer fee if he wants to acquire the West Ham man's services as the East London outfit have placed a £100m price tag on his head.

And Irons boss David Moyes insisted earlier this summer that he does not believe Rice will be sold any time soon.

BETTING SPECIAL – GET £50 IN FREE BETS WITH SKY BET

“I don’t think [club owners] David Sullivan, David Gold or myself have got any intention of losing Declan."

West Ham have made a superb start to the season with convincing victories over Newcastle and Leicester.

Next up for Moyes' men is a home game against Crystal Palace as they look to head into the international break with a 100 per cent record.