The 22-year-old – who was awarded an MBE for his inspirational campaign to secure free meals for disadvantaged children in the school holidays – has launched the 'Marcus Rashford Boot Project' in honour of Black History Month. 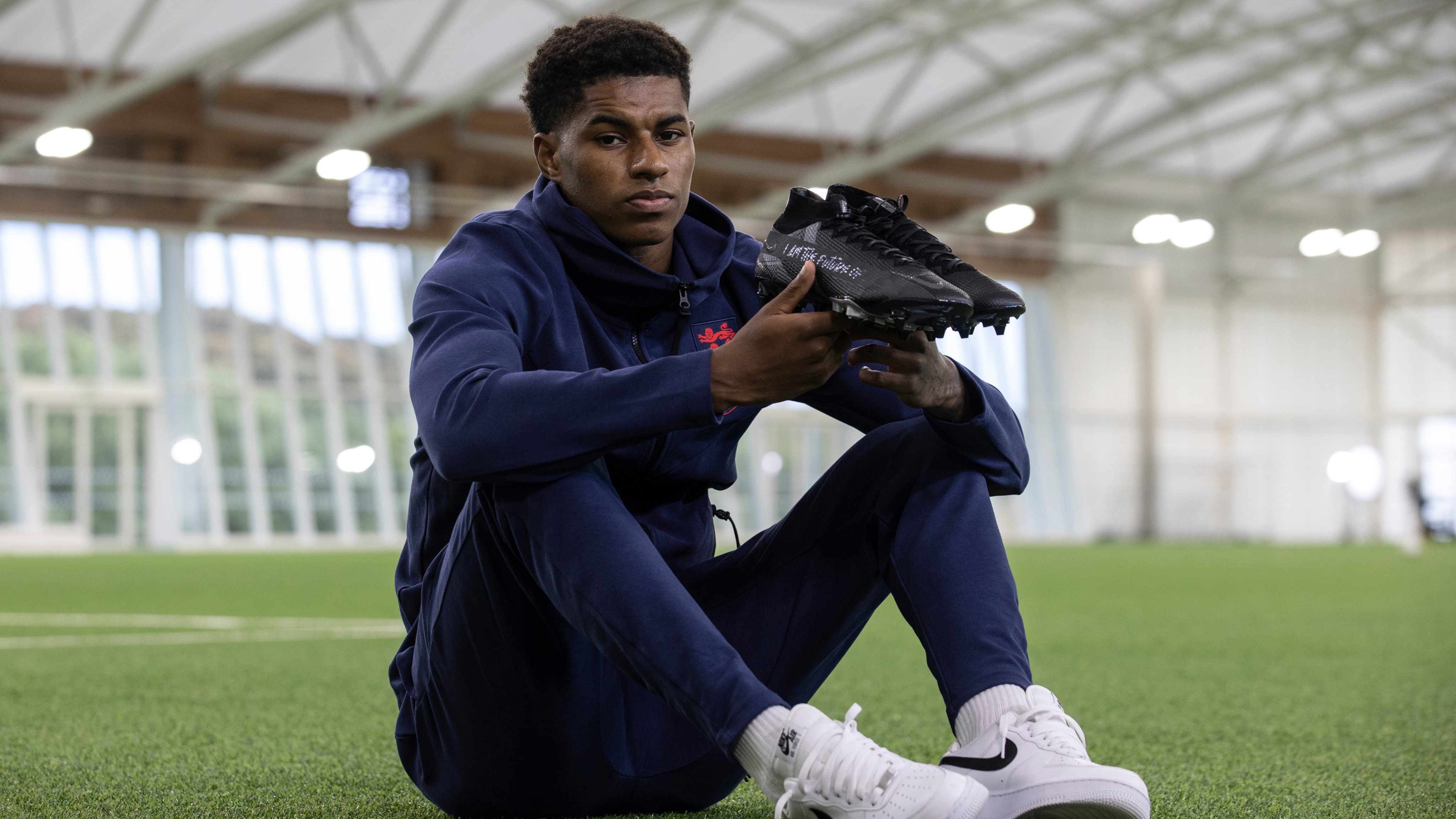 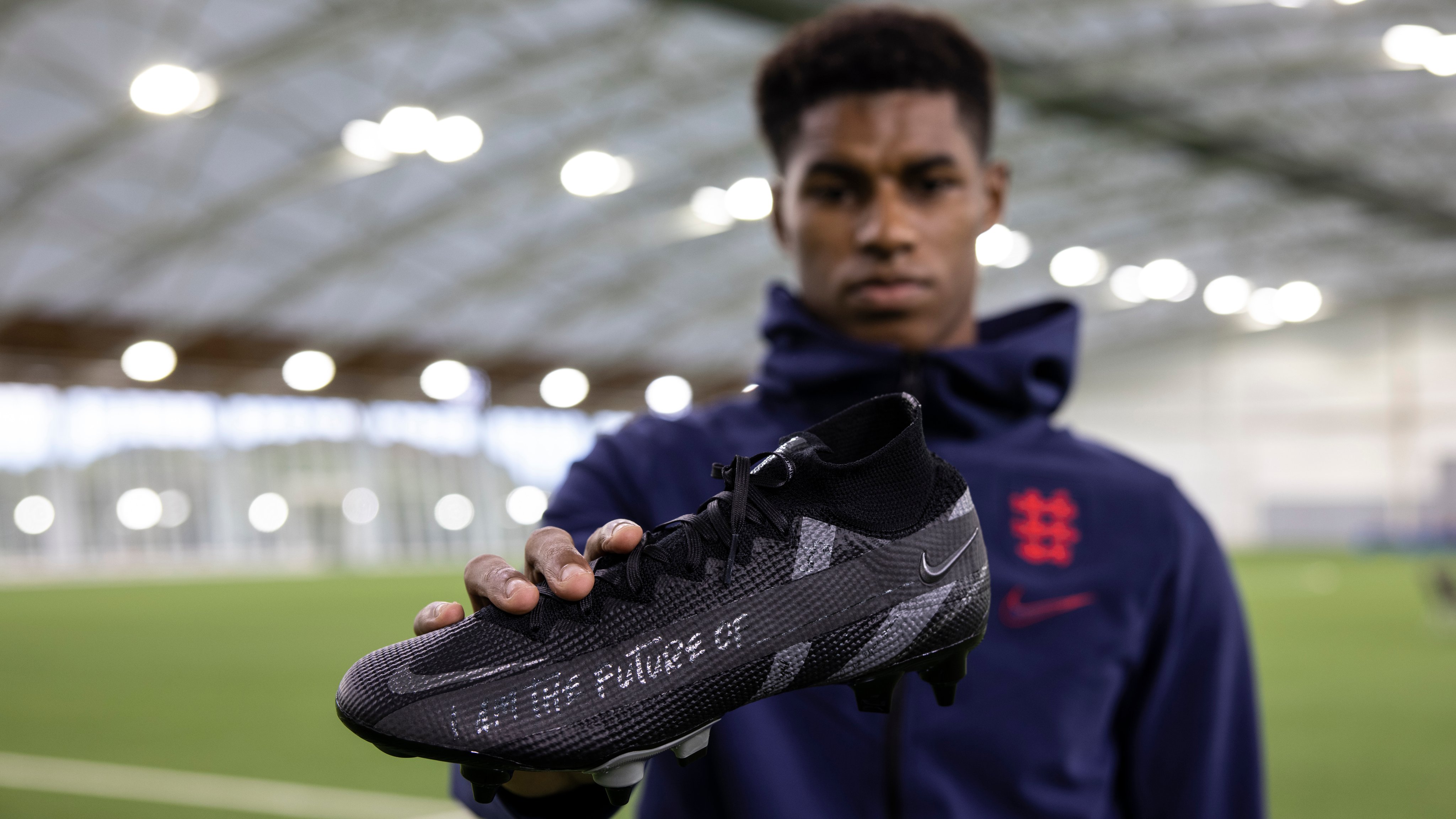 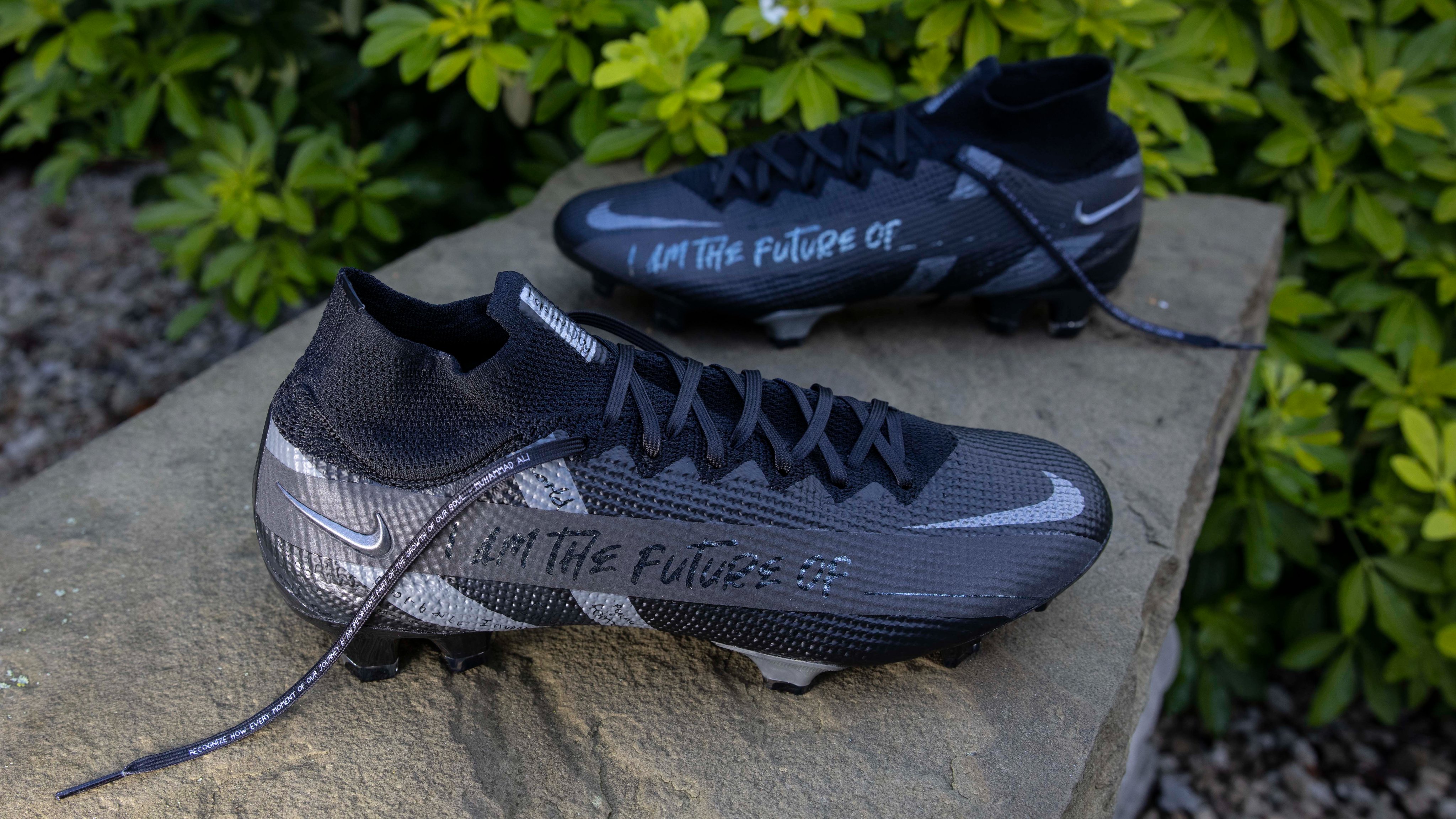 As part of his efforts to use his platform to give a voice to disadvantaged youngsters, the Three Lions ace will don a pair of special edition Nike Mercurial boots featuring handwritten messages.

The words are all responses given by school kids to the phrase 'I am the future of…' and will be first seen in the Nations League fixture against Fifa's No1 ranked side at Wembley.

The 40 children have been selected from three schools where a large portion of kids receive free school meals, including Button Lane in Wythenshawe – Rashford's own primary school.

The Manchester-born hero will also display messages written by youngsters from Passmores Academy in Harlow and Brunswick Community Primary School in Sheffield.

Rashford will wear the boots throughout October before donating pairs to charities aligned with his fight against child poverty, including FareShare and Trussell Trust.

The striker idolised Muhammad Ali in his youth and an inspirational quote from the late great boxer can be found on his laces.

It reads: "Recognise how every moment of our journey is an important part of the growth of our soul."

The colour of the boots is also a nod to Rashford's journey through the United academy – where youngsters are famously BANNED from wearing anything other than black boots. 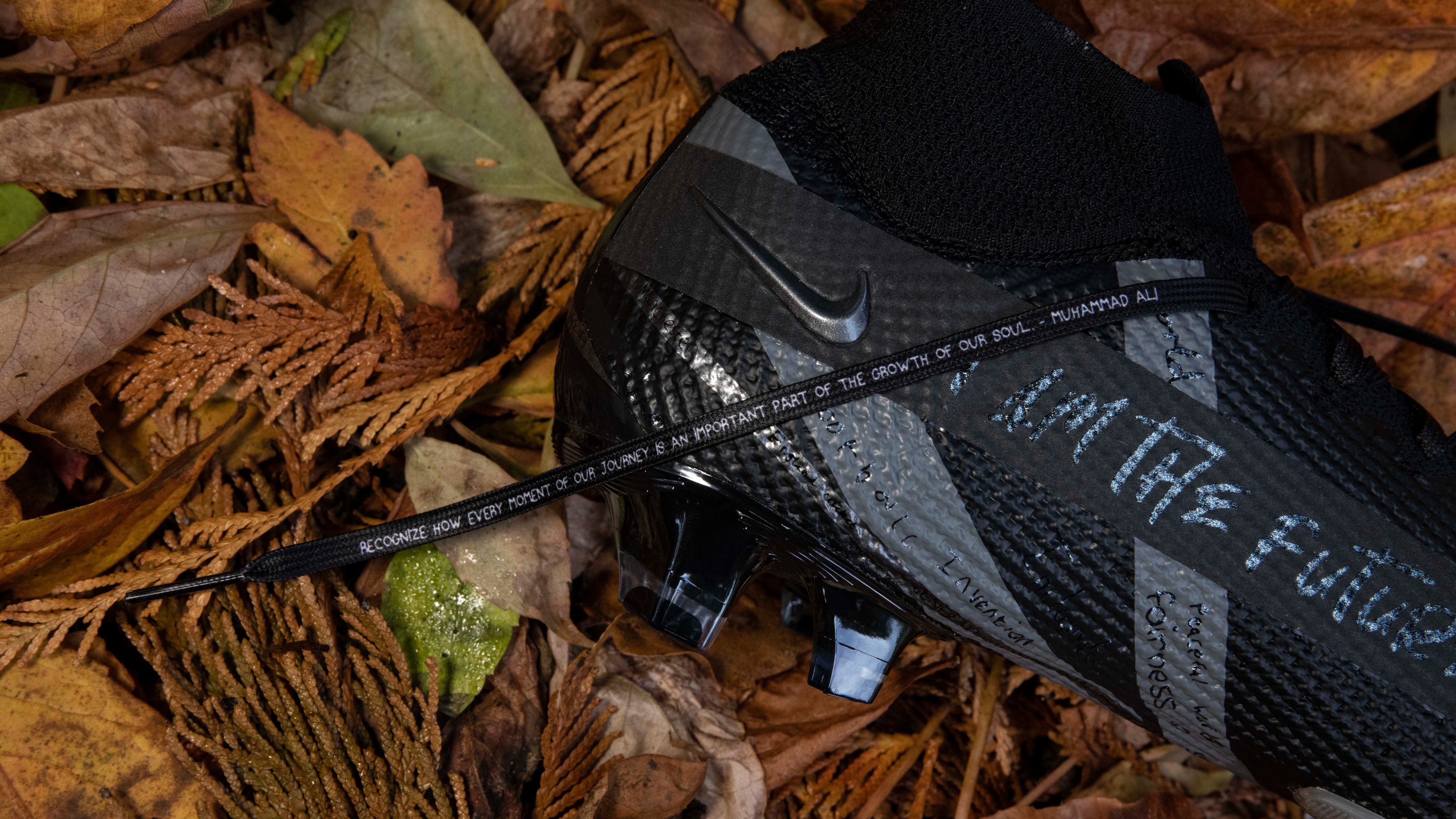 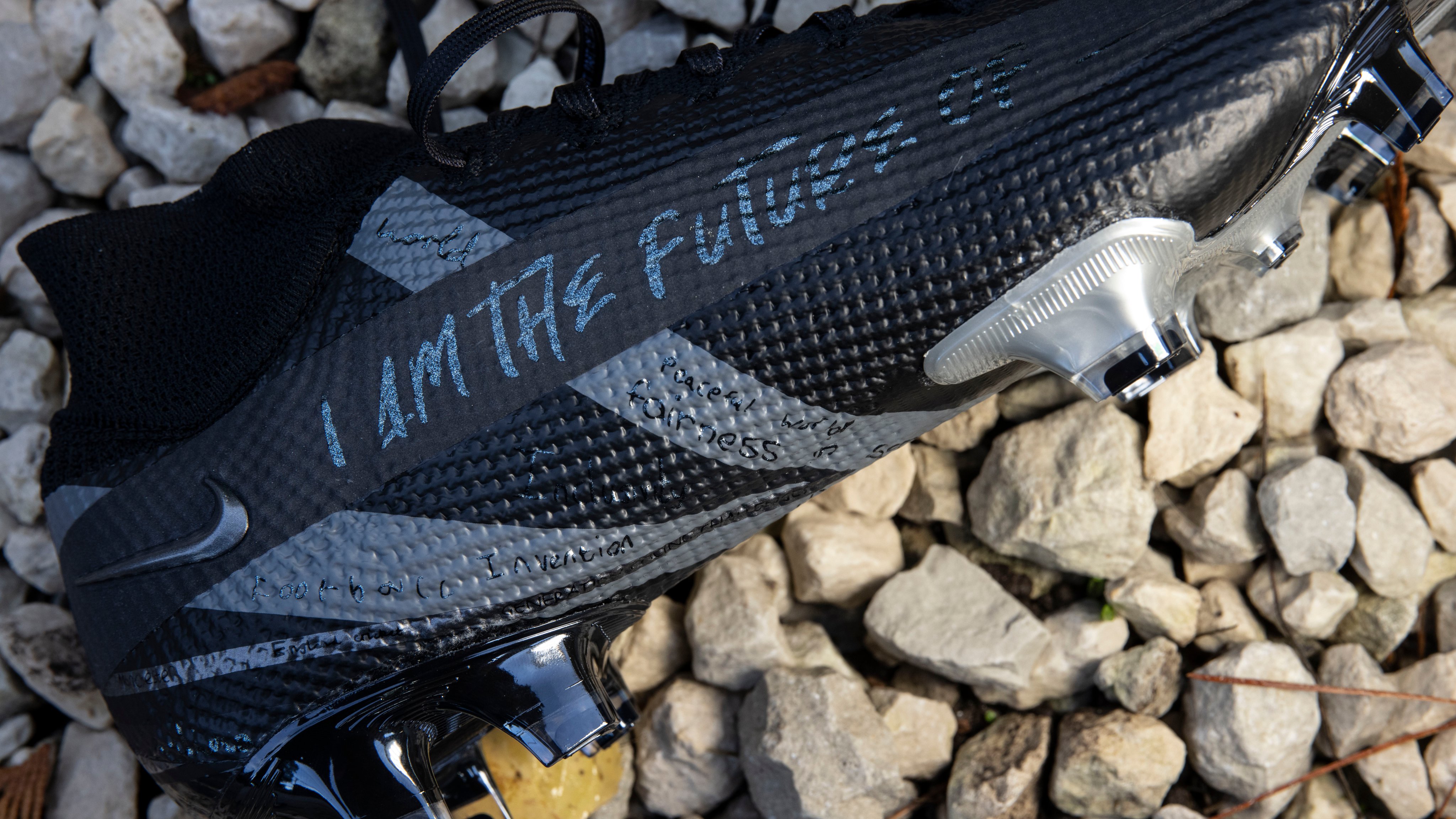 The custom-made boots will not be available to buy.

Rashford said: "This project was an opportunity for me to give millions of children in the UK a platform to share their voice and inspire the next generation.

“If I hadn’t experienced what I experienced as a child, I couldn’t stand here today as a voice for change. There would be little power in the delivery of my message.

“I wanted to carry their voice with me, standing in Wembley Stadium with their messages written across my boots. I wanted to give them a moment to shine.

Children need to believe that they can be anything they want to be, regardless of system failings and injustices."

"Children need to believe that they can be anything they want to be, regardless of system failings and injustices.

"We must allow and encourage our children to dream because sometimes dreams are all they have.”

After getting the news of his MBE gong, Rashford revealed he will take his mum Melanie to meet the Queen.

And he was praised by Three Lions pal Eric Dier who labelled him a 'role model for not only kids – but us as players as well'.