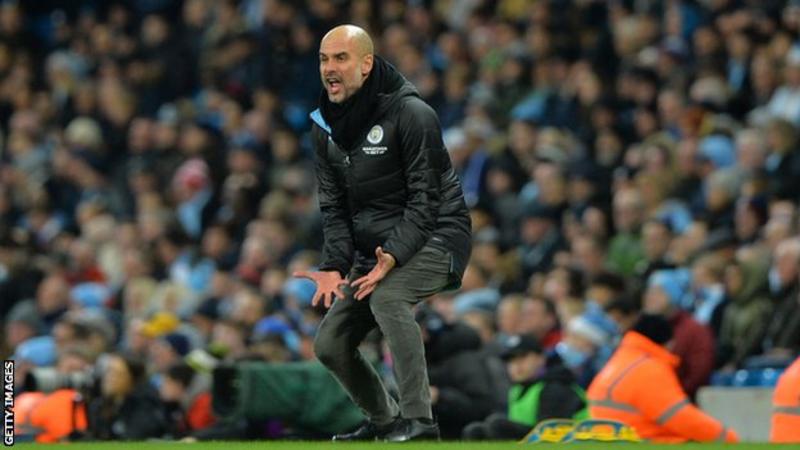 Manchester City must “work harder, play better, and pray” if they are to close the gap on Premier League leaders Liverpool, says manager Pep Guardiola.

The Reds are currently 13 points clear of Leicester City at the top of the table with a game in hand.

Reigning champions City are a further point behind, having lost two of their last five league games.

Guardiola added that his side were capable of putting pressure on Liverpool “when everyone is fit”.

Asked what his side needed to do, he said: “Work harder, play better, and pray.”

He added: “We can always do what we can do. But there are other issues we cannot control.

When asked if those “other issues” refereed to the video assistant referee system (VAR) and City’s current injury list, Guardiola said: “You know that.”

But he refuted suggestions that City’s lack of activity during the summer transfer window was to blame for the club’s slip down the table.

City signed four players during the period but have been plagued by injuries with Aymeric Laporte, Leroy Sane, David Silva and John Stones all currently sidelined.

“No. I think the team is fantastic. I love my team,” said Guardiola. “We have had problems with injuries.

“Liverpool are incredible, they are champions of Europe and have dropped two points, so we must congratulate them.

“The distance between us is not as it should be, but it is what it is.”