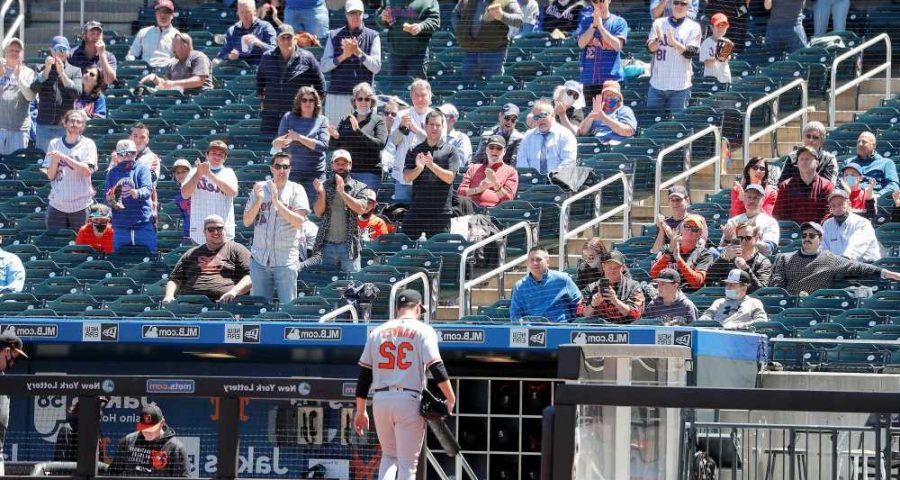 This is the biggest Knicks-Lakers game in 48 years

Why would the Knicks change now?

To all of you.

To you, the 8,035 fans who came to Citi Field Wednesday afternoon, who stood and cheered when Matt Harvey took the mound in the bottom of the first inning, who cheered even louder when Harvey came to bat in the top of the second, who offered up one last ovation as he took the long, lonely walk in the bottom of the fifth when the wheels spun off at last.

Good for you, for remembering the good times. Good for you for shunting aside the memories that aren’t frosted in fondness. Good for you. You brought a 32-year-old man to the brink of tears — grateful tears, raw emotion, thankful for this moment, for this opportunity to walk again where once he was young, and dominant, and bulletproof.

“What the fans gave me out there was pretty incredible,” Harvey would say later, after this 7-1 Mets victory was etched into the books. “I was holding back tears, I’m not going to lie about that. It reminded me of a lot of the good memories and was very special to me. It was something I’ll never forget.”

Harvey admitted he wasn’t quite sure what the reaction might be, because he knows better than anyone how badly it ended here — not just his performance, which was never quite the same after thoracic outlet surgery in 2016, but his behavior, and his immaturity, and his chronic petulance.

Here’s what he should have known about New York, though:

The people here celebrate the good more than they will ever denigrate the bad. Grudges aren’t often held here. New York has a long memory, and is forever forgiving, and understands that sometimes you need to taste the canvas a few times before you truly understand just how good the good times are.

And when you’re ready for reconciliation, New York is here for you.

And, of course, the night of Nov. 1, 2015, when he threw eight shutout innings at the Royals in Game 5 of the World Series, when he demanded the ball in the ninth inning and Citi Field nearly went berserk backing him up — even if there was a cruel twist awaiting that narrative. All of those memories happened here, at Citi Field. Harvey was the first true curator of the Mets’ new baseball home. New York remembers.

Things were never the same for Harvey after Game 5. Not here. Not in Cincinnati or Anaheim or Kansas City. Baseball threw a few haymakers at him. Life kicked him in the kneecaps. He has been humbled. And if he has truly found a Second Act in Baltimore — remember how good he was against the Yankees a few weeks ago, after all — he’s earned that curtain call. Earned every second of it.

“Me getting in my own way, causing some of those problems,” Harvey said, in a stunning moment of self-reflection. “I feel for these fans, feel maybe I let them down.”

He added: “The last couple of years have been extremely humbling. I’ve learned from my mistakes, finally being healthy and trying to reinvent myself out there. It hasn’t been easy.”

And then: “I wish it could’ve ended differently.”

He wasn’t alone. Those 8,035 folks who saluted him three different times, every one of them would change the script the last six years if they could. Every one would wish for Harvey another day as the Dark Knight, as the brightest baseball star in the biggest baseball city. In their heart of hearts, he should be well into his eighth full year as a Met, maybe approaching 150 career wins, maybe playing Koosman to Jacob deGrom’s Seaver.

So do reconciliations. Bravo to you, New York, for making that happen. Bravo to Harvey for opening his heart.