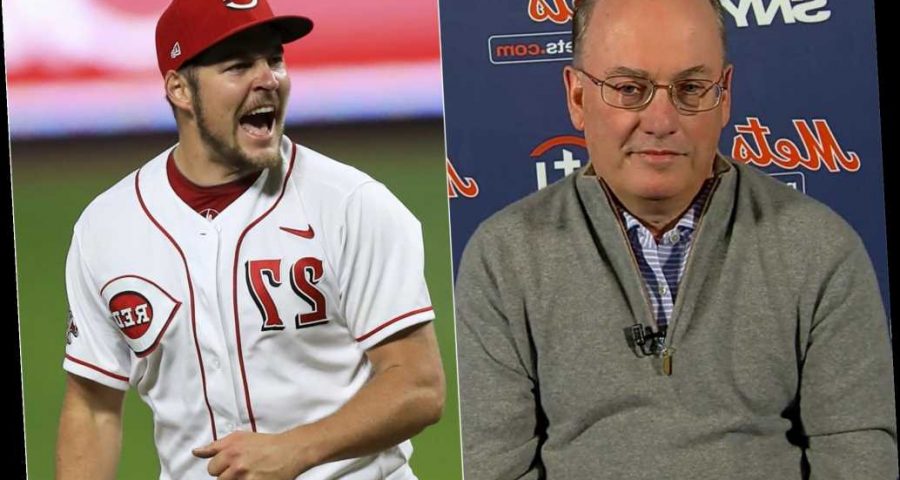 The only contract Mets should offer Trevor Bauer: Sherman

How Masahiro Tanaka's Yankees legacy measures with the greats: Sherman

When Steve Cohen held his introductory press conference as Mets owner on Nov. 10, he mentioned the Dodgers as the team he wants his franchise to emulate.

On Friday, Cohen and the Mets saw the gap between the franchises manifest as Trevor Bauer chose the Dodgers.

The gap is the physical one that the Mets could do nothing about — the 2,805 miles that separate Citi Field from Dodger Stadium. Bauer, from the Los Angeles area, gets to go home.

But Bauer accepted a few million dollars less in overall value to be a Dodger rather than a Met for more specific than Pacific reasons. The Dodgers are everything that the Mets (and pretty much every team) aspire to be.

They are MLB’s surest contender, having won eight straight NL West titles and last year’s World Series. The Mets have made the playoffs twice in 14 seasons. The Dodgers are at the vanguard of pitching modernity; vital for Bauer, who perhaps has done more than any active player to mainstream cutting-edge tools to maximize performance. The Mets are trying to play speed catch-up in this arena. The Dodgers are blessed with the kind of mature clubhouse that can absorb a polarizing player. The Mets are still trying to prove all the dysfunction in their shop was not Wipon-caused.

The Dodgers also provide a mega-city stage for Bauer, who has ambitions to have a powerful personal brand. New York City could deliver that, too. Plus, under Cohen, the Mets can be competitive financially compared to the Fred Wilpon version, which was always trying to recapture the Dodgers — the Brooklyn Dodgers.

The power of the current Dodgers is that they have created such a monster or financial flexibility, productive farm system and appealing locale that they push into just about every market to see if they can land difference-makers. Their leverage is knowing they will still be terrific without the player. They, for example, tried hard last year on Cole, offered less than the other New York team and didn’t get him. They lost Kenta Maeda and Hyun-jin Ryu, who finished second and third, respectively, in the AL Cy Young race. And David Price opted out of the season. Yet, they won it all, partially, because they still had oodles of starting ptiching.

This offseason, they didn’t offer as much as a New York team and still landed the 2020 NL Cy Young award winner. They tried this kind of short-term, high annual value pitch a few years back with Bryce Harper and it didn’t work. It did now, as the Dodgers blow way beyond the $210 million luxury tax threshold, capitalizing when other big-market clubs like the Yankees are treating it like a demilitarized zone never to approach.

Bauer is probably in for at least two years before skipping out (with health) on the $17 million due in the 2023 final season. The Dodgers have about $87 million due off their books after this year, namely with Clayton Kershaw, Kenley Jansen and Corey Seager free agents. They will have to retain or replace Kershaw and Seager. But by the time they must decide on Cody Bellinger and Walker Buehler, Bauer and his big paydays are likely to be gone from the books.

Also, this move counters the Dodgers’ strongest NL West pursuers, the Padres, who solidified their rotation this offseason with Yu Darvish, Blake Snell and Joe Musgrove. Bauer joins Buehler, Kershaw, Price, Tony Gonsolin, Dustin May and Julio Urias. That quality/quantity attacks a season when teams are fretting about covering 162 games of innings after pitchers had just 60 games of work last year (and none in the minors).

Plus, the Dodgers did keep Bauer from the Mets, who with an ideal version of the righty would have become a stronger NL obstacle. It is a loss in that way. But I continue to believe it was the wrong guy at the wrong time for the Mets as they try to foster a culture and foundation that can absorb any type of player.

The Mets still have ways to take a strong shot in 2021 without disrupting the future by improving in center with a Jackie Bradley or a Lorenzo Cain, making an upside play on James Paxton or imagining — of all things — the Dodgers are done spending and Sandy Alderson tries to reunite with Justin Turner.

But that is about 2021. By failing on Bauer, the Mets retain their second-round pick this June and $500,000 in international pool money (which would have been compensation for signing Bauer). They must use it wisely. There are many miles to go to meet Cohen’s ambition to be the East Coast Dodgers. On Friday, they encountered firsthand what they hunger to be.