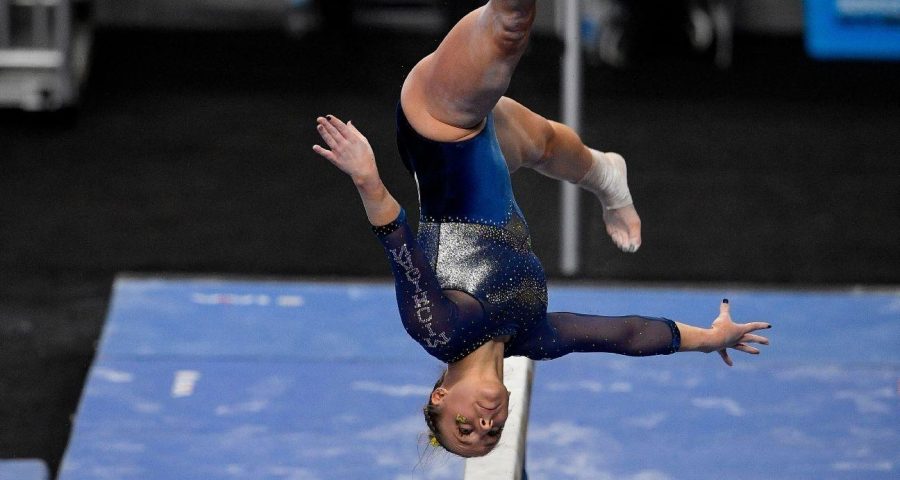 It all came down to the final gymnast.

With Michigan and Oklahoma tied and a national title on the line, all eyes in Fort Worth’s Dickies Arena were on the Wolverines’ Abby Heiskell as she mounted the balance beam for the final routine of the day.

In the end, her score of 9.9250 was good enough to secure Michigan its first NCAA women’s gymnastics championship in program history. The junior was mobbed by teammates after she nearly stuck her landing, and they all held hands while anxiously awaiting her score.

When it was announced, they jumped up and down in celebration and embraced one another.

“It means the world,” said Michigan sophomore Sierra Brooks. “Our team has talked about this for so long and I think even waking up this morning, we were so just eager to be out there because we knew we could do it, and we did it. And we’re national champions and that’s crazy. I’m so excited for this team.”

Michigan is just the seventh team in the history of NCAA women’s gymnastics to win the title.

Brooks had the highest all-around individual score of the day with 39.7750.

The Wolverines took the lead after the first rotation on floor exercise and remained in control until the final event. The Sooners, closing the day on floor, made a late push to even the score, but in the end it wasn’t enough.

Michigan coach Bev Plocki was emotional following the victory, as she reflected on the challenging season due to the coronavirus pandemic.

Florida, which spent all of the regular season ranked No. 1 in the nation, spent much of the meet digging itself out of a hole after a disastrous first rotation. The Gators entered the postseason as the top-ranked team on beam, but had two uncharacteristic falls on the event, and had to count Trinity Thomas’ score of 9.175.

Florida trailed then-third place Utah by 0.6625 heading into the second rotation and was never able to recover.