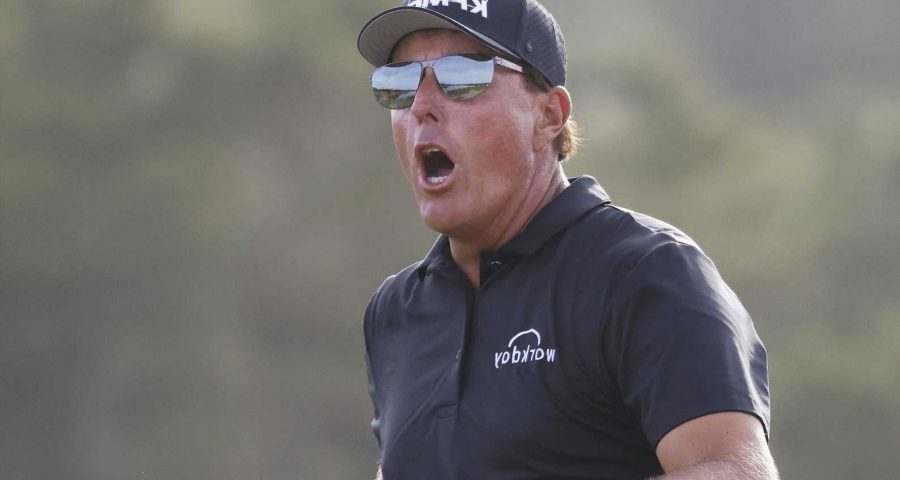 PHIL The Thrill is on the brink of giving himself the buzz of a lifetime after a nerve-jangling roller-coaster ride in the third round of the USPGA Championship.

Phil Mickelson will take a one-shot lead into the final round at Kiawah island as he bids to become the oldest ever Major winner, just a month short of his 51st birthday. 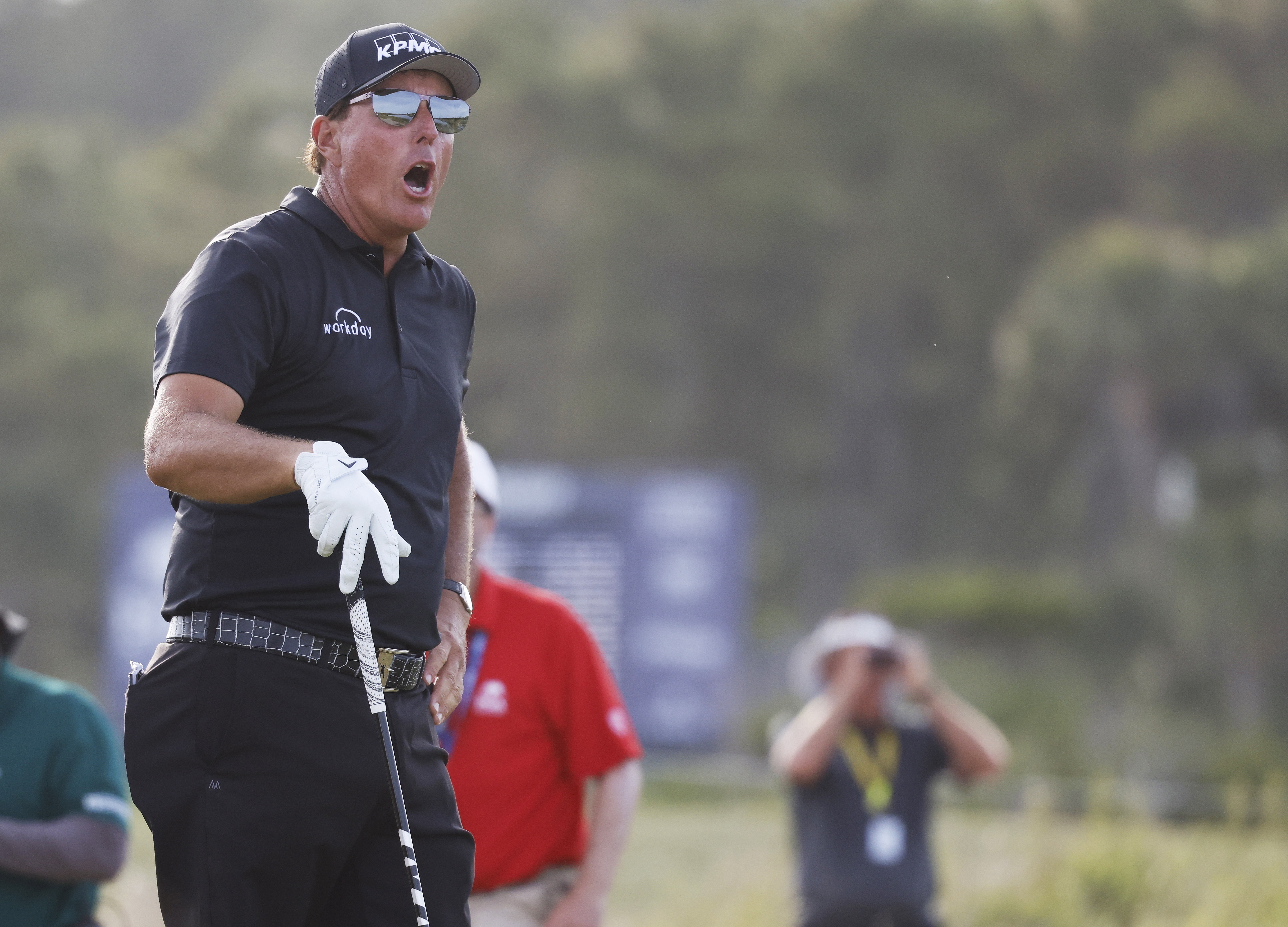 If he pulls it off, Mickelson will overtake Julius Boros – who was 48 when he won the USPGA in 1968 – as the oldest man to win one of golf’s biggest prizes.

And he will also join Nick Faldo and Lee Trevino on six Major victories, lifting him to joint sixth on the all-time list.

With ten holes to play that possibility looked a racing certainty, as Mickelson was five shots clear of the rest at Kiawah island and was playing flawless golf.

The man who has relied on his short game genius to win his previous big titles was giving a long game masterclass, splitting fairways and drilling gorgeous iron shots at the flags.

But Kiawah Island is not known as one of the toughest Major championship tests of them all for nothing, and Mickelson offered nearest rivals Louis Oosthuizen and Brooks Koepka hope by frittering away shots on the back nine.

American journeyman Kevin  Streelman also found himself in the mix as the Major winners ahead of him faltered. 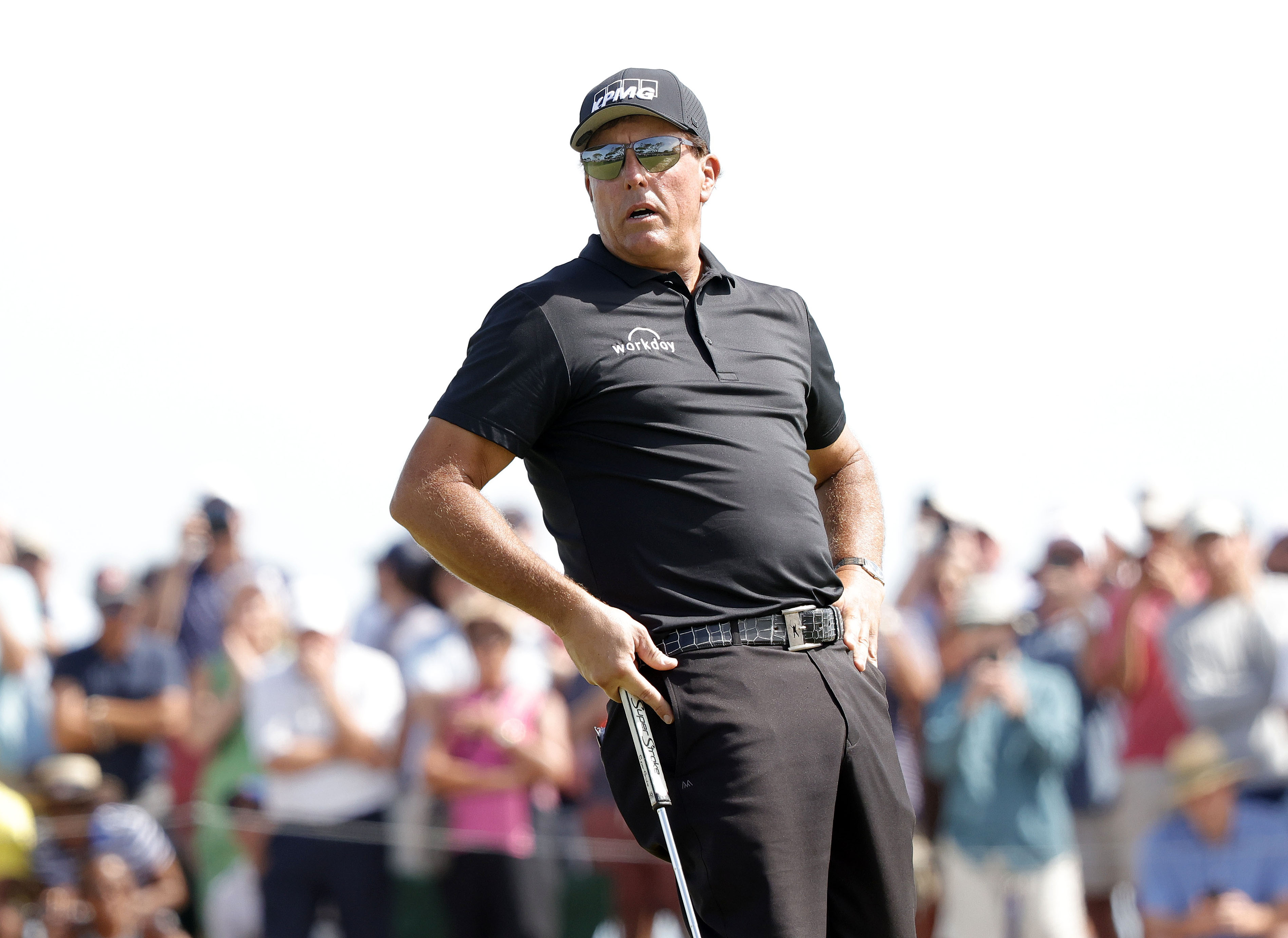 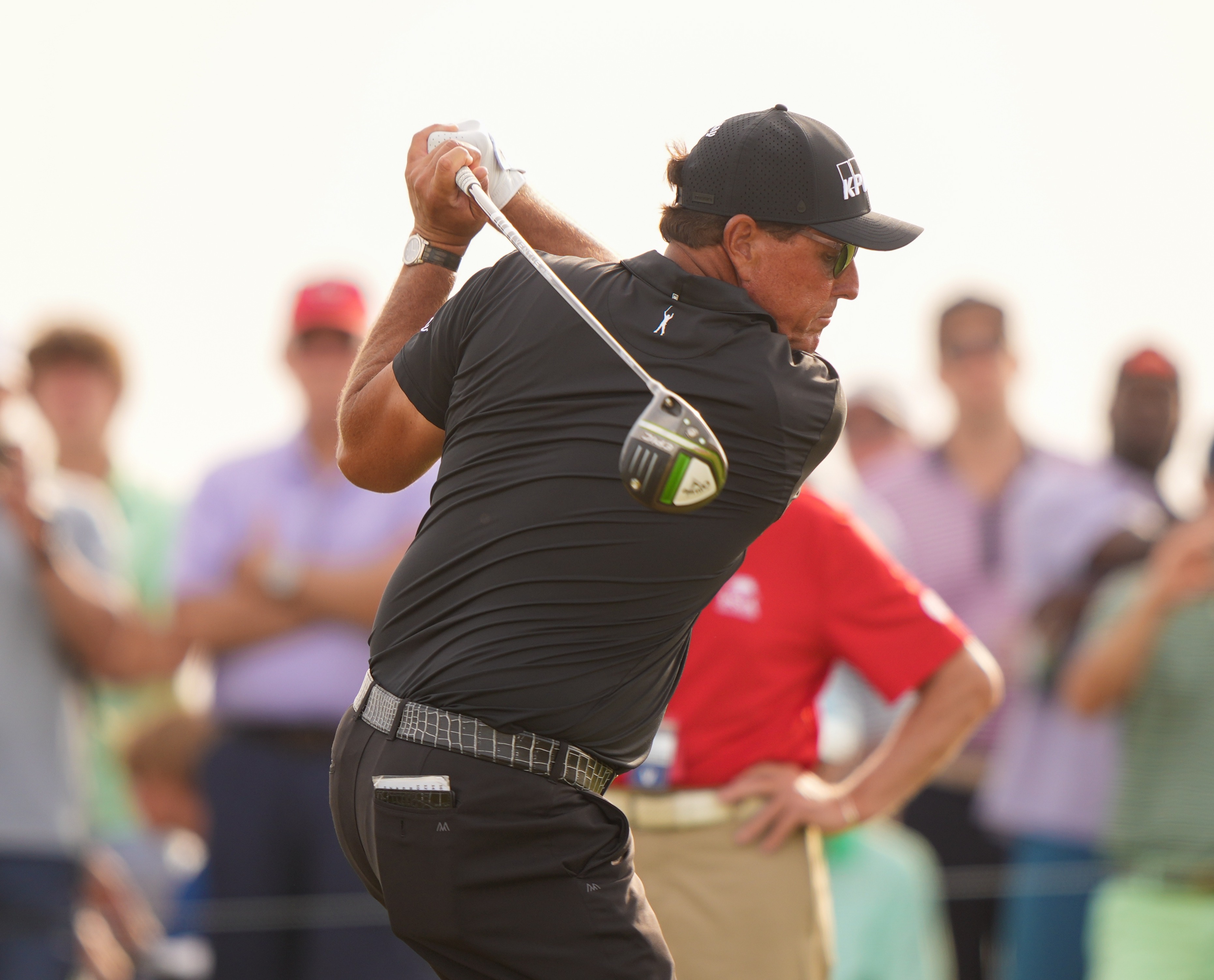 But there is no doubt who the crowds will be rooting for today – the man who was winning PGA Tour events before the Ocean Course was even built to host the 1991 Ryder Cup.

Mickelson started his epic round with a routine par, but the fun and games started on the 557 yards par five second as two mighty blows set up an eagle chance from 14 feet.

That putt slid by, but it was a kick-in birdie, and a magnificent second shot on the third left another tiddler for birdie number two.

The magic continued as he rolled home a 26 footer on the sixth, and after starting out level with Oosthuizen on five under, Lefty had raced to eight under and a three shot lead.

That advantage grew to five as Mickelson continued to make a mockery of Father Time – and the ultra-tough Ocean Course, with further birdies at seven and ten, taking him to double digits below par.

But Mickelson has never been one to make things easy, and the first hiccup came as a three-putt denied him a birdie on the easy par five eleventh – although it was forgivable considering the first putt was from almost 99 feet!

Oostuizen managed to birdie that holke after deciding against going for the green in two, and two birdies in three holes from Koepka saw him join the South African on six under par. 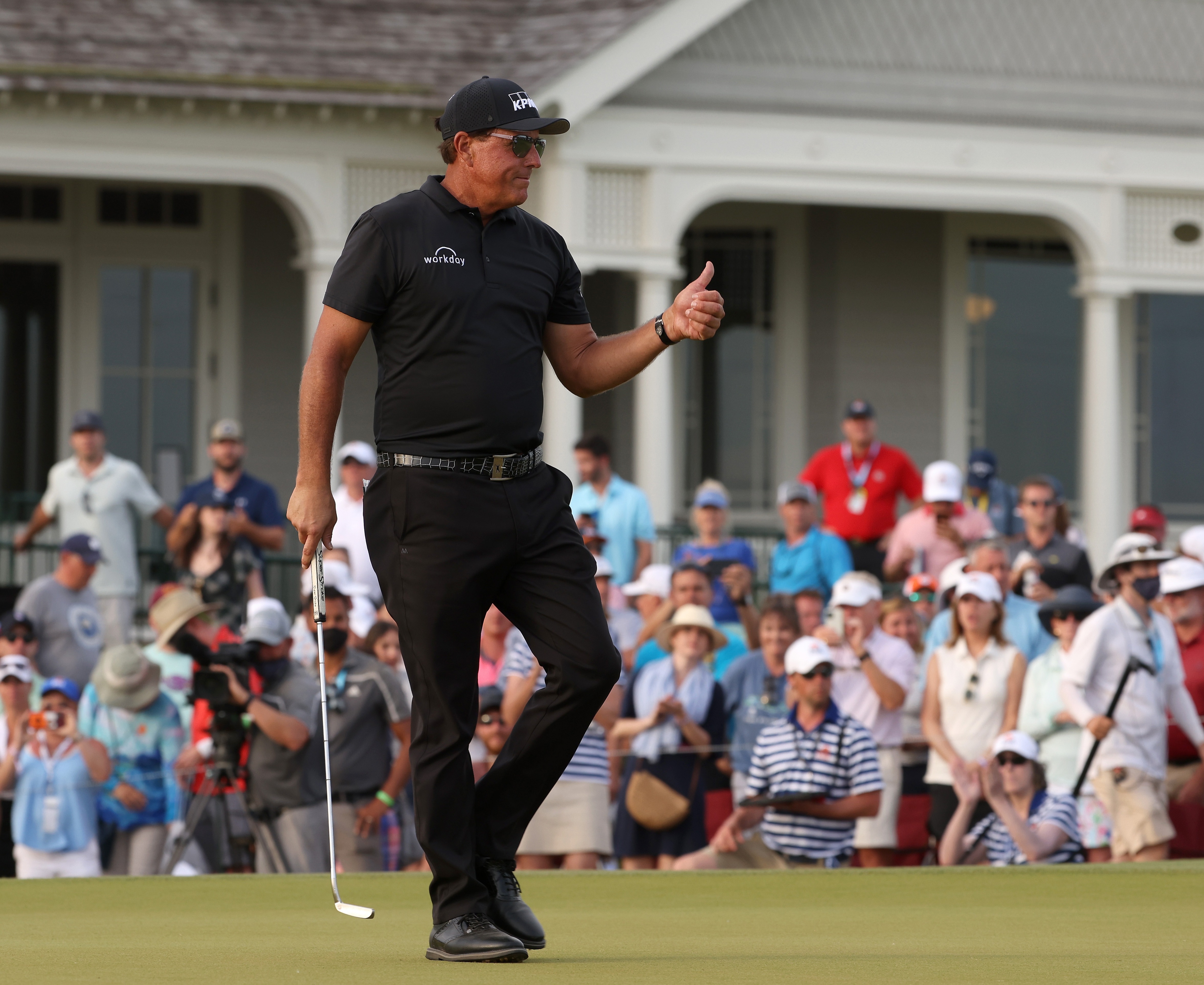 Mickelson might not have been kicking himself too much after that three-putt, but  finding a deep bunker off the tee on the 12th was a bad mistake.

A bad lie meant he could only slap his ball thirty yards down the fairway, and when his long putt for par pulled up on the edge of the hole, Oosthuzien’s birdie on that hole meant he was suddenly two off the lead.

But that big swing seemed to affect both men – as they were guilty of awful swings off the 13th tee.

Oosthuizen’s hook sent his ball floating into the water, and he was forced to take a penalty drop 220 yards from the hole.

Mickelson’s drive was even worse. It never crossed the water line before it splashed down, and he had to re-load.

Oosthuizen salvaged a five, and amazingly his playing partner had a chance to match him, after Mickelson’s fourth shot pulled up seven feet from the flag.

But his bogey putt lipped out, and his double dropped him to seven under.

Mickelson said he can't wait for Sunday's final round.

He said: "I think that because I feel or believe that I'm playing really well and I have an opportunity to contend for a major championship on Sunday and I'm having so much fun that it's easier to stay in the present and not get ahead of myself.

Mickelson last won the PGA Tour in 2019. He claimed two triumphs last year on the Champions Tour — the 50-and-older circuit.