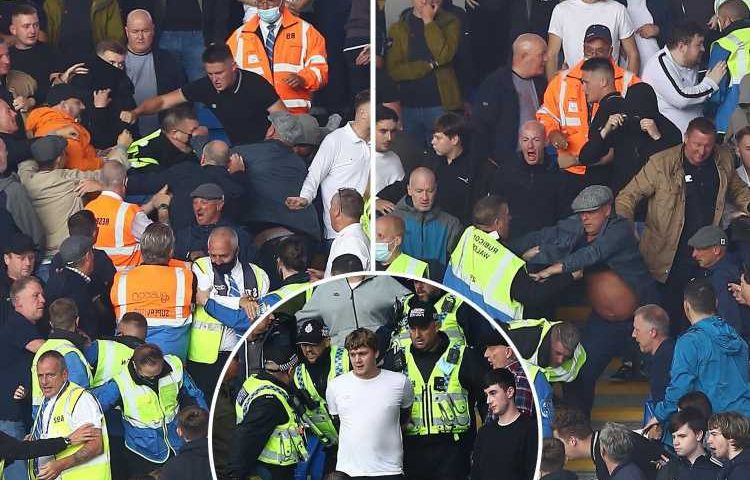 MILLWALL fans were involved in an away end brawl during Saturday's Championship clash with Cardiff.

Stewards and police were seen among the supporters during the scuffles in the Welsh capital. 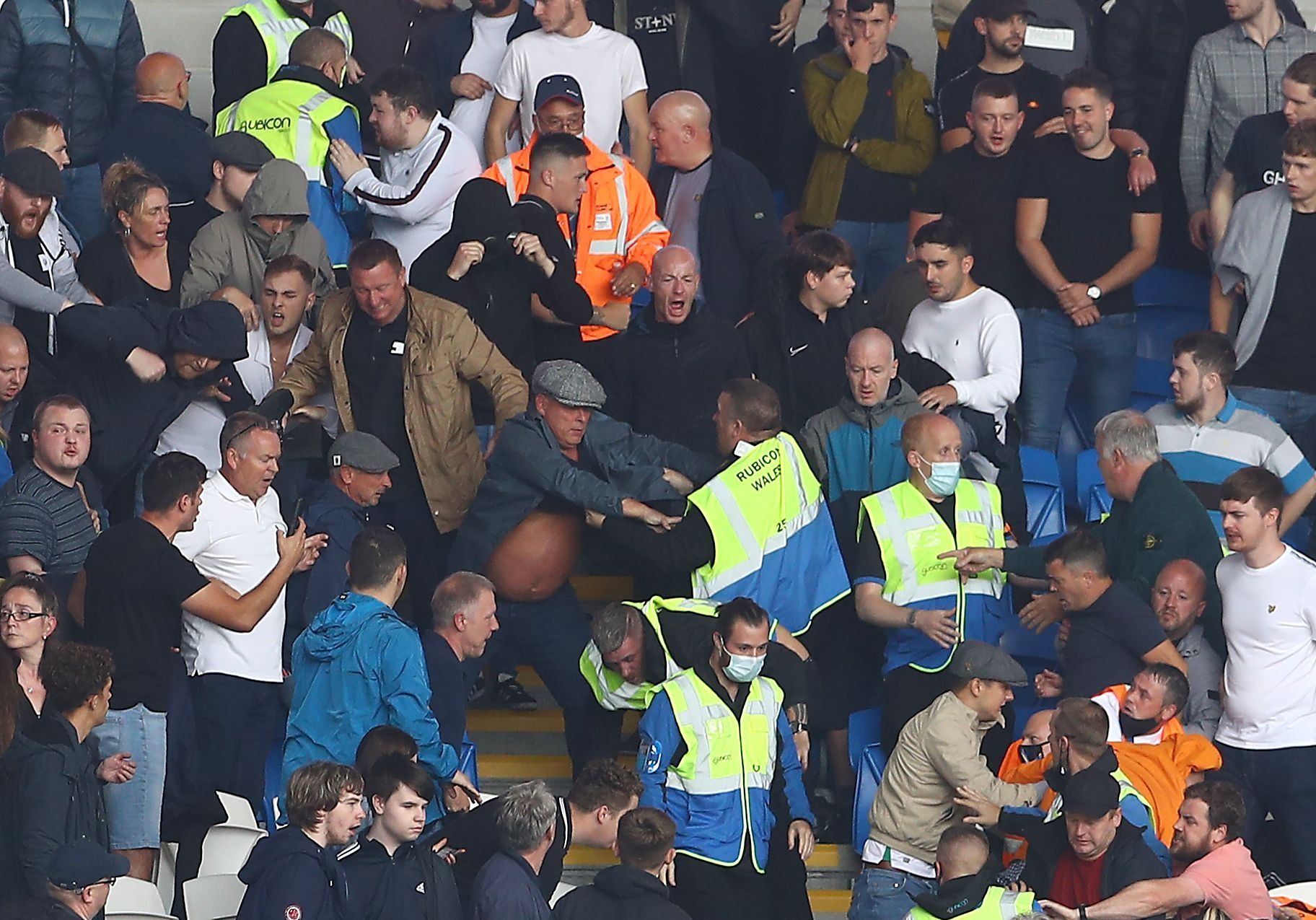 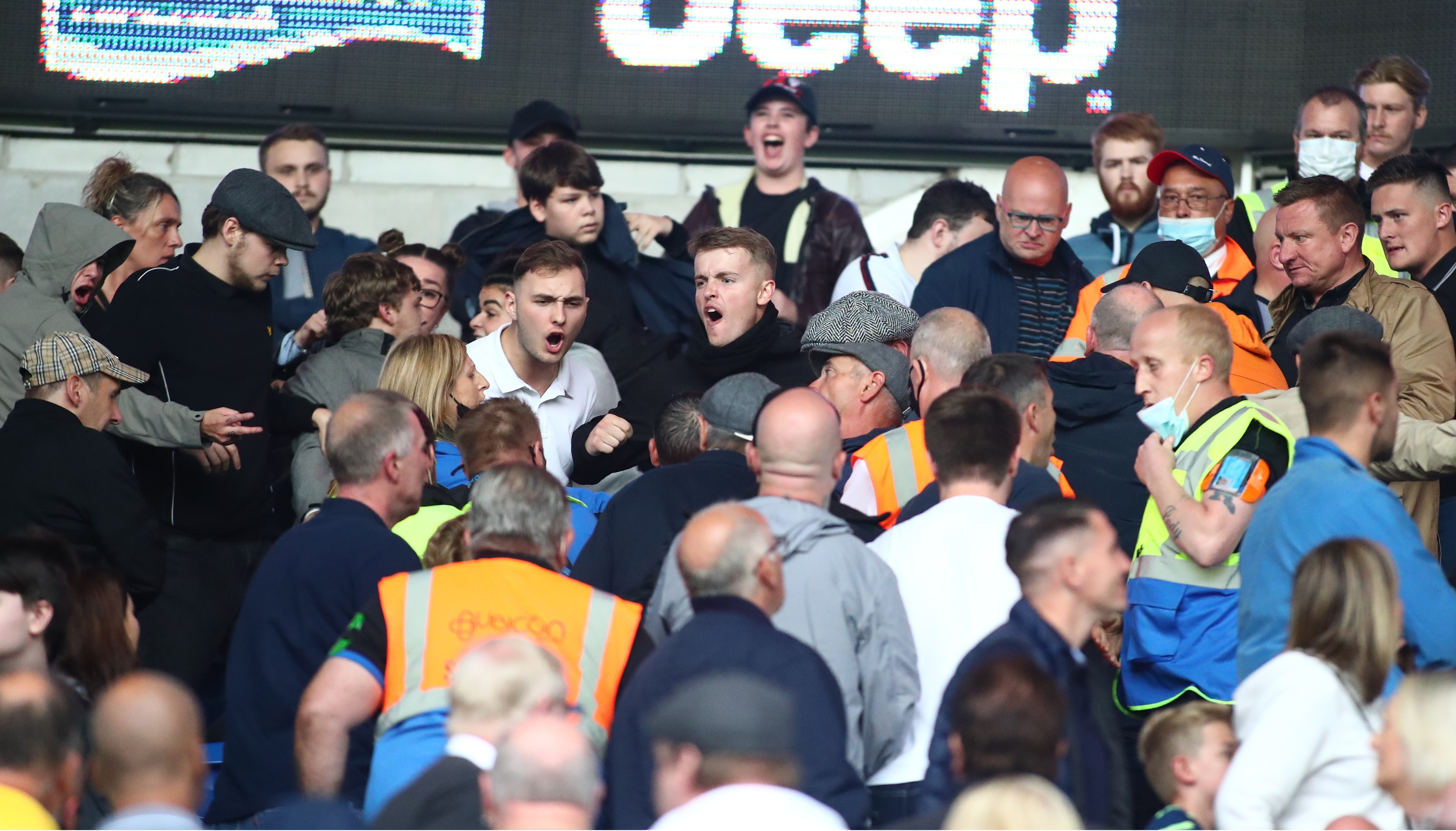 It is unclear what began the incident, which occurred during the Lions' 3-1 defeat in the Championship fixture.

A section of Millwall fans had earlier booed the taking of the knee before the match.

Cardiff players took part in the anti-racism gesture while their opposition remained standing, with the home crowd applauding the stance.

Lions boss Gary Rowett made headlines during the week by blaming those taking the knee for 'causing a rift' – earning a sharp rebuttal from ex-Championship winning captain Jobi McAnuff.

On the pitch on Saturday, Cardiff took all three points after a four-goal second-half. 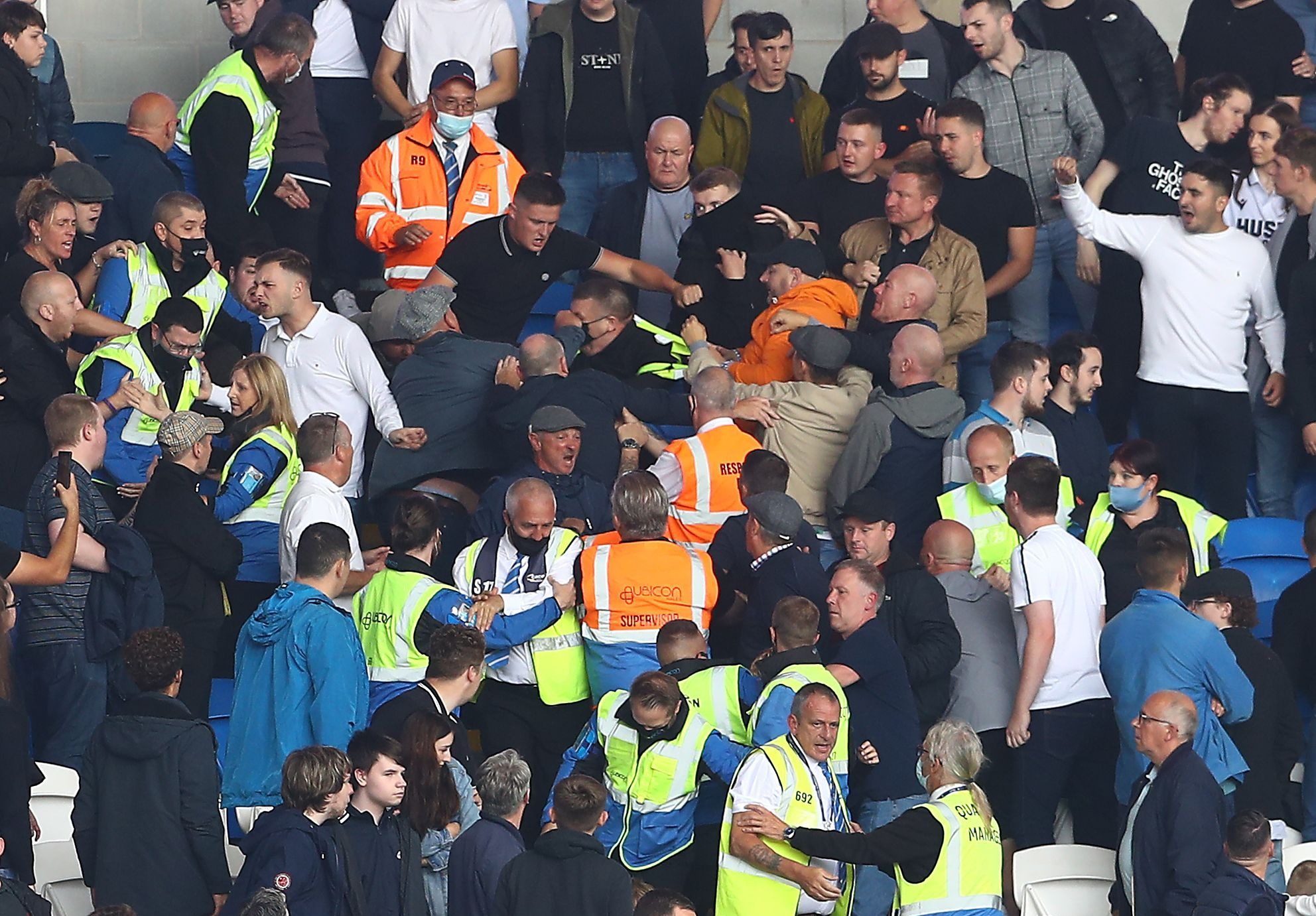 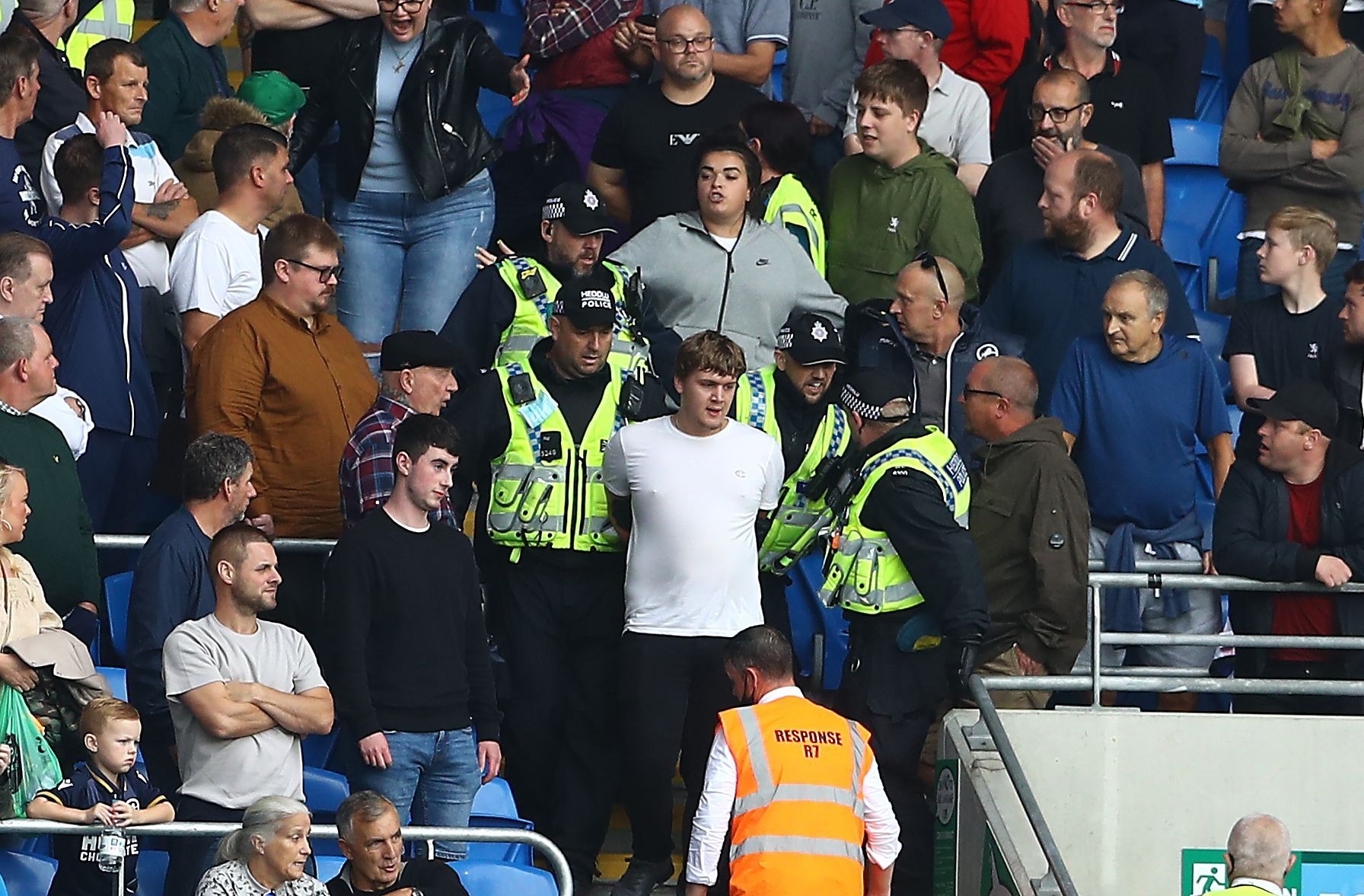 BETTING SPECIAL – GET £50 IN FREE BETS WITH SKY BET

The defender notched his second brace in a week with another header four minutes later.

Benik Afobe got Millwall back into the game but the Bluebirds quickly regained their two-goal advantage.

Sean Morrison bagged his first goal of the season with seven minutes left, condemning the capital club to their ninth winless trip to Cardiff in a row.