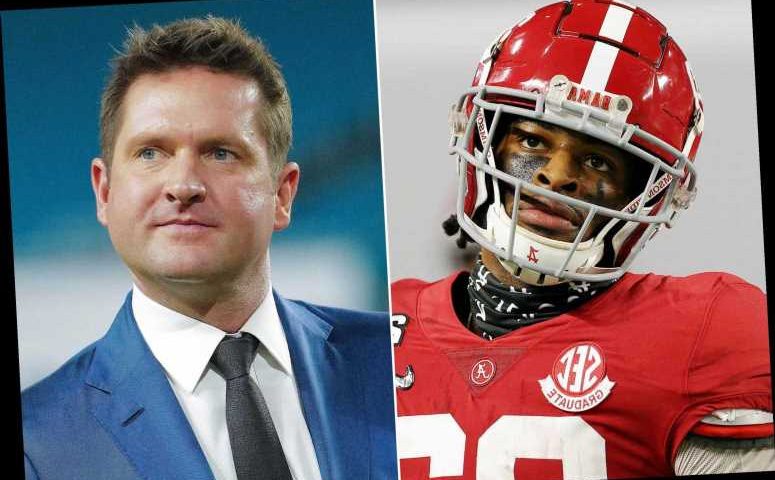 The fear that pushed Jets into Sam Darnold trade

We like to think that athletes don’t get caught up in what media members say about them. But it’s important to remember that they’re people too – and Najee Harris reminded us of that.

The star Alabama running back went on Adam Schefter’s podcast this week, where the ESPN insider read him draft expert Todd McShay’s player profile. At one point, he mentioned that Harris showed “improvement” as a pass-catcher, which he took offense to – quite bluntly.

“I think Todd McShay can kiss my a–,” Harris said.

“How is he gonna say ‘He showed better production?’ I did not play my freshman or sophomore seasons, rarely, ever. I didn’t have an opportunity to show I could catch. It’s not ’cause I can’t, it’s ’cause I wasn’t in the game to show people I could catch. So let’s just stop looking at the stat sheet and watch the game.”

Harris is widely expected to be either the first or second running back off the board when the draft comes along at the end of the month. He is considered more of a classic, between-the-tackles running back, however, while Clemson product Travis Etienne is more of a dual-threat pass catcher.

Harris, to his credit, doubled his career receiving output in his final season, logging 43 catches and 425 yards through the air. Both numbers were more than half of his totals at Alabama – he had 37 catches and 356 yards in his three previous seasons.