The small forward was left bloodied and later required EIGHT stitches after team-mate Serge Ibaka inadvertently elbowed him in the face. 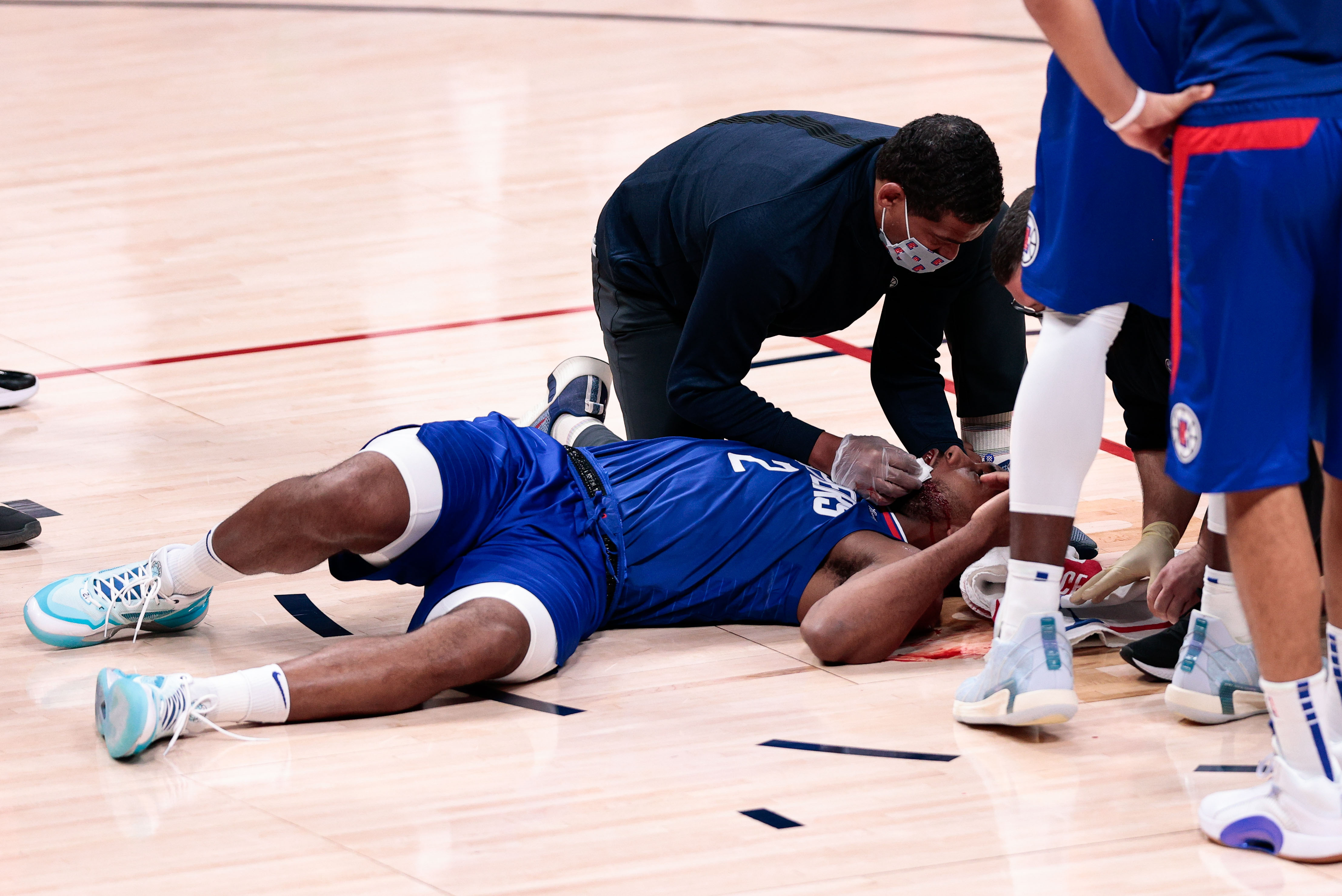 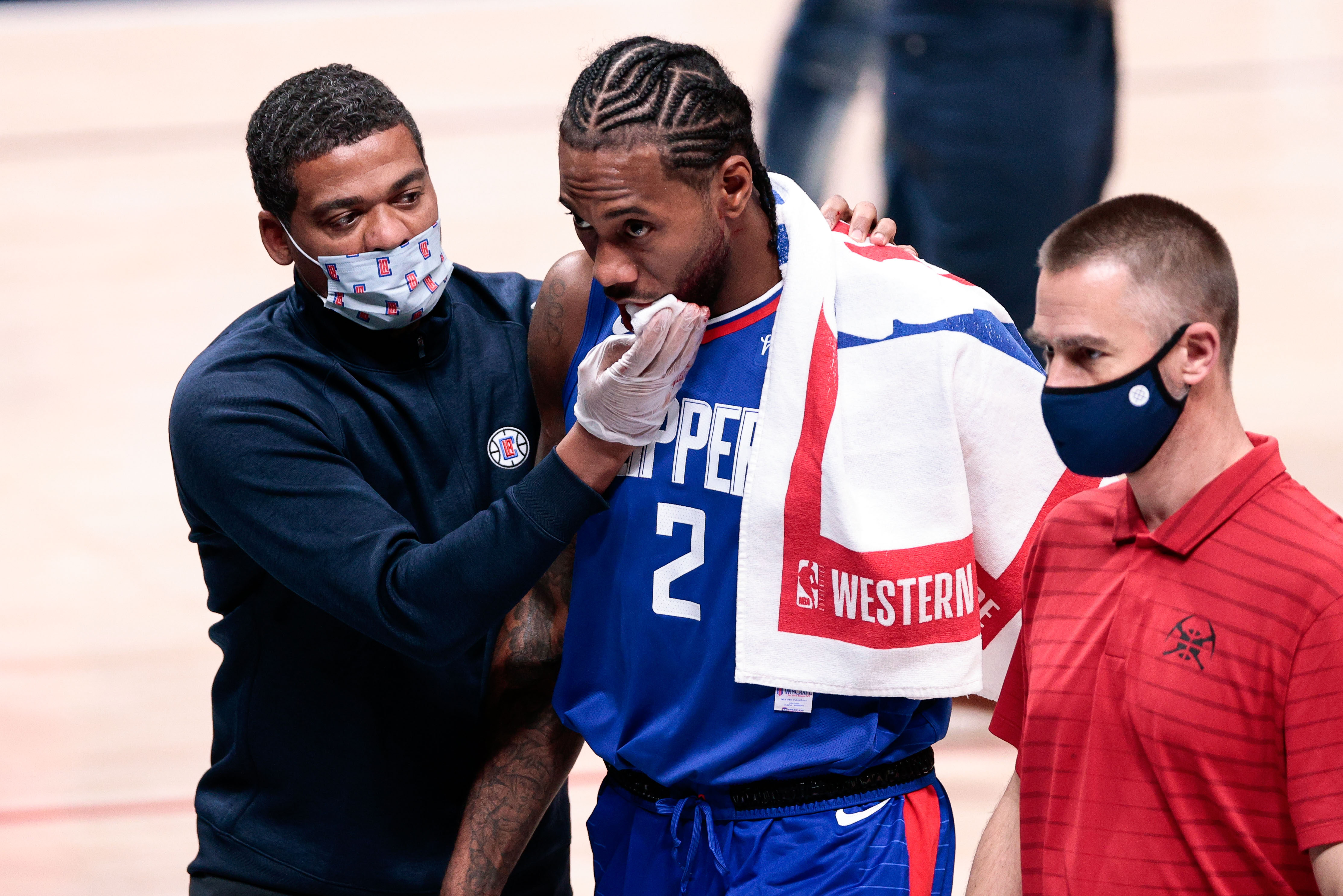 The pair's sickening collision came amid a fight for a loose ball late in the fourth quarter.

Ibaka was going up for a defensive rebound when he accidentally elbowed Leonard in the teeth and sent the All-Star forward to the floor.

The 28-year-old was unable to complete the rest of the game and team-mate Paul George admitted he was deeply concerned by the blood.

"I was thinking of the worst. I didn't know if he was concussed or how hard of a hit [it was] or what actually happened, because I didn't see it.

"I just saw him laying on the ground. That was first and foremost, just making sure he was OK."

Leonard was able to stand up and walk to the locker room but had to have eight stitches to close a mouth laceration.

Without the two-time NBA champion, the Clippers improved to 2-0 with a 121-108 win over the Nuggets on Friday.

When asked what his side did to keep their composure after Leonard's injury, coach Tyronn Lue replied: "Nothing was said.

"You know, just next man up. We know Kawhi is a great player. We got to have the mindset that if he goes down, everybody has to be able to step up.