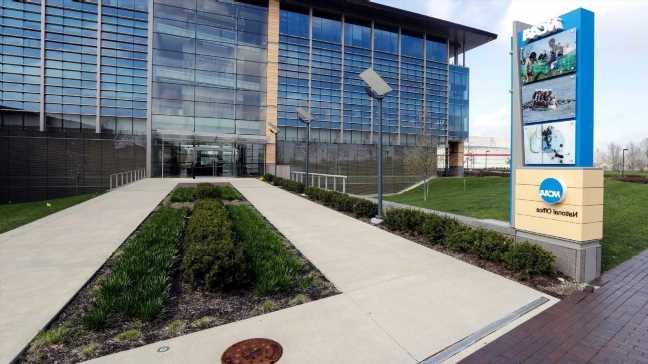 Every NCAA athlete in the country will be able to make money from endorsements and through a variety of other ventures starting Thursday.

The NCAA’s board of directors decided Wednesday to officially suspend the organization’s rules prohibiting athletes from selling the rights to their names, images and likenesses. The new rules represent a major shift in the association’s definition of amateurism — one that NCAA leaders previously believed was antithetical to the nature of college sports.

The board’s decision comes after several years of debate and just one day before more than a dozen states will enact laws that will make it illegal for schools to follow the long-standing NCAA rules that have, until this week, prohibited athletes from making money.

NCAA rules that prevent schools from paying players directly remain intact. The board directed schools to make sure that payments to athletes are not expressly for their athletic achievements and to ensure that no payments are used as recruiting inducements.

The new rules will allow athletes to profit by monetizing social media accounts, signing autographs, teaching camps or lessons, starting their own businesses, and participating in advertising campaigns, among many other potential ventures. Athletes will be allowed to sign with agents or other representatives to help them acquire endorsement deals.

Some opportunities will be restricted, but the types of restrictions will vary based on state laws and policies created by individual schools. For example, some but not all state laws prohibit athletes from endorsing alcohol, tobacco or gambling products. Some but not all laws prohibit athletes from using their school’s logos or other copyright material in endorsements.

According to Wednesday’s rule change, schools in states that have an NIL law on the books are instructed to follow state law while determining what their athletes can do. The NCAA instructed schools located in states without an active NIL law to create and publish their own policies to provide clarity to the gray area and come up with a plan to resolve any disputes that arise.

College sports stakeholders tried for more than two years to develop more specific guidelines to help schools navigate the inevitable and considerable gray areas that will arise while trying to navigate the broad rules that shape the new, unprecedented marketplace created by these changes. Legal concerns, which were amplified by last week’s Supreme Court opinion on the NCAA’s business model, forced the rulemakers to be less detailed and prescriptive than they would have preferred.

The board of directors said Wednesday that its rule changes are intended to be temporary to make sure all athletes have some opportunity to profit from NIL as state laws start to go into effect. The board is hoping that Congress will help create a uniform national law that allows for clearer regulations for future college athlete NIL deals.

Members of Congress have proposed more than a half-dozen bills aimed at reforming college sports. Some are focused specifically on addressing a national standard for NIL deals. Others seek to add some significant changes that include giving athletes additional medical benefits, more educational opportunities and the rights to collectively bargain in the future. Disagreements among Republicans and Democrats about the scope of changes Congress should impose on the NCAA have stalled legislative efforts in Washington, D.C., in the past month.

Meanwhile, athletes around the country are preparing for new opportunities on the eve of what some in college sports say will be the industry’s most transformative summer since Title IX was enacted nearly 50 years ago. Several high-profile athletes are expected to announce new partnerships and deals starting Thursday morning.