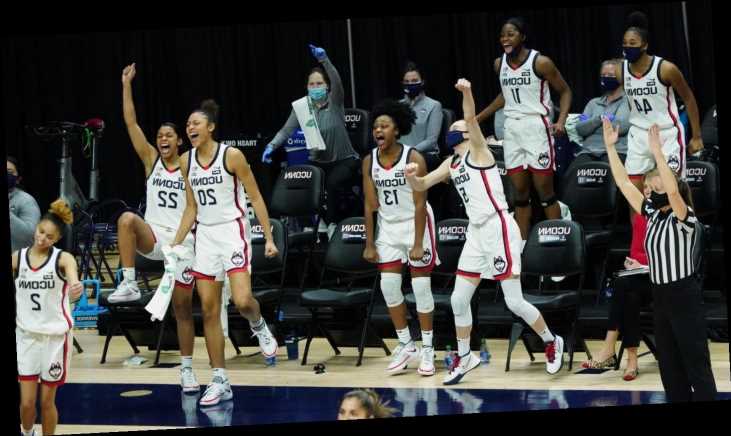 With Selection Monday nearly two weeks away, the NCAA Division I Women’s Basketball Committee revealed its second top 16 projections on Sunday, with UConn, Stanford, Texas A&M and South Carolina as No. 1 seeds.

The projections factored in games played through Saturday. The No. 2 seeds were NC State, Maryland, Arizona and Baylor. The bottom half of the projections, in order, were Louisville, UCLA, Georgia, Indiana, Tennessee, Kentucky, Oregon and Arkansas.

UConn, ranked No. 1 in the USA TODAY Sports women’s basketball coaches' poll, are 20-1 this season and have won 10 straight games. The Huskies were also the No. 1 ranked team in the initial top 16 reveal on Feb. 15.

In addition to the reveal of the top 16 teams, the NCAA announced that since the tournament will be held in the San Antonio area, the four regions will be named after San Antonio landmarks: Alamo, River Walk, Hemisfair and Mercado.

The Final Four will be held at the Alamodome beginning April 2. It will be the Alamo region winner vs. Hemisfar and River Walk vs. Mercado.

Here's where the current top 16 seeds are placed by region:

The final bracket will be revealed March 15 at 7 p.m. ET on ESPN.