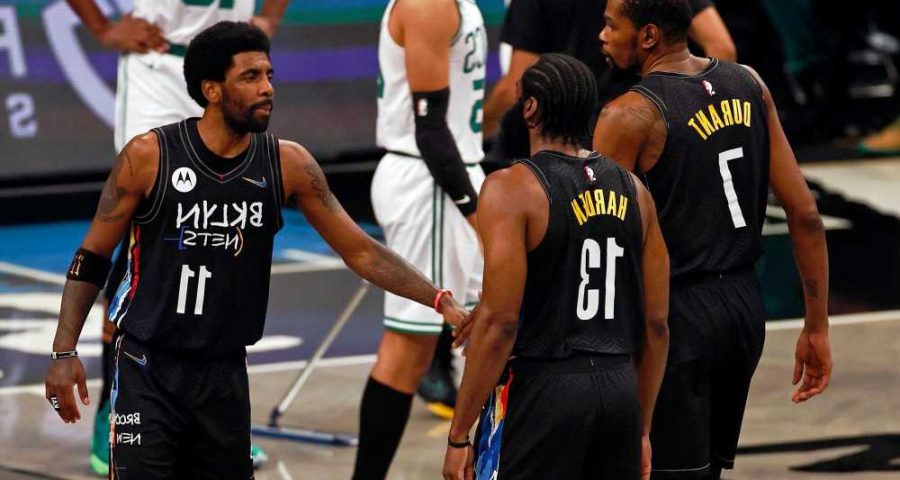 Nets' discarding of Celtics couldn't have been more perfect

Look, what can I tell you? This is a subject I find endlessly fascinating: the relationships between the fans who root for the Big Brothers in town — by consensus that would be the Yankees, Giants, Knicks and Rangers — and those who root for the Little Brothers — Mets, Jets, Nets, Islanders, Devils.

I have devoted many gallons of ink to this subject through the years, because there have been times when the status has come into question. In baseball, the fact is that from 1964-75 and again from 1984-91, the Mets did usurp the Yankees by any metric you’d care to use. It’s really the only example of that happening. But the Yankees have held sway the past 30 years.

The Jets won a Super Bowl, but it was the Giants’ whose season-ticket waiting list became thicker than the Manhattan phone book. The Nets have won a title (albeit in the ABA) more recently than the Knicks and have been to two NBA Finals since the Knicks last went, but that has never been close. And the Islanders and Devils have combined to win seven Cups to the Rangers’ one since the Devils came to town in 1982, yet nobody has ever questioned the Rangers’ pre-eminence.

There have been spasms of time when the dynamic came close to changing in baseball: 2006, 2015. It never quite happened. Same in football, during the brief prosperities of Bill Parcells and Rex Ryan.

Hockey is a unique animal: There isn’t much thought given — to these eyes that have observed my whole life — among the fan bases. They make their choices, they don’t care who you pick, if you choose the same colors, terrific. If you don’t, then it’s game on. You never heard much Rangers-fan envy when the Isles and Devils were winning Cups; you don’t hear much hand-wringing from the kid brothers that there’s far more Rangers fans. It just is what it is.

I get the sense it’s like that with Nets fans, too. Clearly someone is going to Barclays Center. Maybe TV ratings can be explained away that the Nets are more appealing to a national fan base while the Knicks continue to rule the roost in New York, but those seats in Brooklyn are occupied, and it’s unlikely these are fans who fly in from Des Moines or Reno or Topeka just on game days.

Nets fans seem to have accepted the zen that they are a minority fan base and that’s OK — in truth, they seem to revel in it. They’re like the grown-up version of the high school kids who choose to follow the school volleyball team instead of the football team. Contrarian, and proud of it.

Put it this way: My colleague Marc Berman posed this possibility on Twitter Saturday while also promoting the eight-page Nets special section we published Saturday: “With Knicks flaming out quickly, this could be time for all New York basketball fans to get behind Brooklyn’s team.”

Well, in less than an hour he got 80 replies, almost all from Knicks fans, and at last count that notion was 0-for-80.

“What a waste of paper,” said @DaveGautieri

Well, I cannot speak for the world.

But I do think I can speak for New York:

The Nets might accomplish many things across the next few months.

New York basketball unity isn’t one of them.

You know, I’m still mad about the Garden snubbing Marv Albert. And if you are too — and I know you are — do yourself a favor and listen to Marv talking to George Ofman on the podcast “Tell Me a Story I Don’t Know.” You’ll still be mad at Jim Dolan, but you’ll also want to thank George.

Bobby Valentine played for Joe Torre with the ’70s-era Mets, and they famously managed against each other for five years at the height of the Subway Series rivalry. So I can’t wait for the 20-year retrospective on 9/11 which they co-produced for HBO and will premiere on HBO Max Sept. 11 — a day when the teams will meet at Citi Field on that tragic date’s anniversary for the very first time. Torre, Valentine, Derek Jeter, Bernie Williams, Al Leiter and John Franco are among the featured interviews.

The last word on “Mare” the basketball player: Clearly she was a finisher.

Unofficial audio poll: The ovation Madison Square Garden bestowed on Daniel Jones during Game 5 the other night was significantly louder than the one it gave Zach Wilson a few moments earlier.

Whack Back at Vac

Gregg Slater: Same old James Dolan that he couldn’t do the right thing and honor 80-year-old Marv Albert during his last Knicks game at the Garden. Marv may be the greatest basketball/hockey play-by-play man of all time and is as much a Knicks legend as anyone. Thanks for the memories Marv, you’re the best.

Vac: I’ll have to check with Elias, but I think that might be the first Whack Back at Vac letter that will be met with 100 percent approval.

Paul Rinaldi: Has anyone else noticed the irony of the article on the opposite page of your wonderful story on Lou Gehrig, a superstar, who played in 2,130 straight games, that mentions two Yankees who didn’t play the night before because of “load management” and a “breather”? Today’s athletes may be stronger, faster, quicker, but they certainly are not tougher, and in this case, not better!

Vac: I can’t help but chuckle at the scene if Miller Huggins or Joe McCarthy had approached Gehrig about a “load-management” day.

@salespro1958: If there’s any quote that can sum up this past Knicks season and the ones to follow, it’s the … one that goes “this is not the beginning of the end, but rather the end of the beginning.”

@MikeVacc: And soon enough, Knicks fans will be able to take solace in that truth. Soon enough.