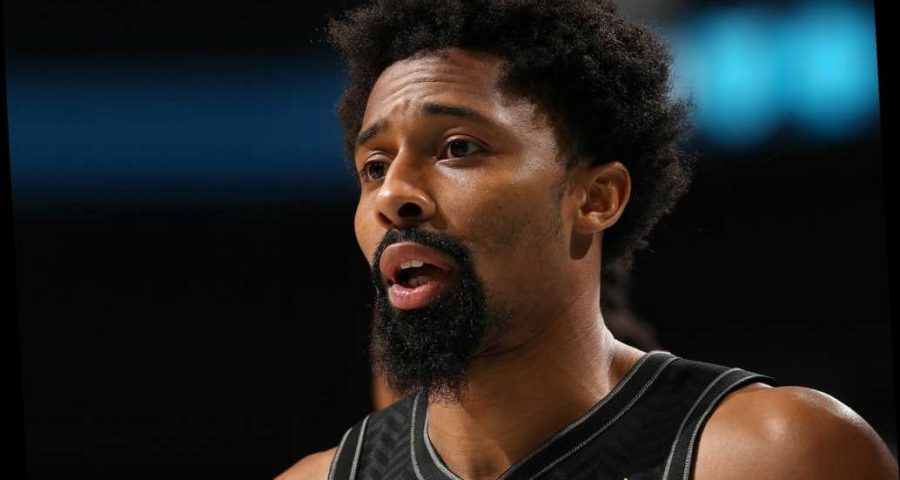 Nets star out at least three games due to ‘family matter’

Nets sharpshooter looking to snap out of slump

The Nets have been as good as any team in the NBA since acquiring James Harden. But with Thursday’s trade deadline fast approaching — and the buyout market over the two weeks after that — GM Sean Marks may not be closed for business.

Granted, the Nets don’t have a ton of expendable assets and might be hard-pressed to deal for a significant player by Thursday’s 3 p.m. deadline. That doesn’t mean one might not be outgoing, with Spencer Dinwiddie continuing to attract attention.

Dinwiddie suffered a partially torn ACL in the third game of the season and is unlikely to return the rest of the way. While Timothe Luwawu-Cabarrot and Chris Chiozza have both fallen from the rotation, Dinwiddie is the most attractive chip that Marks has.

The addition of Harden gives the Nets a crowded backcourt. Dinwiddie, 28, has a $12.3 million player option next season, and with the perception around the league that he could get more in free agency despite his injury, he could decline it and hit the market. Marks rarely allows assets to walk for nothing.

The Pistons — who once gave up on Dinwiddie — have shown interest in bringing him back to Detroit. The Athletic reported interest from Miami and Toronto, with Bleacher Report adding Chicago, Houston and Indiana. Any team dealing for him would get his Bird rights if he declines his option.

Despite sitting just a game behind Philadelphia in the East, the Nets have at least three needs: Another mobile big, a defensive wing, and replenishing assets.

After Nic Claxton’s impressive return from injury since Feb. 23 and debuting Blake Griffin’s promising plus-12 in just 15 minutes Sunday, a wing defender may have moved atop the list. Toronto’s Norman Powell (who has an $11.6 million player option) and Detroit’s Rodney McGruder could be on the block.

The Nets still have a $5.8 million disabled player exception for Dinwiddie. With Kyrie Irving out due to a family matter and Landry Shamet sidelined with a sprained ankle, could they be looking for point guard or perimeter help?

“I don’t know. That’s a front-office question as far as adding to the roster right now,” Steve Nash said, punting the question to Marks. “But I think there’s … you can always add depth at every position, it’s just a matter of who that is. And is that person actually adding depth? Or are they just another body?

“So that would be the nuance, I think, to that question. So I couldn’t answer that one. But we’ll see. You know, we got we got enough guys that can handle the ball. So I’m not concerned about point guard, so to speak. But like I said, you never turn down the opportunity to get a terrific player and one of those positions.”

There are a host of players — most of them bigs — that figure to be available in the buyout market by the April 9 deadline. After inking Alize Johnson to a 10-day deal that’ll pay $111,000, the Nets still have a roster spot open.

The Nets have interest in shot-blocking JaVale McGee, sources told The Post, and Yahoo reported Monday that Cleveland is more likely to buy him out than successfully find a trade partner. The Ringer suggested Memphis’ Gorgui Dieng could be available. And of course, Andre Drummond links won’t go away.

While the Cavs are desperately trying to find a taker for Drummond’s bloated contract, that’s seemingly more and more unlikely by the day. And if the center isn’t traded by Thursday, the Nets and Lakers are expected to show interest. The injuries to Anthony Davis and LeBron James could leave L.A. more motivated.