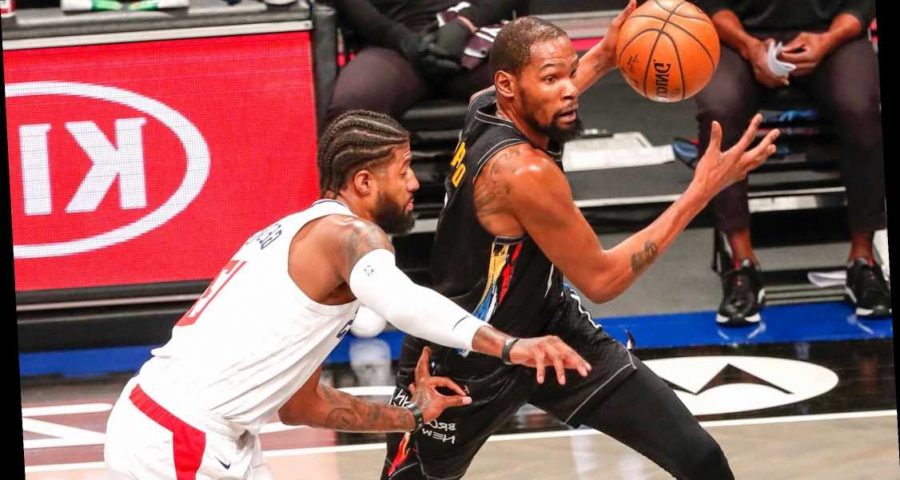 Chiefs' Tyreek Hill betting on himself ahead of Super Bowl 2021

After this most enjoyable basketball evening at Barclays Center, there are two things that ought to be abundantly clear about the Nets.

The first isn’t just about effort and defense, both of which were absent without leave Sunday night when the Nets were humiliated in the fourth quarter against the Wizards. But those are two big ones, and they were in abundant supply Tuesday as the Nets held off the Clippers, 124-120.

Let’s turn it over to coach Steve Nash for that one.

“We’ll keep cleaning it up,” Nash said. “We can keep getting better but when we put forth the effort we did tonight we’ll be hard to beat.”

The Nets picked a most serendipitous night to look this way, of course. The Clippers (16-6) are still tied for the league’s most wins after this loss, and that isn’t at all surprising because they may well be the league’s best team: a terrific starting five, a deep bench, shooters everywhere you turn. They are a magnificent offensive team that is also a top-five defensive team across the board.

In that regard, before Tuesday night, they were what the Nets — virtually unstoppable offense, virtually invisible defense — aspire to.

And look: sometimes it isn’t about the points you allow. Henry Iba wouldn’t exactly write poetry about the 120 that L.A. piled up in defeat. But sometimes it’s about more than that. Sometimes — as this time — it’s about contesting every shot, especially late.

Sometimes it is about relying on more than an offense that, as usual, was spectacular. James Harden had another ho-hum triple double (23 points, 11 rebounds, 14 assists) and Kyrie Irving looked like he might cash in every time he flicked his wrist (39 points, 15-for-23 from the field) and Kevin Durant was, well, vintage Durant, adding 28 points, making it 17 times in 17 games as a Net that he’s hit 20 or more.

Sometimes, it is about a critical expanse like the 2-minute, 48-second stretch of fourth quarter when the Nets went on a 13-0 run that turned a 102-97 deficit into a 110-102 lead with 4:10 left. Focus on the offense in that stretch at your own peril. It was the right side of the hyphen that made that splurge so splendid:

Harden refusing to be bullied by Kawhi Leonard.

The team scrambling to contest consecutive 3-pointers by Marcus Morris Jr. and Nicolas Batum, and then two more by Leonard and Batum.

The Clippers, who at their best are every bit the offensive carnival act the Nets are, suddenly couldn’t make a shot, and it wasn’t bad luck. The Nets decided they weren’t going to be trampled upon. Two nights after that grisly fourth quarter against the NBA’s worst team came this gold-standard effort against its best.

“We took it upon ourselves as individuals to get stops,” Harden said. “And once we get that down pat … that’s what it has to be for us to be playing at the end.”

Everything about this game had the look and feel of June, not February. The talent level was extraordinary, the performances what you’d expect. Leonard had 33 points and four steals. Paul George had 26 points and six assists. There was more than one moment when it looked like the Clippers were fixing to mow over the Nets.

But the Nets wouldn’t be mowed.

So now they have an example, an ideal, of what they can be. It’s unrealistic to think this is what we’re going to see out of the Nets overnight, every night, but that isn’t what we need to see. What we need to see is commitment, and caring, and the kind of rising to the moment terrific teams do out of habit, not choice. We never have to worry that half of the Nets is going to be equal to the task.

Tuesday, we saw the other half lives, too.

“We’re going to be a good team if we can do that every night,” Nash said.

If they can do that every night, Nash — and everyone else — is going to have to go with an adjective other than “good.”