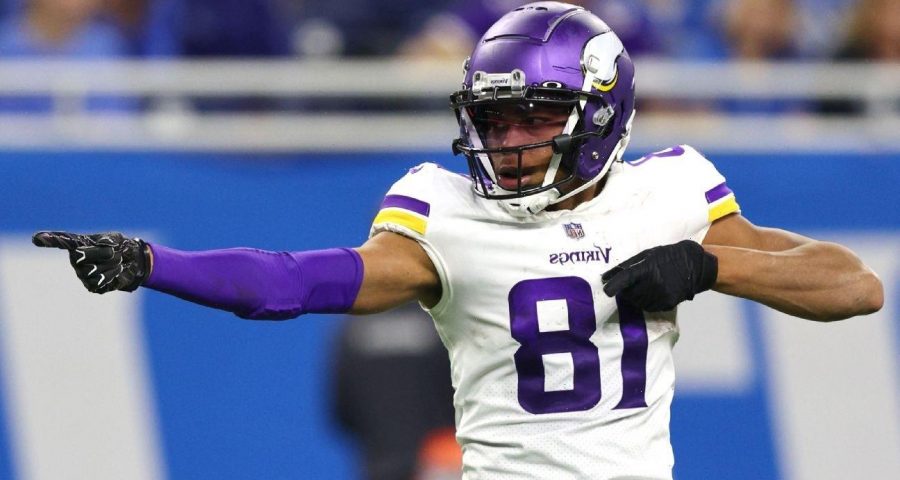 Our NFL Nation reporters answer fantasy football questions every Tuesday during the NFL season. Here’s what they had to say following Week 3.

Consecutive high volume games for Marquise Brown. Can we count on it for the final three weeks of the DeAndre Hopkins suspension? What is reasonable to expect when D-Hop is back?

Unless Brown is completely taken out of the game by defenses, then it’s safe to count on him being Kyler Murray’s No. 1 target. Between their relationship and Brown’s ability — and the fact that the Cardinals may be down all their other top receivers — Brown will be the primary playmaker in the passing game. Brown’s workload will likely be determined after the first game or two after Hopkins gets back from his six-game suspension. By then, the Cardinals, and defenses, will know what to expect of Hopkins. That could open up the field for Brown, which will mean more of what he’s doing now. — Josh Weinfuss

Khalil Herbert can be __% of what David Montgomery has offered over the past two seasons?

When Montgomery went to IR with a knee injury in 2021, Herbert averaged 19.5 carries and over 70 rushing yards per game Weeks 5-8, providing the Bears a glimpse at how effective the run game can still be without its No. 1 back. When Montgomery exited the Houston game early with an ankle injury, Herbert ran all over the Texans (19 carries, 157 yards and 2 TDs) and leads all running backs in rushing yards over expectation per attempt according to Next Gen Stats. In short, Herbert can be every bit of what Montgomery provides to Chicago’s offense. The Bears are going to need to lean on the run game while they work through issues with their passing attack, so Herbert will have ample opportunity for a consistent workload no matter how much time Montgomery may have to miss. — Courtney Cronin

Is Romeo Doubs the WR1 in this offense or is it going to change weekly?

The way Aaron Rodgers raved about him after Sunday’s game, Doubs just might be next in line for that role. While Rodgers is always going to rely on Randall Cobb and Allen Lazard, there’s no denying that Doubs can do things others can. His combination of route running and athletic ability — combined with fast-improving hands — make him the most likely receiver to break out in this offense. That’s not to say Christian Watson won’t, but Doubs is off to a much faster start, and there might not be any looking back now. — Rob Demovsky

Is this a full-blown backfield committee where nobody matters for fantasy?

The Chiefs still don’t seem comfortable using Clyde Edwards-Helaire in most third-down situations, and until they do, the backfield is going to be more of a committee thing. But don’t ignore that Edwards-Helaire has three touchdowns in three games. He probably won’t maintain that pace, but he seems to be the Chiefs’ favorite near the goal line. — Adam Teicher

Will Joshua Palmer be a viable option when Keenan Allen returns?

Yes. When Allen returns, he will once again be Justin Herbert’s go-to target, but expect that the third-year quarterback will continue to spread the ball around to include Palmer. The two proved to have an established rapport during training camp. — Lindsey Thiry

What do you expect the touch split between Cam Akers and Darrell Henderson Jr. to be moving forward?

The way the game is playing out really affects these splits, so it’s hard to predict. Akers spent most of the first half against the Cardinals on the sidelines, but after an impressive series, Sean McVay continued to lean on him, and he and Henderson ended the game with a 50/50 split in carries. I’d lean on close to that going forward, with the expectation there will be several games this season where McVay just continues to ride the hot hand. — Sarah Barshop

Three straight games with a 40-yard catch for Jaylen Waddle. Should we worry about Tyreek Hill’s floor if Waddle is used more as an explosive play option than he was as a rookie?

While the impact of Hill’s arrival in Miami can’t be understated, the reality is that the Dolphins have two receivers that are interchangeable as WR1. Waddle’s usage last year was a travesty — this is more what Miami imagined when he was drafted last year. Teams are going to scheme their defenses around stopping Hill; he’s earned that in his career. Sometimes, that means he won’t put up the explosive numbers we saw in Week 2. But Sunday’s game was more of an outlier than the norm — have no fear if Hill is on your team. — Marcel Louis-Jacques

What in the world do we make of consecutive down games from Justin Jefferson?

Scheming Jefferson to run wild through defensive secondaries, as he did in Week 1 against the Packers, seemed most likely to be an exception rather than the rule. The Eagles and Lions have limited him in Weeks 2-3 by consistent double teams, but coach Kevin O’Connell is determined not to allow defenses to dictate Jefferson’s productivity. Look for the Vikings to continue tinkering with their scheme to spring Jefferson in the coming weeks. “I have to do a better job,” O’Connell said, “of giving Justin different aspects of lining up in different spots, different personnel groupings, whatever I need to do to help him.” — Kevin Seifert

13 targets in consecutive games for Chris Olave. Is he someone we can count on weekly?

For now, yes, because the other options are dwindling by the week. With Taysom Hill, Michael Thomas, Jarvis Landry, Deonte Harris and Tre’Quan Smith all injured in some form, Olave just might be the last man standing. On a positive note, the rookie appears to be improving by the week. — Katherine Terrell

Consecutive big games for DeVonta Smith. Are you buying the “multiple Batmans” thing where Jalen Hurts can sustain two weekly fantasy locks at the WR position?

“Locks” feels a little strong, especially when we look back to Week 1 and see Smith had zero catches on four targets. Brown is being targeted on 33.3% of his routes, the 10th highest rate in the NFL, compared to 23.9% for Smith, which ranks 65th. It’s probably best to expect a steady level of production from Brown and more variance in Smith’s output week-to-week, with his ceiling clearly superhero high. — Tim McManus