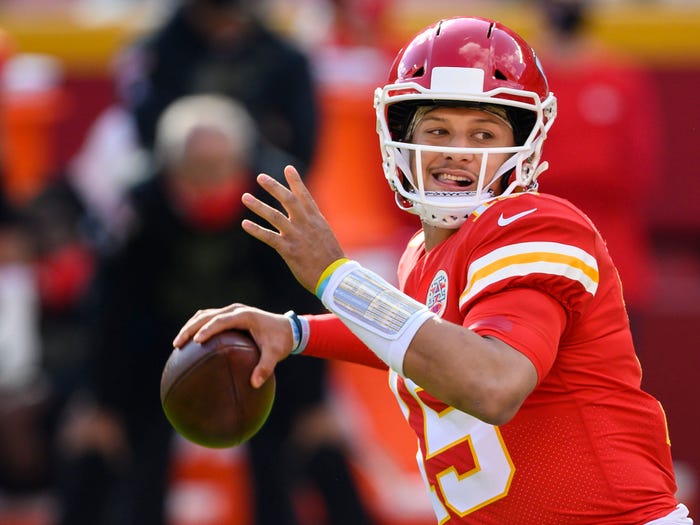 Ten weeks into the NFL season, it's clear that there has never been a year as difficult to bet on.

Schedules and rosters change at a moment's notice due to COVID-19. Sometimes a team's practice schedule is completely upended, but then by the time Sunday comes around, they'll be ready to beat the breaks off of their opponents, practice be damned.

So far this season, our picks have gone a middling 67-70-5 against the spread — far from a disaster, but you don't bet on football to break even.

Please take a look below at our best bets against the spread for Week 10 of the NFL season (* indicates home team).

The Cardinals squeaked out an overtime win against the Seahawks when they met earlier in the season. When teams are this evenly matched, it's tough to imagine one sweeping the season series. I love what Arizona is doing right now, but after another miraculous win last weekend, it feels like they're due for a misfire.

It pains me to say this, but the Eagles are bad. The Browns might not be great, but the Eagles are just flat out bad. As a Philadelphia fan, I hope that Carson Wentz can find his game again, but as a gambler, I have no idea why this line isn't a touchdown.

As bad as the Falcons are in any year, I believe they'll get up for a game against the Saints. And with starting quarterback Drew Brees out, New Orleans will be running either Jameis Winston or Taysom Hill at quarterback. Whoever winds up getting the starting nod, I think Matt Ryan has the goods to outplay them.

The Patriots have now won two games in a row after a four-game losing streak left some supporters panicking midseason. While the Texans are talented on paper, they only have two wins this season, both of which have come against the Jacksonville Jaguars. Bill Belichick should find a way to get out of Houston with the win.

The Jaguars have killed more of my bets than maybe any other team in the NFL so far this year. If I support them, they fold like a bad hand at the poker table, but if I go against them, suddenly they're playing brash football against Aaron Rodgers and the Green Bay Packers. I need to cash one of these eventually. Go Steelers.

The Colts defense is one of the best in the league, and the Packers defense may be one of the worst. But despite that, this game comes down to betting Aaron Rodgers as an underdog or Philip Rivers as a favorite. I'm betting on Rodgers every time.

Alex Smith completed 38 of his 55 passes last week for an impressive 390 yards against the Detroit Lions. While it wasn't enough to win that game, it showed that this Washington team still has a fighting chance to come out of the dreadful NFC East despite having just two wins through nine games. If they are to turn their season around, it'll have to start Sunday with a win over the Bengals.

Last year, the Titans shocked the NFL by bouncing Lamar Jackson and the Ravens from the playoffs. Coming off of a loss to the Patriots, look for Baltimore to play this one pretty angry.

The Minnesota Vikings have looked like a brand new team since the return of running back Dalvin Cook and still have an outside shot at making the playoffs if they can go on a bit of a run through the second half of the season. That said, I still don't think they should be touchdown favorites over any team in the NFL.

If anything, the reason to consider betting the Broncos in this spot is that the line is suspiciously low. The Dolphins have now won three straight since Tua Tagovailoa took over at quarterback, despite him never having a truly brilliant performance yet under center. Maybe this is a trap game, but it's too tough to go against the favorite here.

The Chargers are 2-7, with all seven of their losses coming in one-score games. The Jets are just plain bad, and once again, turning to Joe Flacco to lead the team into Los Angeles this weekend. The Chargers have had enough things break against them so far this season that it feels like karma does them a solid in this spot, and they can enjoy a blowout win.

The Raiders are the only team to have beaten the Chiefs so far this season. It's tough to imagine Patrick Mahomes not putting up some huge numbers in his shot at revenge against Las Vegas.

Tom Brady and the Buccaneers bounced back in a big way last weekend, following up their embarrassing loss to the Saints on "Sunday Night Football" with a never in doubt win over the Panthers. Still, Brady was made a fool on national television, and this will be his first chance since that terrible loss to the Saints to show a national audience he's not washed up. I don't think Brady lets himself get embarrassed twice in three weeks in primetime.