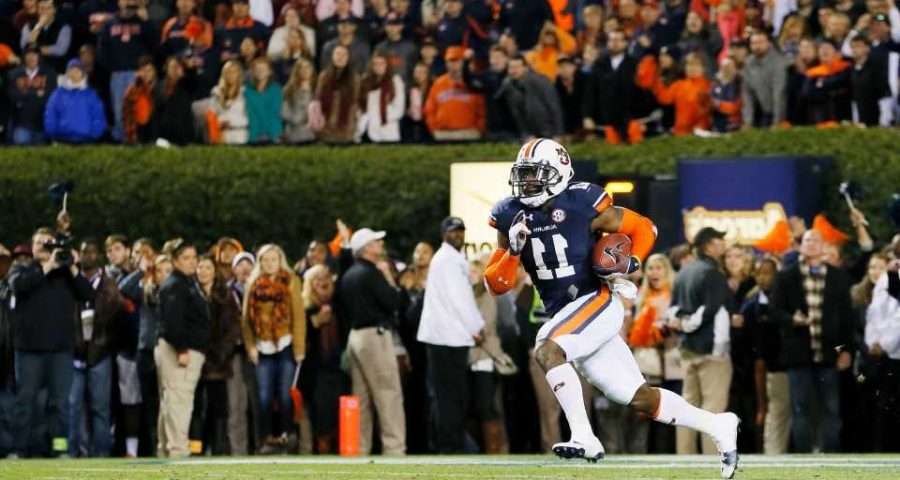 With the new name, image and likeness (NIL) rules and laws that allow college players to earn money for endorsements, personal appearances, social media promotion or pretty much anything else, it’s easy to wonder how much true college superstars might have made had these rules been in place in previous years and decades.

Zion Williamson had a crazy number of social media followers long before he stepped foot on the Duke campus; how many thousands could he have charged for paid tweets? And how much legitimate money would Johnny Manziel have made signing autographs and appearing in commercials while he was the quarterback at Texas A&M? He might have made Pete Rose look like a lazy signer.

It boggles the mind.

But the college superstars, the ones who eventually went pro and made a lot of money anyway, aren’t the only ones that missed out. Think about the athletes from the smaller schools or the second- and third-stringers for powerhouse programs, the ones who weren’t destined for professional sports greatness but gave us college memories we’ll treasure forever. Under the new rules, they could cash in on their shining moments with, at the very least, autograph sessions where they keep most of the money charged by an event organizer.

Let’s take a look at five of these athletes and daydream about how they would have earned actual, real money for their actual, real achievements.

His money moment: Even if you might not immediately remember the name, you remember the Kick Six. Yeah. You’re already thinking about that chill-inducing moment. Auburn and Alabama were tied 28-28 in the 2013 Iron Bowl. Alabama lined up for a 57-yard field goal attempt with one second left on the game clock. The kick came up short. Davis caught the ball at the very back of the end zone and sprinted upfield, blowing past would-be tacklers and following his blockers for a game-ending touchdown.

The NIL payoff: Davis could have immediately trademarked the phrase “Kick Six” and created an apparel line that still would be a top seller in SEC land. Auburn fans would wear it every day, and so would any other SEC fan whenever they wanted to taunt Alabama fans.

Her money moment(s!): Talk about the big-moment stuff of legend. In the 2018 women’s Final Four against undefeated UConn, Ogunbowale drilled a tie-breaking 3-pointer with one second left to send her team to the national title game. There, she somehow one-upped herself with a buzzer-beating 3-pointer against Mississippi State to give Notre Dame the championship. And, yes, of course she was the No. 5 pick in the WNBA Draft and is absolutely a star, but the money isn’t the same in that league; her initial four-year deal pays out an average of just over $55,000 per season (that’s a column topic for another time).

The NIL payoff: Shirts! Appearances! Social media! Damn shame the rules kept her from cashing in on her incredible performance.

His money moment: It’s the second round of the 2010 NCAA Tournament. No. 9 Northern Iowa has a stunning one-point lead over No. 1 seed — and tournament favorite — Kansas and the ball with 42.8 seconds left. The Jayhawks’ pressure defense nearly results in a steal in the backcourt, but the Panthers kick the ball ahead to Farokhmanesh, who’s wide open on the 3-point line, with zero teammates on his side of the court. Instead of holding the ball to wind the clock down, he drains the triple. UNI is suddenly up four, and a KU offense foul pretty much seals the upset.

The NIL payoff: Imagine if Farokhmanesh immediately made T-shirts saying “Big-Shot Ali says ‘Bye-bye kU'” or something and priced them at $25 each? Thousands would have sold before the end of the NCAA Tournament. Also, apply this to literally any basketball player who hits a big shot that upsets a high seed in the NCAA Tournament from now on.

His money moment: With 38 seconds on the clock and a perfect season — not to mention a Big East title — on the line, the Bearcats wideout went sprinting down the sideline past a Pitt cornerback. He hauled in a pass with outstretched arms and then went somersaulting through the back of the end zone with a 29-yard touchdown reception. The extra point that followed gave Cincinnati a 45-44 lead. The eventual win moved the Bearcats to 12-0 on the season and into a Sugar Bowl date with Florida.

The NIL payoff: Thing is, NIL isn’t just about national money. In fact, it’s mostly about local money. The payoff is very much a “big fish in a little pond” situation. And what’s more Cincinnati than Skyline Chili? Eat a little cheese and chili, pose for some advertising photos and make a few bucks. Perfect.

Her money moment: Oh, just a walk-off home run in the 12th inning of Game 1 of the best-of-three 2013 Women’s College World Series. After her team had rallied from a three-run deficit in the 11th to make the 12th inning possible. That’s all. Chamberlain led the NCAA in just about every category that year — she was a sophomore — and that moment was the crowning achievement. The Sooners shut out Tennessee in Game 2 to take the title.

She talked about it in an interview with ESPN in 2020: “The stage, the moment, the height of it all. The lead-up to the walk-off was incredible, getting the three runs back. You dream of hitting walk-offs, and to do it on the World Series stage is the ultimate feeling.”

The NIL payoff: Here’s something we haven’t talked about: lessons. What better person to learn softball from than the legend who homered to win a WCWS game? “Learnin’ from Lauren” or something. The sessions would have sold out in minutes.