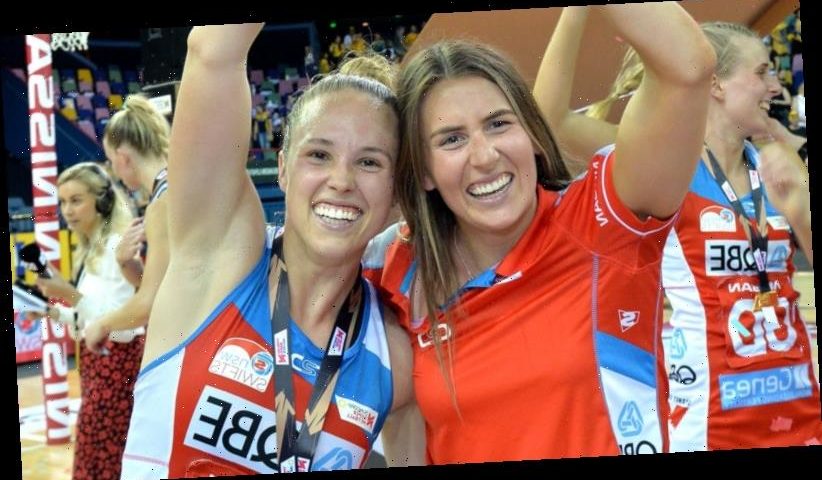 The Swifts have voiced their frustrations after star players Paige Hadley and Maddy Proud were left out of the Diamonds playing squad for the entire Constellation Cup series after undergoing two weeks of quarantine during the Super Netball pre-season to join the squad in New Zealand.

Proud, the Swifts captain, and Hadley were named in Stacey Marinkovich’s 18-player squad for the tournament but failed to play a single minute of the four-game Test series.

The Australian side went down to the Silver Ferns 3-1 for the first time since 2012.Credit:Getty

The Australians went down 3-1 to the Silver Ferns, losing the series for the first time since 2012. The Diamonds fell away in the final quarter of each game, a factor blamed squarely on quarantine fatigue. Many questioned why the fresh legs of Hadley and Proud had not been called upon.

One of those was Swifts teammate Helen Housby, who took to social media in frustration for her teammates.

“Unchanged matchday 12 for the Diamonds. What do you think of the team? No court time this series for Hadley, Proud or Jess A. [Anstiss] Hmm….,” Netball Scoop, a netball forum page, wrote on Twitter.

Swifts coach Briony Akle said she felt disappointed for her players. “Any coach sympathises with their athletes and I had empathy for them, Paige and Maddy, not getting selected in that squad,” Akle said. “Especially because they had the quarantine, that’s probably the hardest part … I think it’s really tough.”

Akle said she had been in constant touch with both players about their non-selection.

“Obviously, my preference was for them to be there, but I can’t control that,” Akle said. “It’s easy to be back here and to say what should have happened. She [Marinkovich] obviously had a game plan, but I’m always going to back my athletes in.”

After the Diamonds’ loss on Sunday, Marinkovich reiterated to the Sydney Morning Herald and the Age that selection was never a given.

“The opportunity to bring 18 away was fantastic, but there was no guarantee that players were going to take the court.”

Swifts Sophie Garbin, who made her international debut during the Cup, and Sarah Klau will return to the club along with Proud and Hadley on Tuesday for pre-season after making their return from New Zealand on Monday.

The Super Netball season begins on May 1.