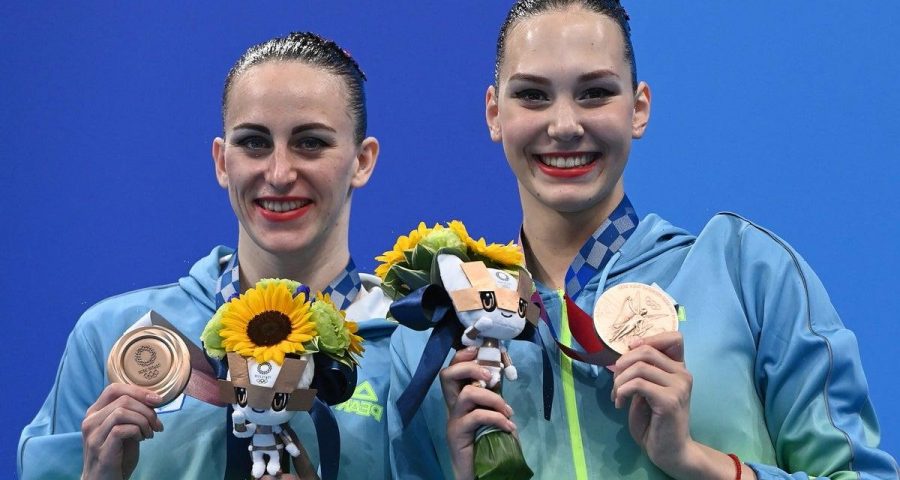 Tokyo games officials apologised after they mistakenly announced a pair of Ukrainian bronze medallists as being part of the Russian Olympic Committee team.

The mix-up happened during the French language announcement as Marta Fiedina and Anastasiya Savchuk stepped onto the podium to receive their medal.

The ROC is the way Russian athletes are being allowed to compete in the Tokyo games as their country serves a four-year doping sanction.

Organisers quickly apologized to the artistic swimming duo, and insisted that it was an honest error and not a politically weighted statement.

Masa Tanaka, a spokesperson for the Tokyo organising committee, said it had been an “operational mistake”.

“The French language calling out should have said Team Ukraine, however it said ROC instead,” said the spokesperson.

“Of course, people noticed and the person in charge of announcements apologized. I also used this opportunity to express my apology to those who are in the Ukrainian team.”

Medal announcements at the games are being made in French, as well as English and Japanese.

The event was won by Russian athletes Svetlana Romashina and Svetlana Kolesnichenko.

Russia and Ukraine have been involved in a border dispute over the Crimean peninsula since 2014, when Moscow invaded and annexed the region.

More than 10,000 soldiers have died during the conflict.

Crimea is still internationally recognizsd as a Ukrainian territory, but Moscow insists that it is Russian.

It is not the first incident involving Ukraine at the Tokyo Olympics.