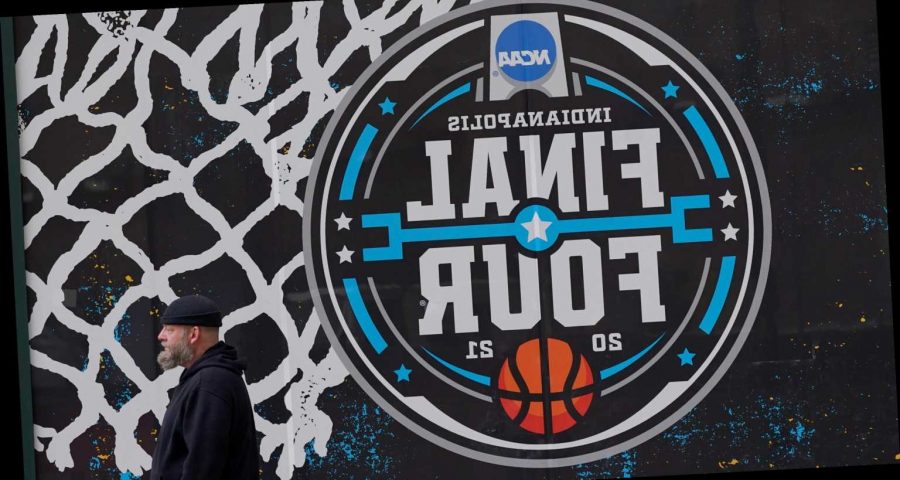 SAN ANTONIO — There is no chance of the NCAA men’s basketball tournament sneaking up on you in Indianapolis. “March Madness” signs have popped up alongside Interstate 65, there is a massive, up-to-date bracket on the side of the JW Marriott and the windows of the elevated walkways downtown are covered in colorful, Final Four signage.

In San Antonio, meanwhile, people can be forgiven for not even realizing the NCAA women’s basketball tournament is happening until they’re right next to the Alamodome. There is nothing along the famed River Walk or on the city’s tallest buildings, and the only hint at the convention center are sandwich boards directing teams where to enter for COVID-19 testing.

As the NCAA struggles to contain the fallout from the obvious inequities between the two tournaments – you might have heard a thing or two about the weight rooms – and promises to figure out how the breakdown occurred, you need only look around. The men’s tournament is an EVENT, a happening worthy of every bell and whistle, while the women’s tournament seems almost happenstance, as if it just randomly appeared.

“We are a valuable asset that has consistently earned the right to be marketed, promoted and conducted as a great championship rather than an afterthought,” Georgia Tech coach Nell Fortner said last week.

The disparities between the tournaments has overshadowed both the men’s and women’s events since Oregon forward Sedona Prince posted a now-viral TikTok of what was passing for a weight room: a rack of weights and some yoga mats. Other inequalities were quickly noted, including the women’s tournament not having NCAA-branded courts at all of its sites; not using the term “March Madness” to market its event; fewer food options for players; and the men’s tournament using the more accurate PCR tests for COVID-19 testing while the women used antigen tests.

NCAA president Mark Emmert has scrambled for explanations, finally settling on a lack of communication between the committees planning the two tournaments, both of which are being held at single sites this year due to COVID-19.

IN DEPTH: 'I assumed they were treating us fairly:' Why can't NCAA get women's basketball right?

OPINION: Mark Emmert must go if women are to get equitable treatment from NCAA

But people within the women’s game have said that lack of communication is an outgrowth of the attitude at NCAA headquarters, which sees the women’s tournament as something to be done rather than something to celebrate.

How different the tournaments appear from the outside seem to bear that out.

In Indianapolis, the hotels where the men’s teams were housed were cordoned off. Steel gates and traffic cones prohibited anyone from even walking on the sidewalk in front of the hotel, and police cars blocked other access points in front of and behind the hotels.

March is here and that means 🏀 in Indiana. This week INDOT is unveiling temporary signs prior to the NCAA tournament being hosted in the Hoosier state. In the Southeast District, watch for signs along I-65 between Franklin and Greenwood in Johnson County. #MarchMadnesspic.twitter.com/CEwZcIKfv2

In San Antonio on Saturday afternoon, one squad car was parked outside the hotel where the teams that remain are staying but there were no gates or barriers. Two police officers sat outside the main entry and signs declared “No vacancy.” But there was nothing to stop someone from walking up to the front door.

Nor was there any designated pathway for teams to follow – not an obvious one, anyway – to the convention center a block away, where COVID-19 testing is being done. Nothing to prevent fans from coming in close proximity to players and coaches, either, which would seem to run counter to the whole point of holding the tournament in a semi-bubble.

In Indianapolis, there is a festive air downtown, a feeling that “something” is happening. In San Antonio, the River Walk is crowded with tourists, but there is nothing to indicate it is for any other reason than spring break and warming weather. At The Shops at Rivercenter, a mall that adjoins the River Walk, there isn’t the slightest hint that the tournament that will end with the crowning of a national champion is occurring a mere 10 minutes away.

The Final Four logo for the NCAA men's tournament is painted on a window in downtown Indianapolis. (Photo: Darron Cummings, AP)

Granted, some of this is the fault of the host cities and their organizing committees. But they take their cues from the NCAA.

If the NCAA conveys that the women’s tournament is a “happening,” then a city will treat it as such. But the NCAA doesn’t, as has been detailed in excruciating fashion over the last 10 days.

So you get one tournament that is decked in glitz and glamour, and another that looks as if it was thrown together at the last minute.

“The message that is being sent to our female athletes, and women across the world, is that you are not valued at the same level as your male counterparts,” Stanford coach Tara VanDerveer said March 20. “So much effort from so many people has gone into making this tournament happen. If it is worth doing at all, it is worth doing right. Let’s fix this once and for all.”

It will take more than a few banners and some signs along the River Walk to make this right. But it's a good place to start.