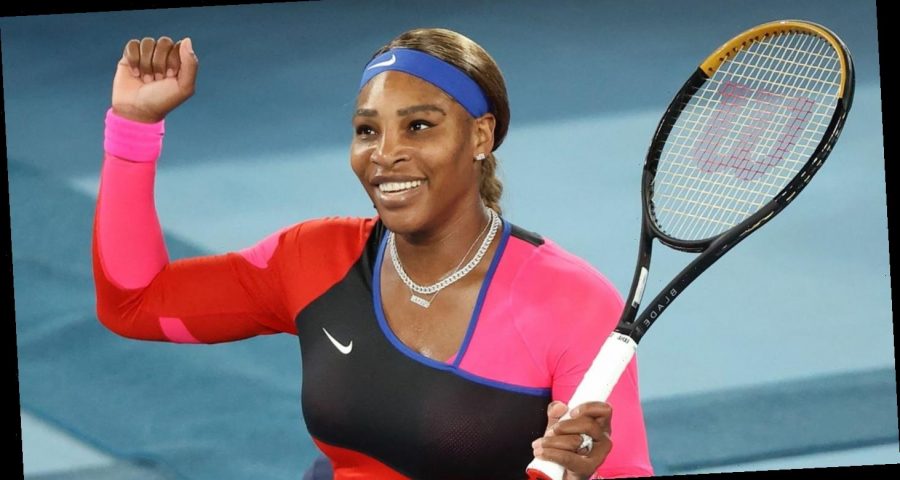 Even for Serena Williams, this shouldn’t be possible.

Not the fact that she’s back in another Grand Slam semifinal, so close yet again to No. 24. Or that she’s able to still beat some of the best players in the world at age 39, at a time when most of her contemporaries and rivals are long gone from high-level professional tennis.

No, the most shocking thing about how Williams has ripped through the draw at this unique Australian Open is that she’s been able to seemingly turn back the clock on a body that for the last few years seemed like it was going to be the biggest obstacle to winning more Slams.

Regardless of what happens in Wednesday night’s semifinal against Naomi Osaka, who has established herself as the best hard court player in the world, one more big run for Serena no longer seems like a long shot.

“I’m here, and I’m happy to be here and I gotta keep going,” Williams said after beating No. 2-ranked Simona Halep 6-3, 6-3 in a quarterfinal match that finished while most Americans were still asleep Tuesday morning in the U.S. “Obviously, I have an incredible opponent to play and it’ll be nice to hopefully keep raising the level of my game. I’m going to have to.”

Out of fairness to Williams, let’s be clear that she is an underdog to Osaka, who arrives at the semifinals on a 19-match winning streak and hasn’t lost since a Fed Cup match in Spain last February that hardly anyone watched or remembers. Ever since the U.S. Open last fall, Osaka has had that aura around her like Williams used to, where it just seems like she has a gear in the big matches that her opponents don’t.

The way Osaka has played in Australia only reinforces her status as the favorite to win a fourth Grand Slam title.

But the way Williams has played in this tournament, the way she’s looked on the court, is far more impressive than just getting here. Serena is still such a towering figure that she can play average tennis and, if the draw breaks the right way, go deep at a Grand Slam. This time, she’s truly looked like a top-five player again, maybe even good enough to get by Osaka and win the trophy.

Which, even for Serena, is a pretty pleasant surprise because after tennis’ re-start last season, the trajectory did not look promising. As Williams’ game evolved into her late 30s, it was very obvious that her movement around the court was no longer a weapon and had started to become a liability.

That’s perfectly natural. After all those years of pounding on the legs, of sudden movements and stress on joints, quickness suffers and injuries mount for all tennis players. In Williams’ case, there was a pregnancy and other health issues to deal with before returning to the tour in 2018.

Williams could still power her way through games, could still serve opponents off the court, could still beat most opponents. But if her serve was even a little bit off or her timing on the forehand wasn’t there, she didn’t have anything to fall back on against the best players in the world. And by the end of last season, when she lost to Vika Azarenka in the U.S. Open semis and pulled out of the French Open due to a lingering Achilles injury, she didn’t look like a complete player anymore.

Those kind of physical issues usually don’t turn around when you’re staring down your 40th birthday. It felt like her best chance to get one more Grand Slam had perhaps slipped away.

But somehow, some way, Williams used the last four months to become faster and fitter and turn around the narrative on the last stage of her career. She showed up in Australia ready to play defense when necessary, to retrieve balls that she simply could not get to the last few years, to dig out of the corners and transition to offense. Against two very different types of players — the powerful Aryna Sabalenka in the Round of 16 and the model of consistency in Halep — she thrived in long rallies and didn’t feel the need to end points quickly.

In somewhat of a revealing comment after the Halep match, Williams talked about needing to embrace the things she’s good at, signaling perhaps that she had conceded too much in terms of her ability to outlast opponents instead of just overpowering them.

“Movement has always been one of my strengths so it’s more natural for me to move than for me not,” she said. "It’s like, ‘Oh, that’s how I used to move,’ so it’s pretty good and I’m happy I’m doing that again and put it back into my game. I think I was more focused on other things and not focused on something that has always been a strength of mine and I had to refocus on that.”

In that sense, Williams becomes a very different opponent than even the player Osaka beat in the infamous 2018 U.S. Open final where Williams was penalized a game late in the match for verbally abusing an umpire. Those two have not played an official match since, and Osaka is no longer a newcomer to big matches or a timid personality who reluctantly became a superstar.

Now Osaka has the game, the titles and the swagger to become the dominant player of her generation, with all the evidence pointing toward another Grand Slam title this weekend. The Williams we saw the last couple years probably wouldn’t be a big threat to that outcome. But this version is a plot twist that gives Williams a chance for her greatest triumph.