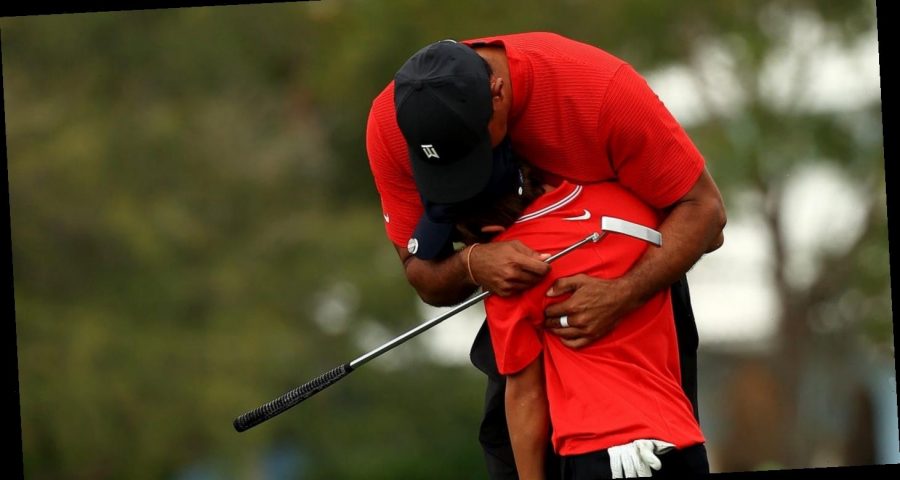 The photos were terrifying, and riveting. An SUV had plunged off a winding road in Southern California, flipped a few times and landed on its side in the brush. Word soon spread that the car was driven by Tiger Woods. Horrified, we watched even more intently.

We’ve never been able to take our eyes off Tiger Woods. Not once. When he was the two-year-old hitting golf shots on The Mike Douglas Show, Jimmy Stewart and Bob Hope stood beside him on stage and smiled, and an amused national audience joined them.

When Tiger was rising through the ranks of amateur golf, we watched the brash youngster win three consecutive U.S. Amateur titles. He turned pro and won right away. We were hooked. The next spring, he won the 1997 Masters at the age of 21. We couldn’t turn away.

He won one major, then another, and another, and on and on it went. He sabotaged his image, and his family life, with an epic personal scandal that started with a car accident at the end of his driveway on Thanksgiving weekend 2009. The story was in the news for months.

STAY INFORMED: Keep updated on Tiger's injury and recovery. Sign up for our sports newsletter.

Up and down. That’s Tiger. He’s up, then he’s down, then he’s up again. After his scandal, he returned to golf and became No. 1 again. Then came another scandal, this one a DUI accompanied by a mug shot and a grainy dashcam video in 2017.

Only it wasn’t. And, as is always the case with Tiger, through good and bad, up and down, there was more, and we watched.

In some ways, we’re used to this, every setback followed by a return to glory. That’s why we’re already hearing speculation in the sports media about Tiger’s possible return to the game of golf. It’s our default position: Tiger’s down, so let’s talk about golf. When is he coming back?

Because we can’t stop this, we can’t stop talking about Tiger and golf, even when we should, we’re going to hear a lot about the legendary Ben Hogan in the coming days. Hogan was 36 and the winner of three major championships when he suffered terrible injuries in a head-on collision in Texas in 1949. He fractured his pelvis, collar bone and left ankle, among other injuries.

Someday, perhaps, Tiger will return to golf. We should never count him out. But talking right now about Tiger playing golf again is both unseemly and ridiculous. What we should be talking about is Tiger walking again. Or Tiger kicking a soccer ball with his daughter Sam or following along as his son Charlie plays a round of golf. With Tiger’s right leg shattered in the accident, golf is a distant dream.