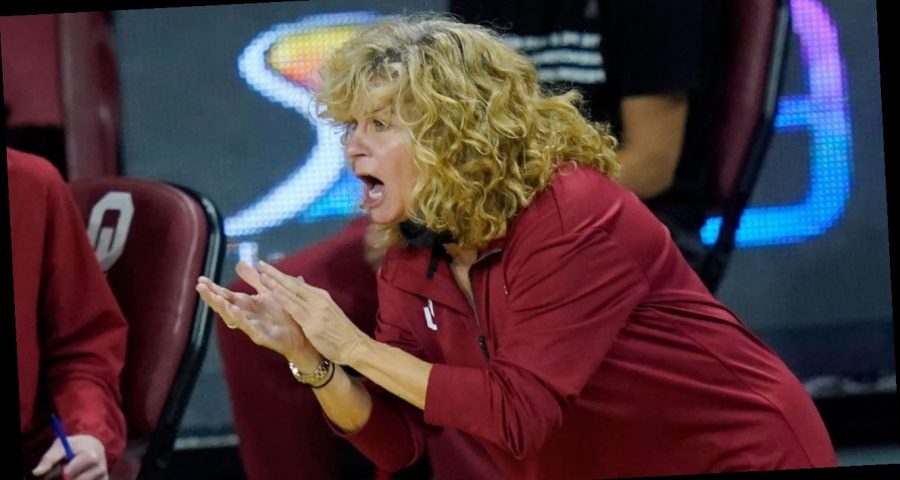 “Being the head coach at the University of Oklahoma has been the privilege of my lifetime,” Coale said in a statement released by the university. “… I am grateful to my players for letting me coach them. That’s a gift I’ve never taken lightly and a joy unlike any other I have ever known. I want them to know that they’ve left pieces of themselves in me and I am better for it.”

Coale, 56, has been the Sooners’ coach since the 1996-97 season, leading OU to four conference tournament titles. The team, primarily utilizing a seven-player rotation, finished 12-12 this season.

“It’s never easy to leave no matter how great a thing you are running to, because something is always left behind. It’s hard to leave these players,” Coale said. “This seasoned bunch of gritty competitors who built their wings in the fiercest of winds clawed their way to the sacredness of team. This season will always be one tattooed on my heart. But that’s the trick about sports and the magnificent gift of team — it gets in you and it never goes away. Lucky, lucky, lucky me.”

She was inducted into the Women’s Basketball Hall of Fame in 2016.

“Sherri Coale has encouraged everyone from players to peers to ‘leave your story better than you found it,'” athletic director Joe Castiglione said in a statement. “She walked her talk. Her transformational impact on women’s basketball at OU which, in turn, inspired generations of young girls throughout our state to play the sport is nearly impossible to measure. There are certainly milestones, from halls of fame inductions to Final Fours to conference titles to All-Americans and beyond, but it was the elevation of the program’s profile to the nation’s elite that will be best remembered.”

In August, Coale apologized after some former Black players wrote on social media that they felt there was an atmosphere of racial insensitivity in her program.

“Over my career, I have taken pride in the work that I have done on the court and the commitment to the personal growth of the women I’ve been responsible for leading,” Coale, who is white, said as part of her apology in August. “While I have always had the intent of expressing care for others, it is clear that there have been moments where my intent has not been the same as my impact — for that, I sincerely apologize.”

The Sooners had a 19-year run of NCAA tournament appearances end in 2019 after they finished 8-22.

Coale also served as a head coach for USA Basketball, guiding the women’s national team to the gold medal in the 2013 World University Games.