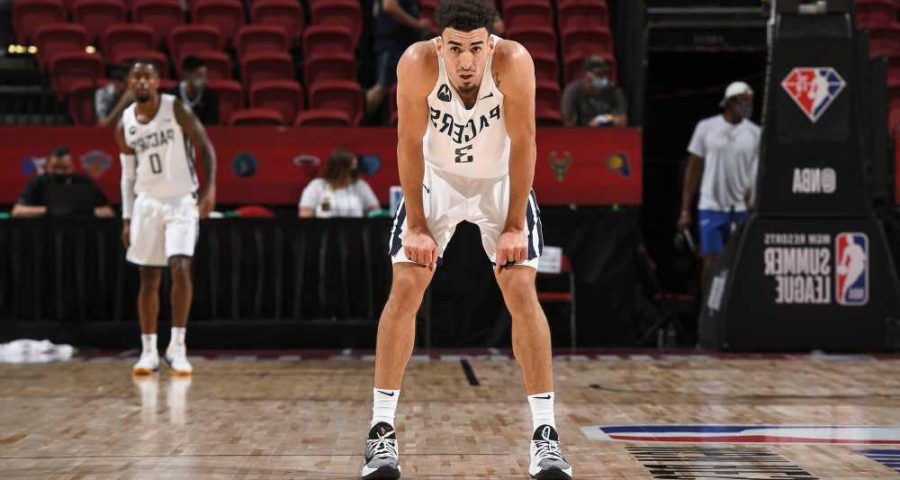 Knick add yet another shooting guard

LAS VEGAS — The Knicks attempted to trade their two first-round picks to move up to No. 13 to draft Oregon swingman sniper Chris Duarte.

As it happened the Pacers wanted no part of it and selected Duarte. Meanwhile, the Knicks made a series of trades that ultimately landed them the 25th pick which they used on the University of Houston’s shooting guard Quentin Grimes.

The disparity was evident in Monday’s game with the Pacers as Duarte played his first summer league game. He showed why the Knicks lusted after him. Duarte scored 14 points in 26 minutes, making 3 of 7 3-pointers, and registering two blocks. Afterward, Duarte said he was aware the Knicks were trying to move up but was just happy to be picked so high.

Duarte blocked Grimes’ shot on a fast break, then demonstrated his jumping ability by leaping to reject with two hands an Obi Toppin runner.

Grimes had his second poor shooting performance, going 2 of 10 for six points, but he finished with six rebounds and four assists in 35 minutes. He’s got a solid shooting stroke but nothing is falling. He’s a combined 5 of 21 in the first two games.

“I feel like I’ve been playing all right,’’ Grimes said. “Just got to shoot the ball a little bit better, trying to get the jitters out and everything. New team, playing with new guys.’’

Lefty combo guard Rokas Jokubaitis, the Knicks’ second-round pick out of Lithuania, made his debut and looked nervous. He fumbled two passes in nine minutes but showed speed in getting to the rim and finished with three points. Jokubaitis likely is headed to Barcelona for the season. … Knicks rookie center Jericho Sims, selected 58th, is still perfect. He was 4-for-4 from the field, even showing a nice post move on a turnaround half-hook shot. He’s now 10-for-10 in two games — all inside buckets. He did miss his two free throws. Sims also grabbed nine rebounds.