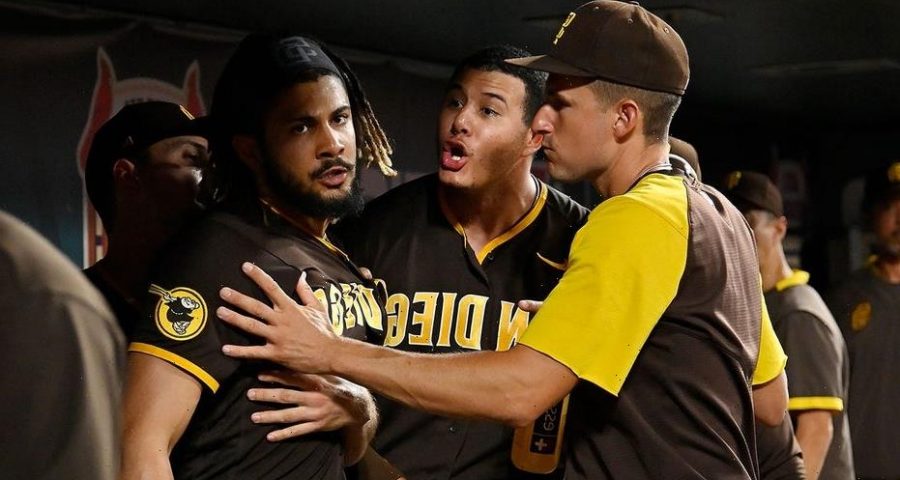 San Diego Padres stars Manny Machado and Fernando Tatis Jr. were seen getting into a spat in the dugout during the team’s loss to the St. Louis Cardinals on Saturday night.

Video posted on social media showed Machado screaming and cursing at Tatis, saying, “It’s not about you” and “You go play baseball,” after Tatis struck out looking in the fifth inning. Tatis was angry with home plate umpire Phil Cuzzi and manager Jayce Tingler argued the call and was ejected from the game.

Tatis slammed his helmet in the dugout and Machado started to yell at Tatis. The two had to be separated in the dugout.

“It’s not viewed negatively,” Tingler told reporters after the game. “We’re a family. We’re not going to discuss the details, but we care. There’s passion. There’s frustration. Those are all emotions that are natural, and those things happen.”

San Diego lost a 2-0 lead and lost the game 3-2 to the Cardinals, further hurting their chances of attaining a wild-card spot.

“I think any time stakes are high and everybody knows what’s at stake, anything can happen,” Tingler added. “We can have disagreements, but we still love each other, we play for each other, we care about one another, and so when you have those strong emotions on both sides things happen. I can’t predict what’s going to happen the next couple weeks.”

San Diego started the season hot but as the temperatures heated up outside, the Padres got cold. The team finished under .500 in July and August and are poised to do it again with 12 days left in the month.