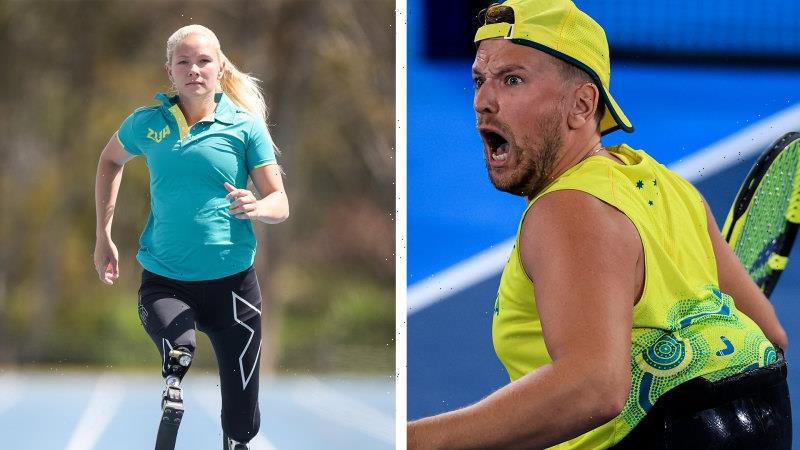 A snapshot of today’s cycling action

Newsflash from the pool

Alcott to again be centre of the action

Here’s a recap of what happened in the doubles last night:

Despite coming off a physically taxing three-set semi-final on Tuesday, which he later labelled the hardest match of his career, Alcott paid credit where it was due after he and partner Heath Davidson succumbed to clinical power-hitting from their European rivals. 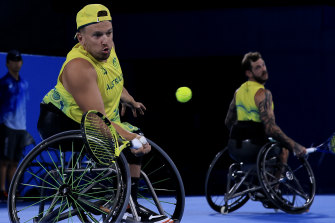 Dylan Alcott and Heath Davidson were beaten in straight sets but will take home a silver medal. Credit:Getty Images

“We got pumped tonight. No excuses,” Alcott said. “No rain, no roof closure, no me being tired … they were better than us. They deserved it and good on them. To be that young and to bring it to us was impressive.”

Alcott and Davidson are the two best mates coming off gold in Rio who have become a force to be reckoned with in quad doubles in recent times.

The key events to look out for

Marie Strong gets her shot put final campaign underway, while Angela Ballard (T53) and Eliza Ault-Connell (T54) are big medal chances in their 400m events. Australia’s best gold medal chance is Vanessa Low, who is representing Australia for the first time after winning Paralympic medals with Germany. She competes in the T63 long jump which begins at 8.45pm AEST.

After a bronze medal, Daniel Michel will now start Australia’s push for a team medal with Spencer Cotie and Jamieson Leeson.

Curtis McGrath begins his campaign in the heats of the KL2 – the event he won in Rio.

Emily Petricola, Meg Lemon, Darren Hicks, David Nicholas, Stuart Jones and Carol Cooke buckle up for their respective road races. Australia doesn’t have anyone ranked in the top three but given the wonderful performances of the cycling team at these Games, anything is possible.

Will Martin is Australia’s best chance in the pool tonight and could win another gold medal, this time in the S9 100m butterfly. Ben Hance could make a name for himself in the S14 100m backstroke final, Grant “Scooter” Patterson is back in the pool in the S3 50m freestyle and Australia’s women’s medley relay team are a sneaky chance of a podium finish.

Hello and welcome to our live and rolling coverage of the Tokyo Paralympics.