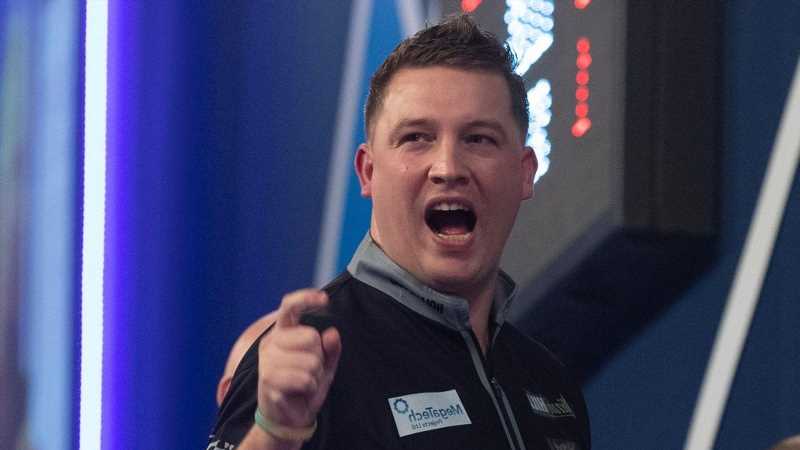 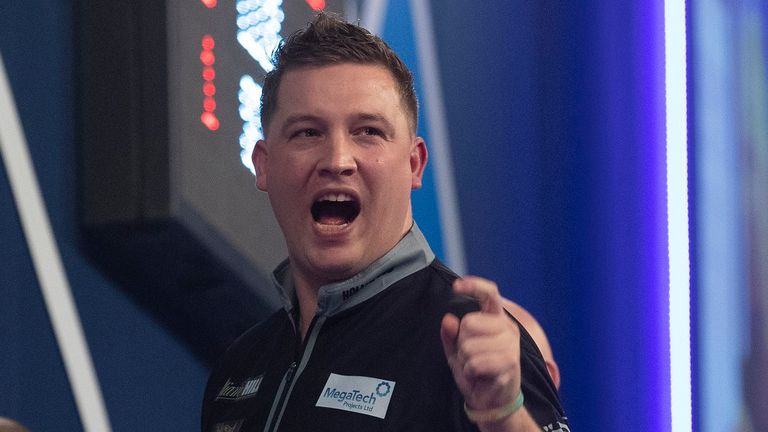 Chris Dobey claimed the first ranking title of his career in dramatic fashion as he edged out Jose De Sousa in Tuesday’s Players Championship 18 final in Coventry.

The Bedlington thrower won through to his fifth ranking final with some brilliant darts during the event, but looked set to agonisingly miss out once more.

De Sousa came from 3-0 and 4-1 down to lead 7-6, but missed eight match darts in the next two legs as Dobey snatched a dramatic win and put himself in a provisional qualifying place for the World Matchplay.

“To finally get a title means the world,” said Dobey. “I’m happy with today – I’ve played solid all day.

“I’ve played in local competitions and last-leg deciders have been my game, and I’ve proven it today. I was down and out against Willie Borland, same against Stephen Bunting. I don’t think I’ve ever lost against Jose – I’ve got a great record.

“I’ve never been so nervous in my life going for those doubles [at the end of the final]. They weren’t far away but he missed doubles, he probably should have won but I’ve done it now.

“I’ve had the experience of being in finals before but I haven’t got over that winning line. I’ve said for a long time now that once I get that first one then hopefully I can get some more under my belt.”

Dobey dropped just two legs in wins over Jeff Smith and Luke Humphries – averaging over 105 in his opener – and had to come through a deciding leg against Borland to reach the last 16.

There, he defeated Premier League and Masters champion Jonny Clayton 6-3, before going all the way against Monday’s winner Bunting and Dutchman Maik Kuivenhoven to book a spot in the final.

Tuesday’s event saw Dobey reach his first final for over two years and was also the first time in 2021 where he has won past the last 16, giving him hope of claiming a return to the World Matchplay later this month.

“I was a mile out before this week,” he admitted. “I’ve been playing well for quite a few months and had no luck whatsoever.

“It will be amazing to play in front of fans again – I think that’s what everybody’s missing. Hopefully I can keep performing like I did today, and who knows.”

Hear from an ecstatic Chris Dobey after he sealed the title at Players Championship 18, sweeping up his first ever PDC title and putting himself in the provisional spots for the World Matchplay! pic.twitter.com/MwAEAount7

De Sousa had come from 6-4 down in the semi-finals against Ryan Searle to claim the last three legs, surviving three missed match darts from the Englishman and taking out 152 and 107 to book his spot in the decider.

He also defeated Darius Labanauskas in a deciding leg, but dropped just a total of six legs in other wins over Mervyn King, Steve Lennon, Jelle Klaasen and Adam Gawlas.

Searle and Kuivenhoven were narrow semi-final losers, while King and Bunting were joined in the quarter-finals by Scott Mitchell and Croatia’s Boris Krcmar – who picked up a memorable win over world champion Gerwyn Price as he reached the last eight for the second time in 2021.

Tuesday’s event also featured the rare achievement of nine-dart finishes from both players in a match, as Danny Noppert and then Martin Atkins landed perfect legs in a second-round tie which Dutchman Noppert won 6-3.

Darts is back on your Sky Sports screens in July, with nine days of coverage from the iconic Winter Gardens and the World Matchplay – the action gets under way on Saturday July 17