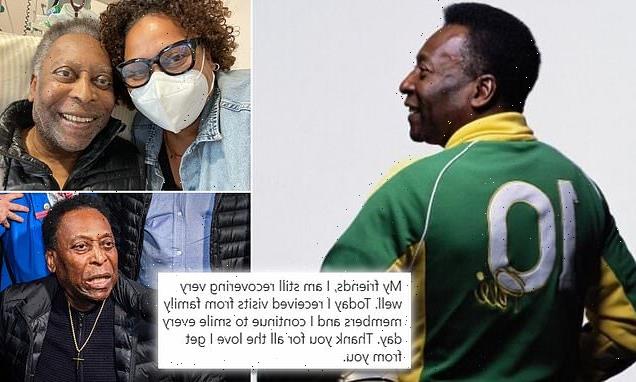 Pele has taken to social media to tell fans he is doing well despite ‘a little step back’ in his recovery after undergoing surgery to remove a tumour from his colon earlier this month.

The three-time World Cup winner was expected to return home shortly after he left intensive care at the Albert Einstein Hospital in Sao Paulo on Tuesday. However, he returned the ICU on Friday.

Pele has, however, since taken to Instagram to inform his followers that he has ‘received visits from family members’ and that he is ‘continuing to smile every day’. 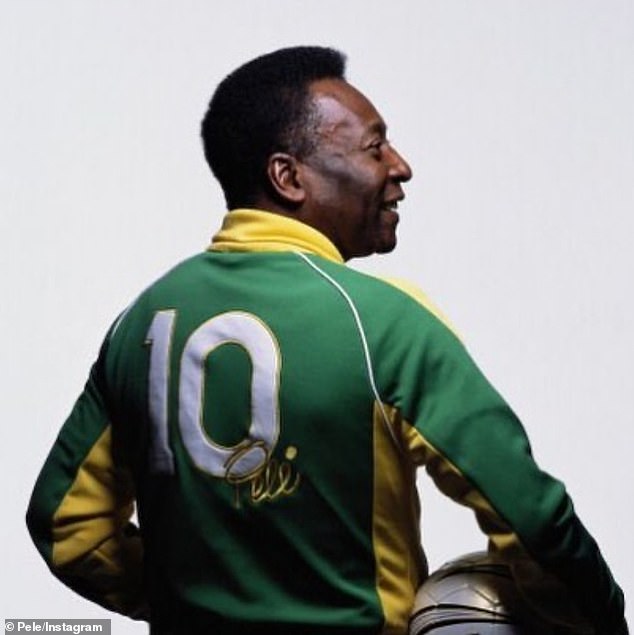 ‘My friends, I am still recovering very well. Today I received visits from family members and I continue to smile every day. Thank you for all the love I get from you,’ Pele said on Instagram.

Pele’s daughter Kely Nascimento also took to Instagram with a photo of the pair to reassure fans that her father was already on the road to recovery following the procedure in September. 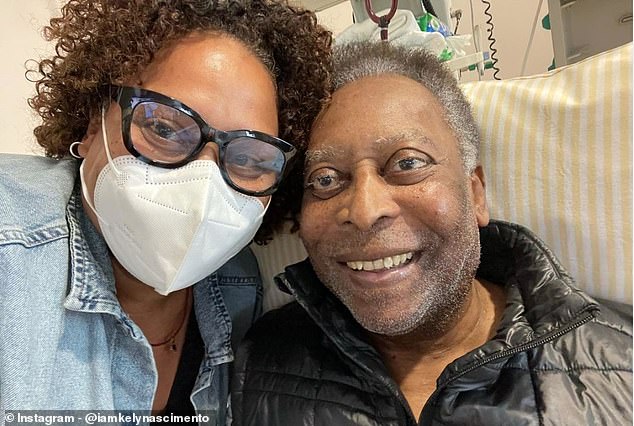 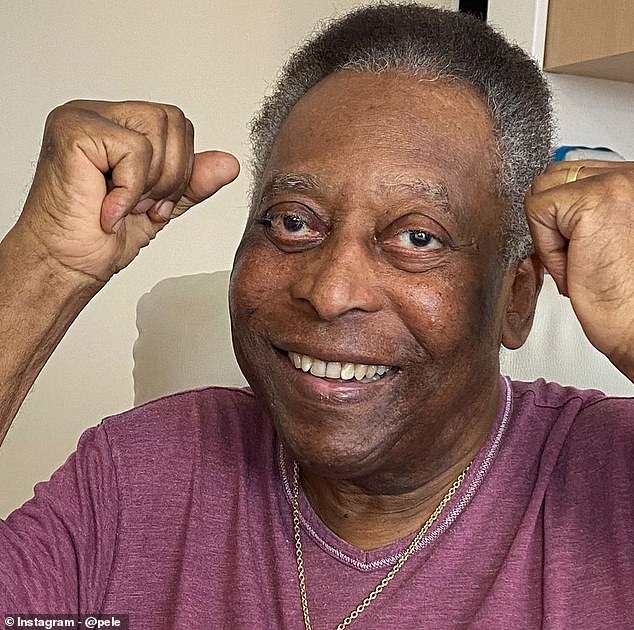 ‘There’s already a lot of anxiety roaming the world these days and we don’t want to be the reason for more,’ she wrote on Instagram in a post which included a picture with her dad in hospital.

‘This photo was taken just now. He is wearing a vest because he is Santista and the cold in SP bothers him! He is recovering well and within normal range. Promise!

‘He doesn’t like it when I say this so please don’t tell him but he is an O’Keefe (sic) gentleman. The normal recovery scenario for a man of his age, after an operation like this, is sometimes two steps forward and one step back. 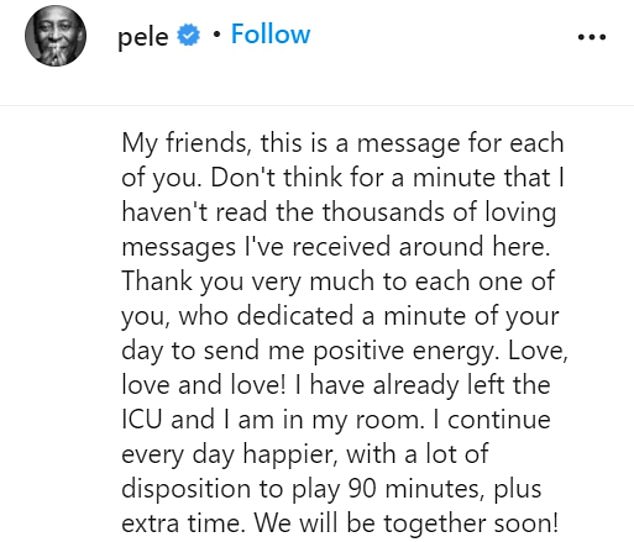 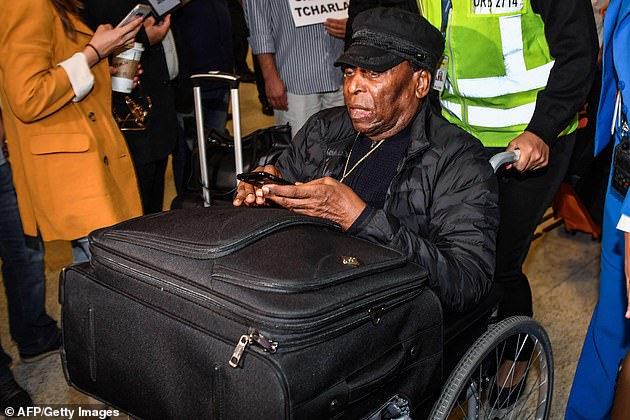 Plagued by health issues in recent years, Pele now uses a wheelchair during his public outings

‘Yesterday (Thursday) he was tired and took a little step back. Today he took two forwards! I want to thank again, and always, the brilliant team here at Einstein and even more gratitude for all of the good energy that you are transmitting.’

Pele required surgery on his prostate in 2015, having been admitted to hospital twice in the space of six months.

In 2019, he was admitted again for a urinary infection – and in February of last year, his son Edinho said Pele was reluctant to leave the house because of hip issues.

Pele then revealed on September 6 that a ‘suspicious lesion’ had been detected during tests, prompting surgeons to operate.

The Brazilian legend – who vowed to tackle his issues ‘with a smile’ on his face – thanked fans for their well wishes when he initially left the ICU unit on Tuesday.

He said: ‘I continue every day happier, with a lot of disposition to play 90 minutes, plus extra time.’ 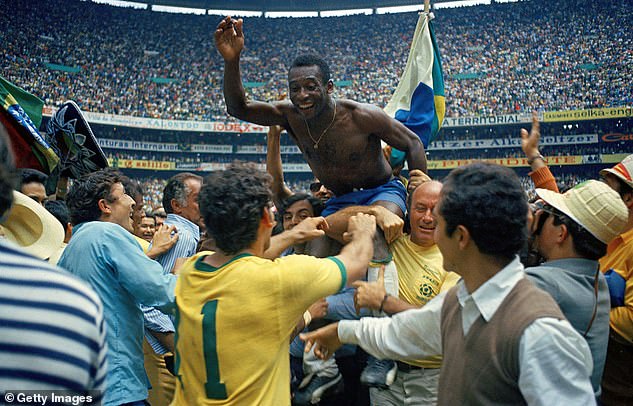 After winning the World Cup three times with Brazil, Pele remains an all-time great, and is his country’s top goalscorer with 77 goals in 92 matches.

Officially, he scored 757 goals during a glittering career – club Santos claim his tally was closer to 1,000 – leaving him behind only Cristiano Ronaldo and Josef Biscan on the all-time list.

Additionally, he was was only recently overtaken as the top international goal scorer in South American history, when Lionel Messi scored a hat-trick for Argentina in their World Cup qualifier last week.

Messi has recorded his huge tally in 153 caps for Argentina, while Pele netted his 77 goals in 92 official matches for Brazil.