PEP GUARDIOLA rejected approaches from Paris Saint-Germain and Juventus before committing his future to Manchester City.

The Spaniard ended speculation over his future by penning a new two-year deal to continue in the dugout at the Sky Blues. 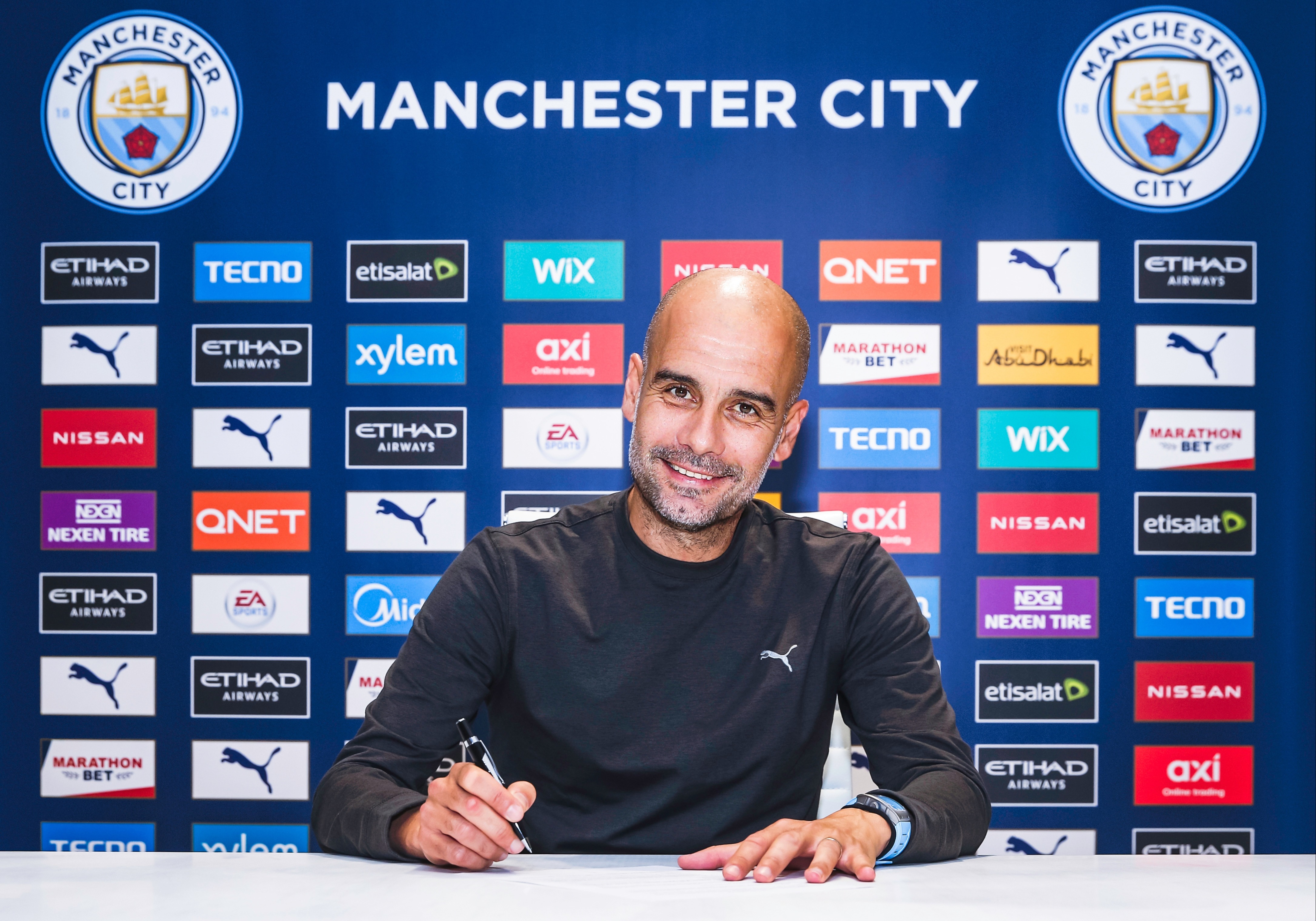 Guardiola has guided City to six major honours since taking over back in 2016 and is set to overtake the length of his previous two managerial reigns at Barcelona and Bayern Munich.

And according to Spanish football expert Guillem Balague, Pep was 'not close at all' to leaving the Premier League for pastures new.

He told BBC Radio 5 Live: "There were offers from Juventus, Paris St-Germain and others, but he's happy.

"He's enjoying himself, he's surrounded by people he trusts, he controls the sporting decisions and is happy that nothing that happens in the changing room comes out, which used to happen at Bayern and Barcelona."

There were offers from Juventus, Paris St-Germain and others, but he's happy

Balague later revealed that City has presented a different challenge to Guardiola than previous roles at Barca and Bayern Munich.

Pep, 49, has been assured he will be backed in the transfer window with the club hope resolving their manager’s future will open the door to luring superstar Lionel Messi.

Balague added: "At Barcelona there was so much tension that the last year [2011-12] was very difficult for him.

"At Bayern Munich, after every game, he had to explain to his bosses how the team played and why he did what he did. It became clear in the last six or seven months of his contract that he was not going to renew.

"But at City, he doesn't have to do any of that. He's motivated by the fact there are going to have to be changes in the squad and he's got the backing of the club to do that.

"With the [presidential] elections at Barcelona on 24 January, it's a good time to say 'I won't be part of that' or 'you cannot use my name'.

"But also, it's time for everybody to focus on the job at hand and nobody should be thinking about leaving, because he's staying on."