PEP GUARDIOLA admitted he did have a touchline bust-up with Sergio Aguero moments after Tottenham's equaliser.

The Spaniard hooked the Argentine striker off for Gabriel Jesus 10 minutes after Lucas Moura headed home from a corner with his first touch. 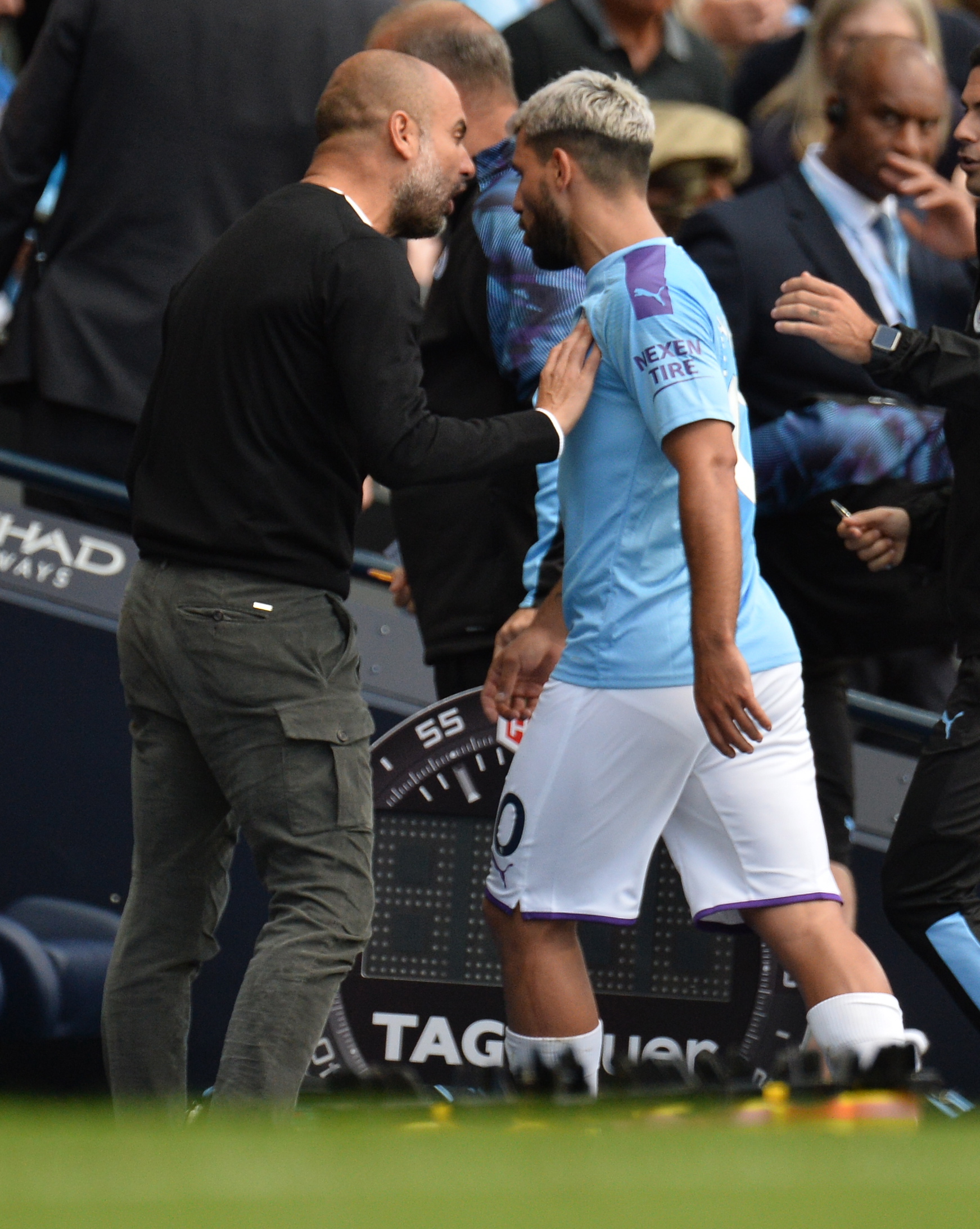 It sparked a public confrontation when Aguero appeared to make a sly comment towards the boss on the touchline.

Guardiola turned around and answered back before the pair had an animated discussion.

Coach Mikel Arteta eventually had to diffuse the situation before it escalated any further.

And the boss has revealed what initiated the war of words – claiming Aguero believed he was being blamed for the equaliser.

"I wanted one on one movement. He thought I was upset with him.

"I am sometimes exaggerated on the touchline but few times am I upset with the players.

"I was a football player, I know what it is like to be in there. Emotion is part of our game. We talked after and during. He's a guy I love a lot."