In the third of our series, the world champion Peter Wright tells us the story behind his walk-on song and dance.

Back on January 1 as Peter Wright lifted the Sid Waddell trophy, no one could have imagined how this year was going to pan out.

Listen to the Darts Show podcast on: Spotify | Apple | Castbox

Following that famous evening, Wright would have been relishing visiting arenas all over the world, being introduced as the world champion and entertaining sell-out crowds with his colourful outfits and legendary walk-on dance.

However, since the global pandemic, walk-ons have become a little different which gives us even more reason to remind ourselves of how Wright, winner of the European Championship at the weekend, usually makes his entrance. 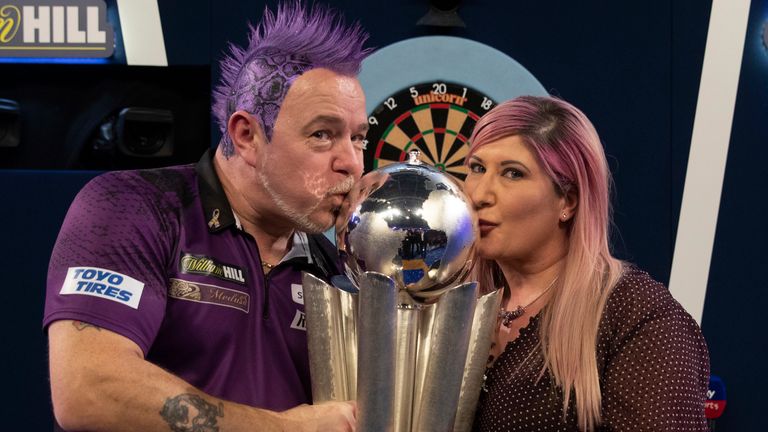 The walk-on has become part of the show and in this series we talk to the players to find out a little bit more about their entrances to the stage that get the party started in arenas all over the world.

Wright’s walk-on is one of the fans’ favourites as the Scotsman takes to the stage to the tune of Don’t Stop The Party by Pitbull before performing his trademark dance move across the stage.

He said: “I’ve had quite a few walk-on tunes. I choose a walk-on tune that actually means something to me or I think can get the crowd involved.

“I listen to the radio during the day when I practice. When any new songs come on I put myself in that position, imagining yourself standing and waiting to be called out. I actually imagine myself walking-on to that tune and whether it will be good or not!”

In the video, the World Cup winner tells us how the song now follows him around off the oche and explains how his now famous dance move was a spur of the moment decision at a European Tour event.

“It was really weird, I was in one of the European Tours in Germany. I just went up on the stage, the crowd was amazing because of the song and I just went: ‘I’m just going to jump across the stage’ and I did and now it has stuck,” he said.

It’s not long to wait until darts is back on Sky Sports, the World Cup of Darts starts on Friday, November 6 in Salzburg at with three days of action.