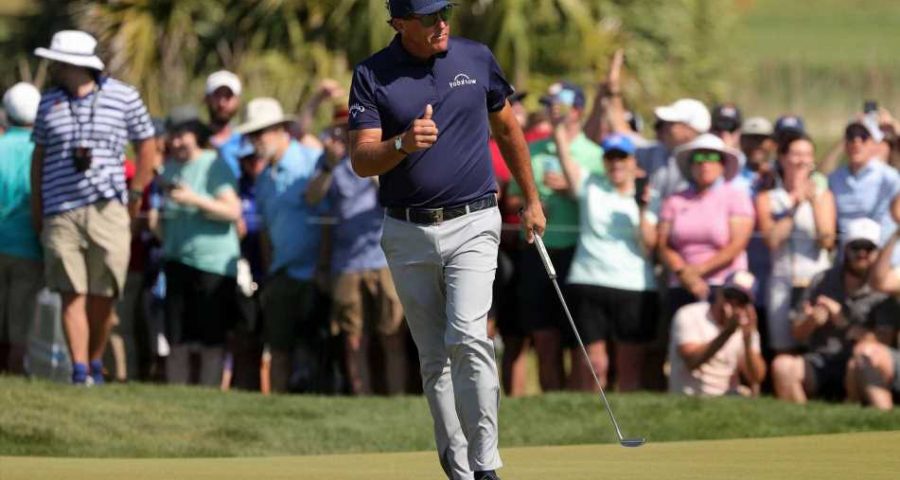 Another major champ still in hunt after rocky round

It’s all on the line for Phil Mickelson Sunday

This was one for the ages.

Phil Mickelson, who will turn 51 in June, became the oldest golfer to win a major by claiming the PGA Championship on Sunday with a score of 6-under at Kiawah Island’s Ocean Course in South Carolina.

It is the sixth major victory for Mickelson and his second time winning the PGA Championship — 16 years after his first.

Mickelson’s last major victory was at the 2013 British Open.

Julius Boros had been the oldest major winner, taking home the 1968 PGA Championship at 48.

Mickelson held off second-place finishers Brooks Koepka and Luis Oosthuizen (4-under) to claim the Wannamaker Trophy. He now has momentum going into next month’s U.S. Open, the only major that has eluded Mickelson in his legendary career.