A FOOTBALLER in Estonia needn't worry about a post-match shower after being subbed off with just 13 seconds on the clock.

The incident happened to 16-year-old player Lauri Supp who was playing for Kalju against FCI Levadia. 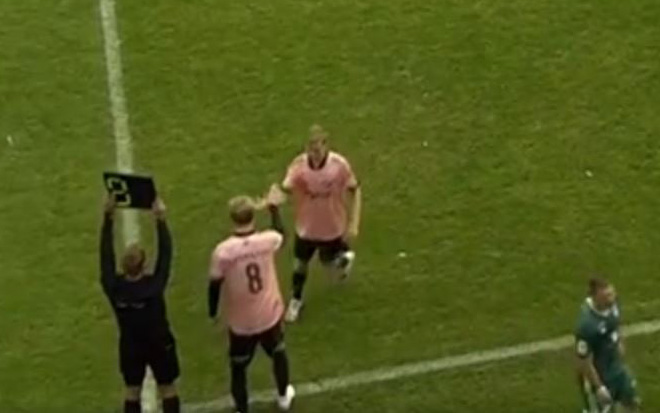 Following kick-off the keeper booted the ball into touch before the fourth official raised his board with Ukrainian Vladislav Homutov coming on in his place.

Rules in the Estonian top-flight state each side must include two homegrown players in their starting XI.

With many of Kalju's first-teamers self-isolating due to the pandemic, the manager was forced to throw Supp into the side.

But it appeared he had no plans to keep him there following the swift sub.

He may have wished to have kept him on the field after Kalju crashed to a 2-1 defeat.

It could go down in record as the fastest ever substitution in football.

Former Chelsea star and Cluj boss Dan Petrescu made a subsitute after 24 seconds in March following a similar rule in Romania.

And in March 1998, in a game between Lincoln and Swansea, the host's Grant Brown was hooked off inside two minutes after the Swan sprung a tactical surprise.