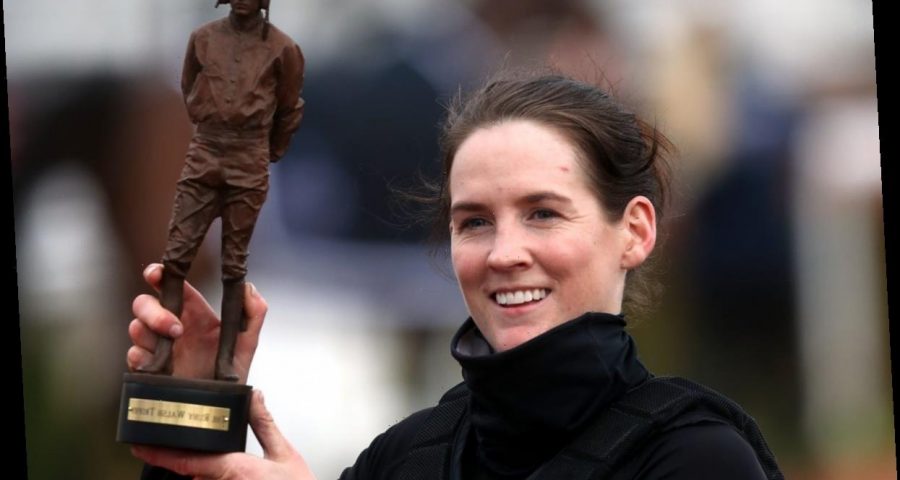 As Rachael Blackmore crossed the line on Tuesday afternoon, she was met with a historic silence. It was as if Cheltenham Racecourse was having a moment of quiet to welcome in a new era of horse racing, while saying goodbye to the old one.

Blackmore and Honeysuckle were the strong force that jumped the all-male hurdle in their momentous victory in the Unibet Champion Hurdle, with Blackmore making history as the first female jockey to win the event. And let’s not downplay Honeysuckle who made it her 11th unbeaten run.

“She’s just so incredible,” Blackmore said afterwards. “I’m so thankful to be a part of her – it’s all about her. She’s getting better and improving. It’s phenomenal.”

This was just the start for Blackmore though at this year’s Cheltenham Festival. The 31-year-old finished with a tally of six, and also became the first woman in history to win the leading jockey prize and took home the Ruby Walsh Trophy.

The Irishwoman rounded off the Festival with more wins at Cheltenham 2021 than all the trainers based in Great Britain, cementing her position as the top rider at the meeting in the first race on Friday, as Quilixios claimed the Triumph Hurdle.

The daughter of a dairy farmer and a teacher, Blackmore is the unlikely star to break many of the gender barriers in racing.

She has been described as the ‘reluctant heroine’ but is keen to never be defined by her gender. Racing is one of very few sports in the UK where both males and females compete against each other and the sport can be used as an example to others in bridging the gap.

There is no denying she is up there with the likes of Caroline Beasley, who became the first woman to win at the Festival 38 years ago, and has the praise of the legendary 20-time champion jockey AP McCoy.

He said: “The winners tell you she is the best jockey around at the moment.”

The only card Blackmore seemed to play wrong this week is when she opted to partner A Plus Tard in the Wellchild Gold Cup, leaving Jack Kennedy to take the win on Minella Indo. However, Blackmore’s second-place finish allowed trainer Henry de Bromhead to claim a famous one-two.

Blackmore was able to edge ahead of fellow female jockey Bryony Frost though, who claimed fifth on Frodon. Frost became the first woman to win a Grade One race two years ago at Cheltenham.

Blackmore put in an excellent performance for trainer De Bromhead all round, who sent out Honeysuckle to win at the Champion Hurdle and also Put The Kettle On in the Champion Chase.

He said: “I’m delighted for her, she’s such a good rider, an ultimate professional and deserves everything she gets.”

Hailing from Killenuale in County Tipperary, Blackmore was not reared in a racing family but has been competing professionally in horse racing since 2015.

She admitted her parents are thoroughly enjoying her exploits at home in Ireland. “They’re getting a great kick out of it, so it’s brilliant. I know they’d have loved to have been here today, like a lot of people. I’m just happy I’m here and these horses are here.”

And so ends a dream week.

“I’m genuinely just so overwhelmed by these last few days” she said after collecting her trophy. “It’s all about the horses you’re getting on, and I just feel so lucky to be riding for the people I’m riding for.

“I can’t comprehend that I’m the leading rider – it’s a bit surreal.”