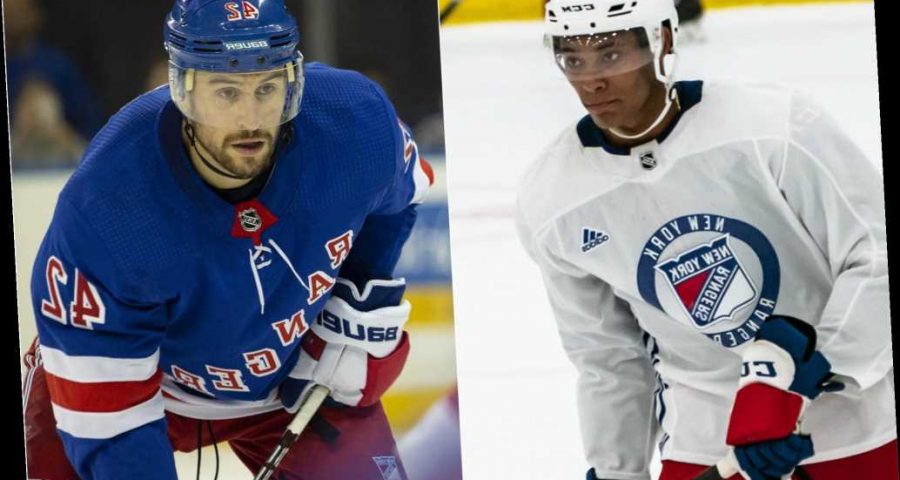 Ryan Callahan retires: How he willed his way into Rangers force

Rangers must decide if captaincy would burden Mika Zibanejad

I tweeted a few weeks ago about how the adoption of the taxi squad for the NHL season would provide a cap-related incentive for clubs to go with the minimum required 20 players on the official roster.

The Athletic’s James Mirtle took it a step further last week, writing that teams could effectively shuttle players back and forth between games in order to create additional cap space as the season evolves.

On Saturday, Rangers general manager Jeff Gorton talked about how “having flexibility is always good.”

There will be restrictions, of course, with the taxi squad limited to between 4-6 players, but a team could theoretically send two players to the taxi squad on every off day before recalling them by 5 p.m. on game day.

Available cap space compounds during the year, so daily savings can mount considerably during the course of this 116-day season. And as the Blueshirts deal with the cap and the bonuses charged against their entry-level studs, having the ability to flex two between the roster and the taxi squad would add up considerably.

Remember, players on the taxi squad will practice and travel with their NHL teams. There will be no discernible difference on off-days between guys on the roster and those on the auxiliary unit.

So this: Morgan Barron’s cap hit amounts to $15,302 per day. K’Andre Miller’s amounts to $10,991 per. Should we even go there with Alexis Lafreniere at $32,543 per and Kaapo Kakko’s $30,819 per, or would that constitute a bridge too far for the Rangers to cross with their prize selections of the past two drafts?

But there is this for the Rangers to consider: They would be creating space for themselves by stowing kids on the taxi squad, but at the same time would be taking a considerable amount of money from their players; and all of those who are still entry-level are on two-way contracts, with the AHL component set at $70,000.

The Rangers could do it, but is that the way the organization wants to begin its relationship with two potential cornerstones? It’s legal, but it is proper?

But here’s the way out for the Rangers. And it’s a beauty that benefits all concerned.

Because if they yo-yo veterans Brendan Smith and Jack Johnson between the roster and taxi squad, the team would reap cap savings of $9,276 per day on each player per the $1.075 million AHL-allowance, and the players would not lose a nickel on their one-way contracts. In fact, they would actually earn more, given that AHL players are not hit with escrow deductions.

True, both Smith and Johnson would be subject to waivers, but who believes that there’s risk in exposing either or both? Someone is going to claim Smith’s $4.35 million contract? Someone is going to take Johnson at $1.15 million? Yes, waivers would have to be renewed every 10 games or 30 days, but, again, so?

So, the Rangers could start with four players on the taxi squad and rotate Smith and Johnson on and off throughout the year.

That is called having your cake and letting the players eat it, too.

There is no such thing as operating on credit in pro sports, so if Bruins management reached the conclusion that Zdeno Chara had outlived his usefulness as a regular, more power to them. But the suits in the suite had better be right on this one.

It will be ugly if Chara — who at 43 isn’t quite what he once was — becomes a defining force for the Capitals through this meatgrinder of a season in which Washington and Boston will meet eight times.

Chara is, I think without much legitimate argument, the most impactful free-agent signing of the cap era. In 2006, the Senators had both Chara and Wade Redden coming up on free agency. They offered each a short-term, home discount deal for $6.5 million per. Redden accepted it. Chara did not, instead going to the B’s, then run by interim GM Gorton, for five years at $7.5 million per.

Sliding doors, and all that, the ramifications of which were also felt on Broadway.

Teams were forced to game-plan against Chara, who would move from left to right if necessary to mark his match. It was impossible to avoid him. Chara — not Brad Marchand — was representative of the Bruins’ attitude and muscle.

When Chara licked you, it had nothing to do with his tongue.

Maybe it’s a generational thing, but, man, the Devils’ social media account seems about as juvenile as it gets.

And finally, didn’t Drew Doughty used to do most of his talking through his play and not his mouth?