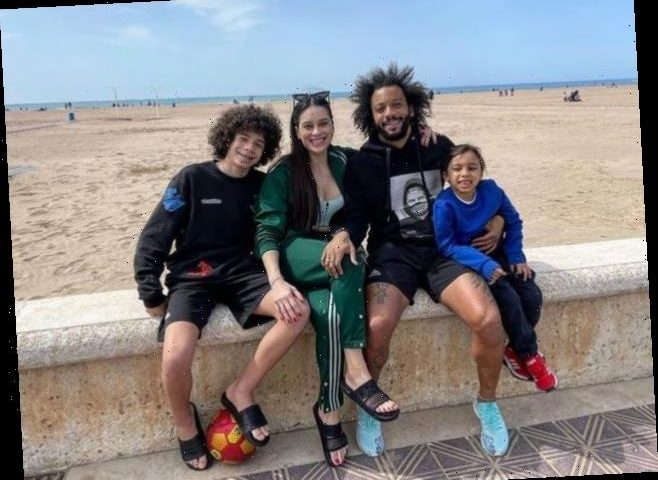 REAL MADRID star Marcelo is under investigation after appearing to breach Covid-19 travel restrictions by leaving the Spanish capital to travel to the beach with his family.

The Brazilian left-back left himself facing a four-figure fine by publicising a photo showing him relaxing in the sun at Malvarrosa beach in Valencia, a four-hour drive from his home. 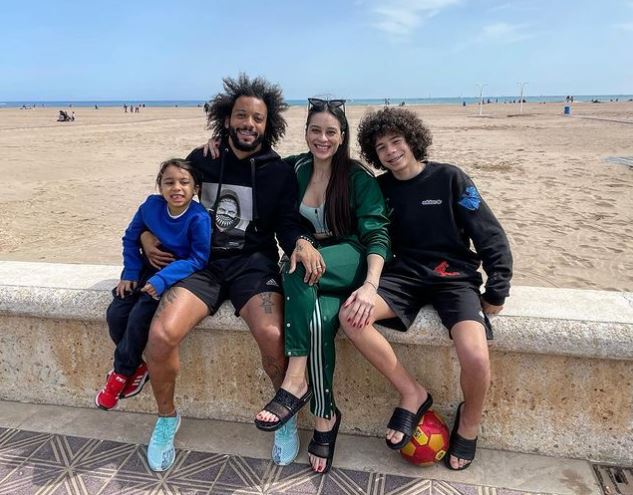 He was pictured relaxing with his actress wife Clarice Alves and their two children Enzo, 11, and Liam, five.

The Real veteran, who signed for the Spanish giants from Fluminense in 2006, captioned the holiday snap: “Sunny Sunday in Valencia”, prompting an immediate like from team-mate Casemiro.

One of the footballer’s 46 million followers reacted to the photo, which showed Marcelo and his family with no facemasks on and in apparent breach of restrictions preventing travel outside of Madrid without a justified cause: “It angers me that famous people like you rub our faces in it.

“You can leave Madrid but poor people like us can’t.”

Another added: “Rules and regulations are put in place for something, not so that people with money can do what the hell they want.”

A third raged at Marcelo: “Do you think you’re better than the rest and lockdown shouldn’t apply to you?”

There was no immediate comment from the footballer to the criticism he received.

Regional government health chiefs in Valencia confirmed they had initiated proceedings which could lead to fines for breaching Covid-19 travel restrictions.

Marcelo, who reportedly earns over £20,000 a day, shouldn’t have too many problems paying up if he and his family are hit with a fine.

The footballer was given time off during the international break and is expected back for training at the start of this week along with other players that haven't been called up.

The Covid-19 restrictions currently in place in Spain prevent travel outside of peoples’ home regions. The few exceptions include travel for work or humanitarian reasons.

Facemasks are mandatory in public places. In the Valencian region, which covers the city of Valencia as well as towns and cities further south like Benidorm and Alicante, bars and restaurants have to close at 6pm.

More than 75,000 people have died from coronavirus in Spain since the start of the pandemic. The total number of Covid-19 cases currently stands at more than 3.2 million.

In the Madrid region nearly 15,000 people have died.