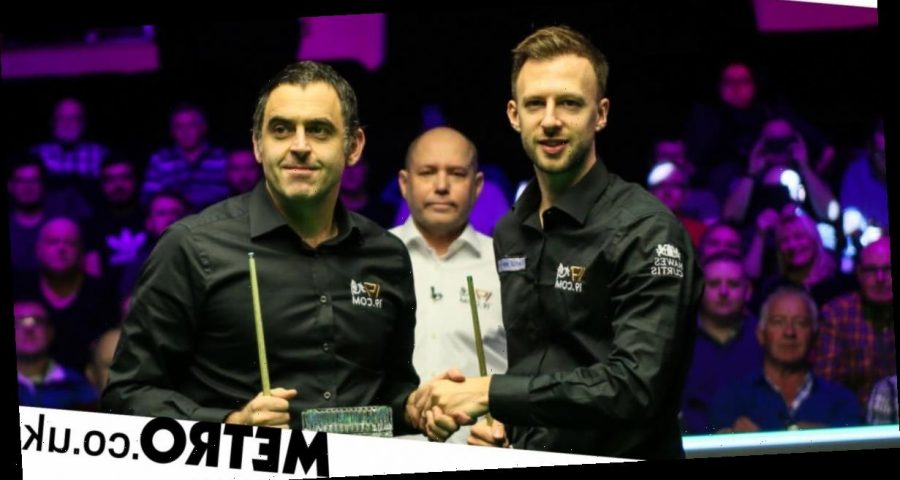 Ronnie O’Sullivan rates Judd Trump as one of the three toughest opponents he has ever faced on the snooker table, alongside Stephen Hendry and John Higgins.

Trump has established himself as the most potent force in the game, riding high as world number one since winning the 2019 World Championship and continuing to rack up ranking titles since then.

He may no longer be the world champion, or hold any of the Triple Crown titles in fact, but the 31-year-old’s continued excellence leaves little question that he is the finest player on the planet.

O’Sullivan has been beaten by Trump on each of their last three encounters and the Rocket now classes him alongside two of the all-time greats of the baize.

‘He’s at that level where Hendry and Higgins were,’ O’Sullivan told Metro.co.uk.

‘Judd’s definitely in that bracket. I’ve played them all and I’ve always said Hendry and Higgins are the two hardest opponents I’ve had.

‘In terms of snooker ability, their ability to just out-play you and if you don’t play to that level, they don’t drop to your level. They just keep their level very, very high.

‘Higgins and Hendry were the only two players I put in that bracket but now definitely Judd is in there. He’s playing to a very, very high standard a lot of the time.’

While most consider O’Sullivan the finest player the sport has ever seen, with Hendry his closest competitor, there has also been plenty of talk of Trump taking snooker to a new level.

Hendry himself has claimed that Trump can produce shots that the rest of the players in the game simply cannot, thanks largely to his immense cue power and unique technique.

‘Some of the shots, they are shots that only Judd Trump can play, he’s got such an advantage over the rest of the tour,’ Hendry said as Trump powered to his World Championship win.

Given his status in the game and genius on the table, it may seem strange to O’Sullivan that it is suggested Trump can do things with a cue that he cannot.

The reigning world champion does dispute the suggestion that he couldn’t pull off certain shots, but hails Trump’s consistency with them and confidence to take them on when most wouldn’t.

‘It’s not that you can’t play them,’ said Ronnie. ‘You could probably play them, but it’s like a golfer who can drive the ball 380 yards, but he only drives it 320 to keep the accuracy.

‘You might be able to play a shot Judd plays, but you’ll be on your limit every time, whereas I think Judd isn’t on his limit.

‘So he’s playing these shots and you just think “wow” because if you were to do it, nine times out of 10 you’d get it wrong and the odd time you’d get it right.

‘Whereas Judd is getting it right eight times out of 10 and the odd time it will go wrong. He has this ability to create spin and power that nobody else can.’

The Rocket feels Trump is uniquely dangerous in almost any situaion thanks to his immense potting ability and willingness to take on aggressive shots.

His incredible talent means that you never feel safe, even when balls appear to be safe, or you have a big lead in a match.

‘You get to the point where you’re sitting in your chair and there might be nothing on but you have to accept that he’s probably the only player that could have cleared up the table in five minutes’ time,’ explained the 45-year-old. ‘That makes him very, very dangerous.

‘If you do create a lead, like Neil Robertson did at the English Open, 7-4 up playing fantastic snooker, he just found another gear, four frames from nowhere because he can just out-play you, without you doing anything wrong.’

Trump would go on to win that English Open final 9-8 against the man who O’Sullivan considers the only one capable of competing with Trump at the moment.

‘Hendry and Higgins are the only other players that had that ability to out-play you like that,’ said Ronnie. ‘But Judd’s put his own spin, his own brand on doing it.

‘Whereas Hendry would out-score and out-pot you which was phenomenal, Higgins would out-play you with all his safety, shut you out for hours and hours, but Judd is somewhere in between.

‘He’ll score well, pot well, you’ll still get your chances against him, but if you don’t take them you don’t get another chance.

‘That’s what Hendry was like, you got chances, but if you didn’t take them you didn’t see another ball and you knew he was going to clear up. So when someone brings that to the table, you know you have to perform, be very clinical and play a good all round game.

‘Neil Robertson is capable of it, he’s the only other one at the moment who can play flawless snooker and if he does then he’s got a chance against Judd because he’s not making any mistakes.’

Trump and O’Sullivan are in action at the Masters in the coming week, with Trump taking on Dave Gilbert on Sunday and O’Sullivan facing Ding Junhui on Wednesday

Watch the Masters live on Eurosport and Eurosport app from Jan 10-17.