ANTHONY JOSHUA has been warned not to "underestimate this little fat boy" by his next opponent Andy Ruiz Jr.

On June 1 in New York AJ will make his US debut against Californian Ruiz, who has stepped in after Jarrell Miller was banned for failing drugs tests. 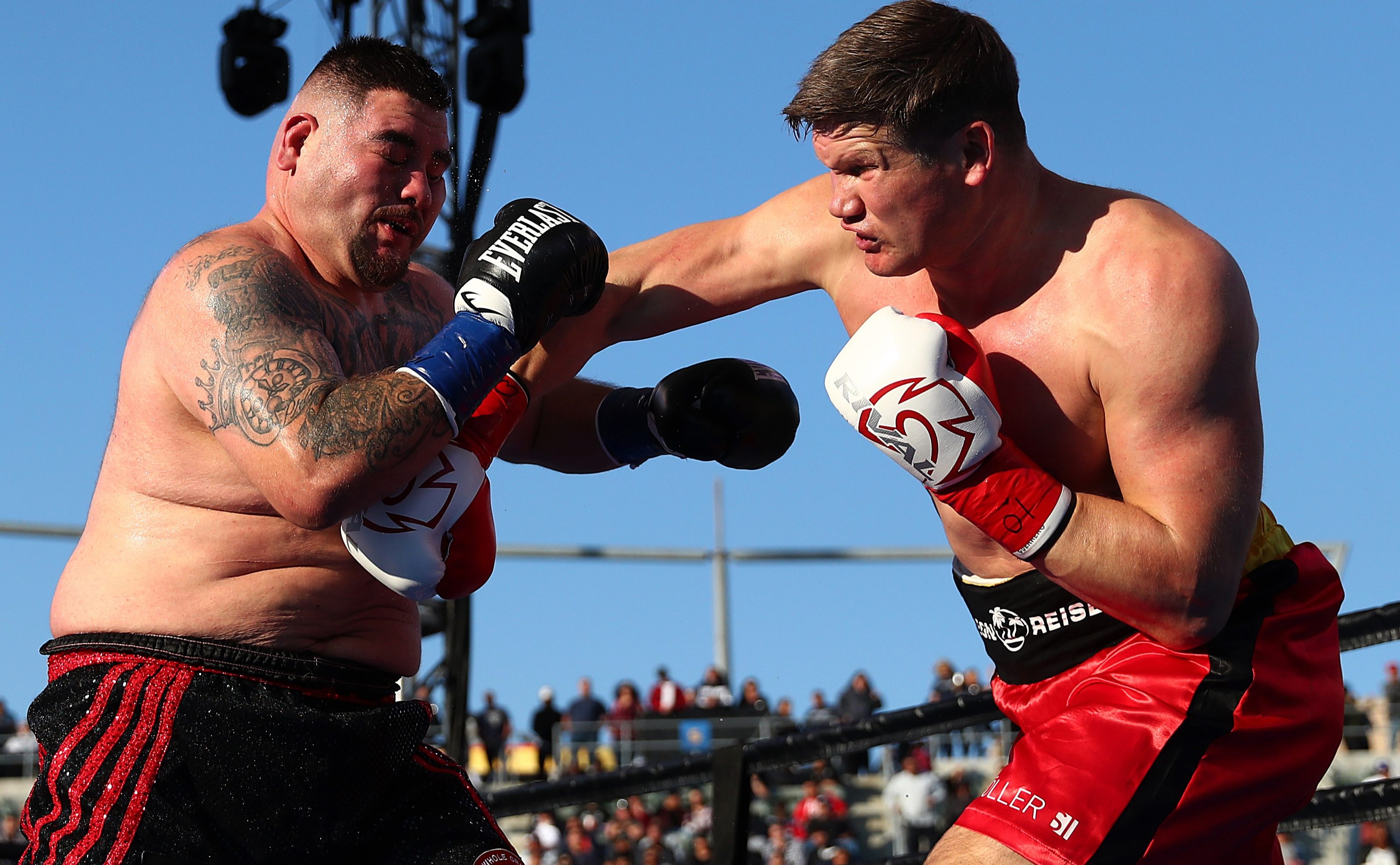 And while Joshua is as short as 1/33 to beat Ruiz, the underdog is warning the WBA, WBO, IBF and IBO champ to under-estimate him at his peril.

Speaking to Sky Sports, Ruiz said: "He's a champion of the world. There's nothing that I can say bad about him, besides that he's big but you know what.

"I'm big too and it doesn't really [matter] how big you are in this game. I'm a big fighter, a combination fighter, so I'm here to win.

"A lot of people underestimate me, like I said, the way that I look, my appearance, but as soon as they see me throw punches, I'm going to pull out the upset.

ONCE CALLED A FAT SLOB

"And June 1 tune in, two big heavyweights bashing their face up, and that's the main thing.

"Anthony, don't underestimate this little fat boy. I'm coming for you, just tune in man, you're going down."

Mexican-American Ruiz, once called a "fat slob" by legendary promoter Bob Arum, has been handed the opportunity of a lifetime as he replaces drug cheat Miller at Madison Square Garden.

Taking the fight at just five weeks' notice, the Californian-born brawler nicknamed “The Destroyer” has vowed to change his family's life and ruin Joshua's US debut – and looks to use his eye-catching speed to do so.

Ruiz, who once feared he was too fat to be a boxer and who last fought in a daytime scrap, was noted by promoter Eddie Hearn as a tougher test for AJ than Miller.

Joshua is no stranger to a change of opponents, however, having seen Kubrat Pulev replaced by Carlos Takam at two weeks' notice in October 2017. 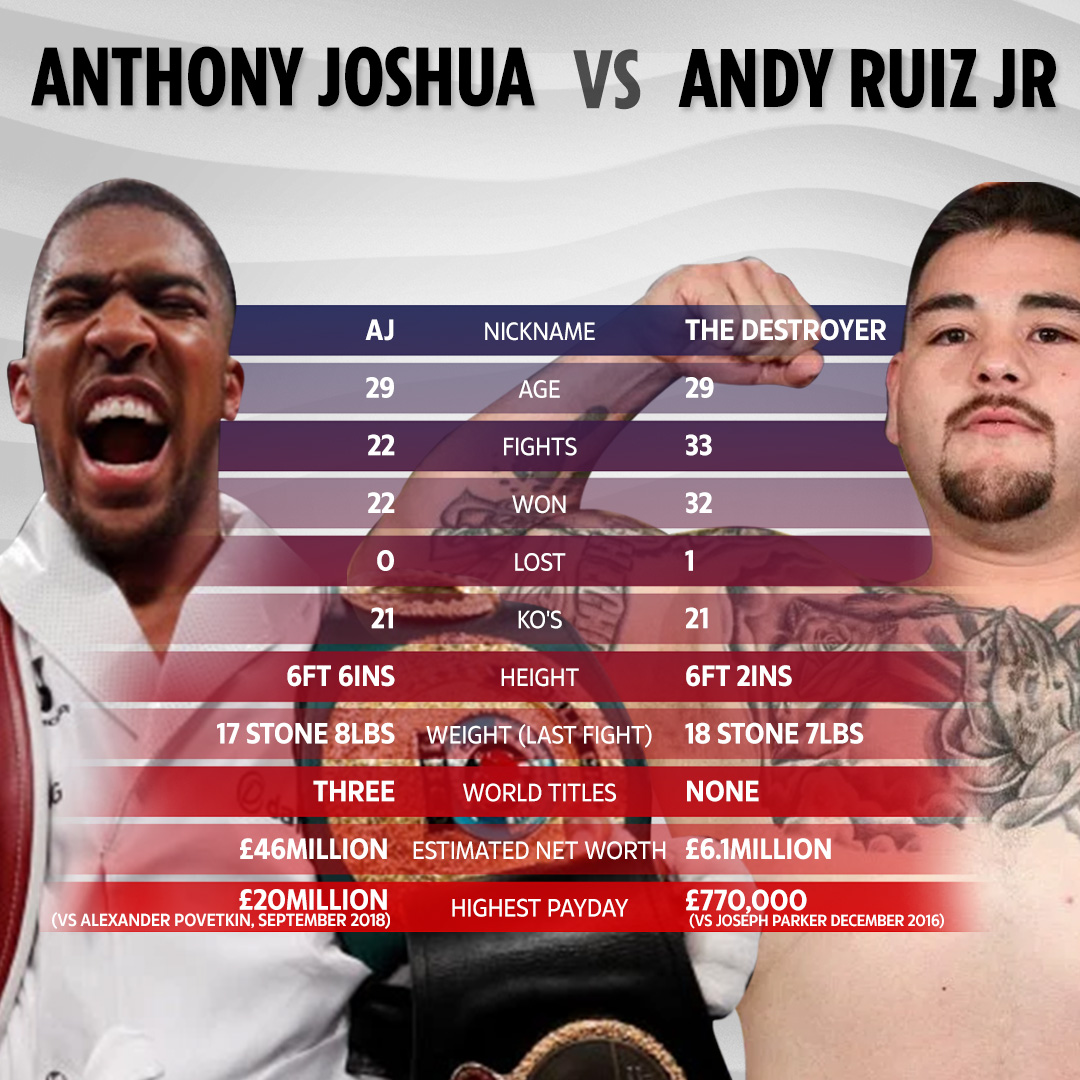 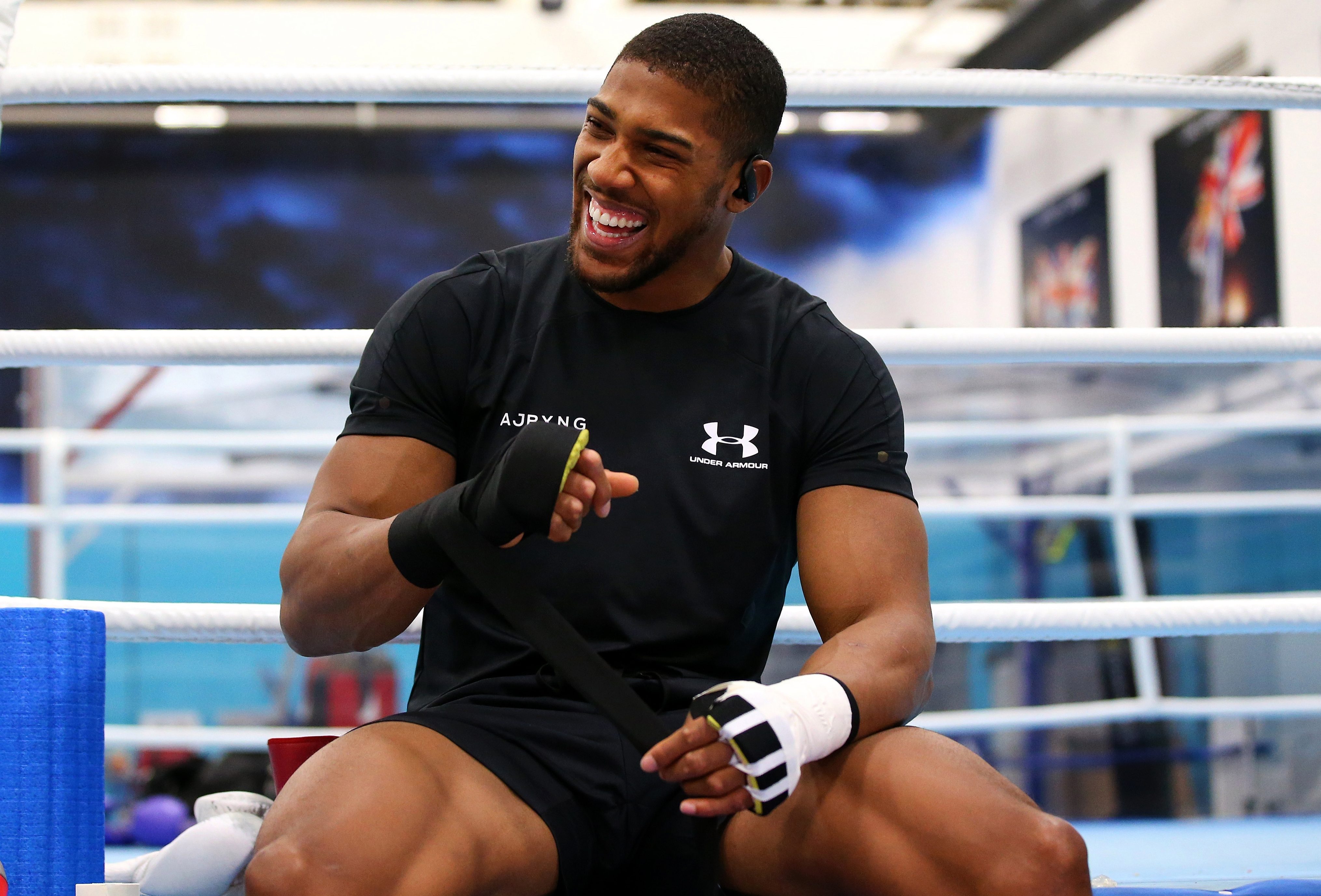