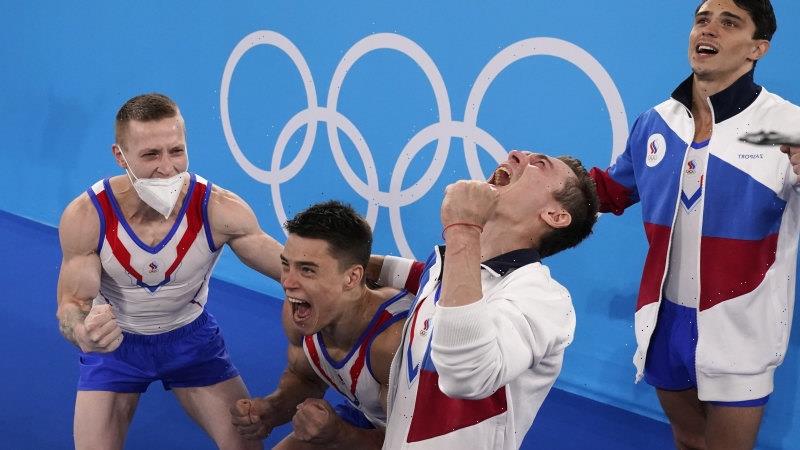 Tokyo: Russia by any other name is just as successful at the Olympics.

The rebranded team – known at the Tokyo Games as ROC, short for Russian Olympic Committee – has easily beaten its medal target by surpassing the haul of 56 from the 2016 Rio de Janeiro Games. The team was assured of leaving Tokyo with at least 70 medals as of Saturday night. 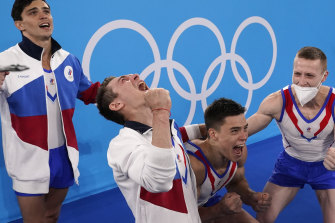 That was despite having to compete without the national flag or anthem (Tchaikovsky’s Piano Concerto No.1 is played at medal ceremonies instead), following a legal battle last year at the Court of Arbitration for Sport.

Russia, accused by the World Anti-Doping Agency of running a state-backed doping program, was later punished for tampering with data from a Moscow laboratory. The country denies wrongdoing.

Some in Russia took the sanctions as an affront. Many of the country’s critics in the sports world argued the punishment didn’t go far enough, especially given athletes still competed in national colours.

The restrictions were “not any sort of problem for our athletes from the perspective of sporting results, and we have all seen this with our own eyes,” ROC president Stanislav Pozdnyakov said. 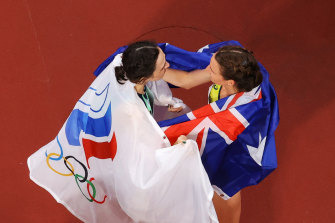 Pozdnyakov also congratulated various officials on the achievement of having no athletes test positive at the Tokyo Olympics, praising them for “fighting against negative influences in sports”.

Two rowers did test positive before the Tokyo Games, forcing Russian officials to withdraw their crew, but there have been no accusations that any team members doped in Japan.

Russia had a turn as the aggrieved party when it was announced Brazilian volleyball player Tandara Caixeta had tested positive before the Olympics. The result was only announced after she had already played her part in eliminating the Russian squad in the quarter-finals. 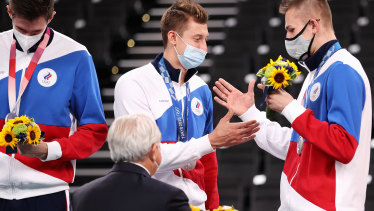 Russian athletes earned victories in the men’s and women’s team all-around in gymnastics.

Swimmer Evgeny Rylov won gold medals in the men’s 100-metre and 200-metre backstroke events, wins which set the swimming community talking about whether he should have been competing given Russia’s past doping scandals.

“It is a huge mental drain on me to hear I’m swimming in a race that’s probably not clean,” said American swimmer Ryan Murphy, who finished behind Rylov in both backstroke races. “That is what it is.”

Murphy later said he wasn’t accusing Rylov of cheating. Soon after, the ROC hit out at its critics in a social media post with pictures of Murphy and other athletes, saying some were just sore losers.

“Yes, we are here at the Olympic Games. Absolutely by right. Whether someone likes it or not,” the statement said. “You need to be able to lose. Not everyone has that gift.”

Rylov became a cult hero back home, less for the controversy than for his cat-themed face mask. 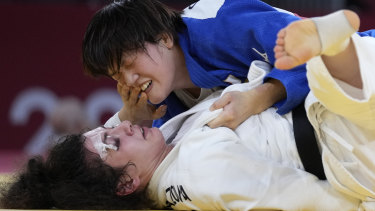 Madina Taimazova, with an injured eye, competes against Chizuru Arai of Japan in the under-70kg judo semi-final.Credit:AP

Others shot to fame for their courage under pressure, including Maxim Khramtsov, who won taekwondo gold with a hand injury, and Madina Taimazova, who took judo bronze with a severely swollen eye.

The Russian athletes have stuck to the rules and deflected any questions away diplomatically. Politicians and officials, not so much.

The new name has been good fodder for puns. An all-Russian final in tennis in mixed doubles became the “ROC n’ Roll Final” on the team’s social media.

Pozdnyakov had a personal reason to celebrate, too. The ROC president’s daughter Sofia Pozdniakova won individual and team gold medals in sabre fencing. Her four-time gold medallist father won both events during his career but never at a single Olympics.