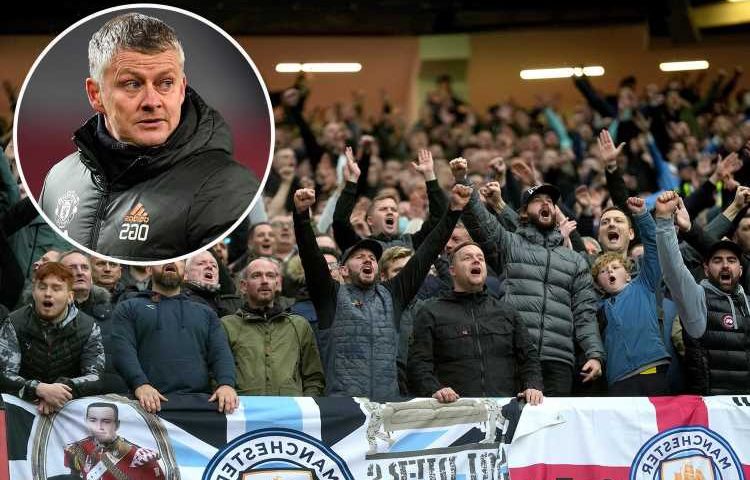 RUTHLESS Manchester City fans chanted 'Ole's on the dole' in a cruel twist on 'Ole's at the wheel' following the Norwegian's sacking.

The Etihad faithful basked in their rivals' misfortune during Sunday's Premier League win over Everton. 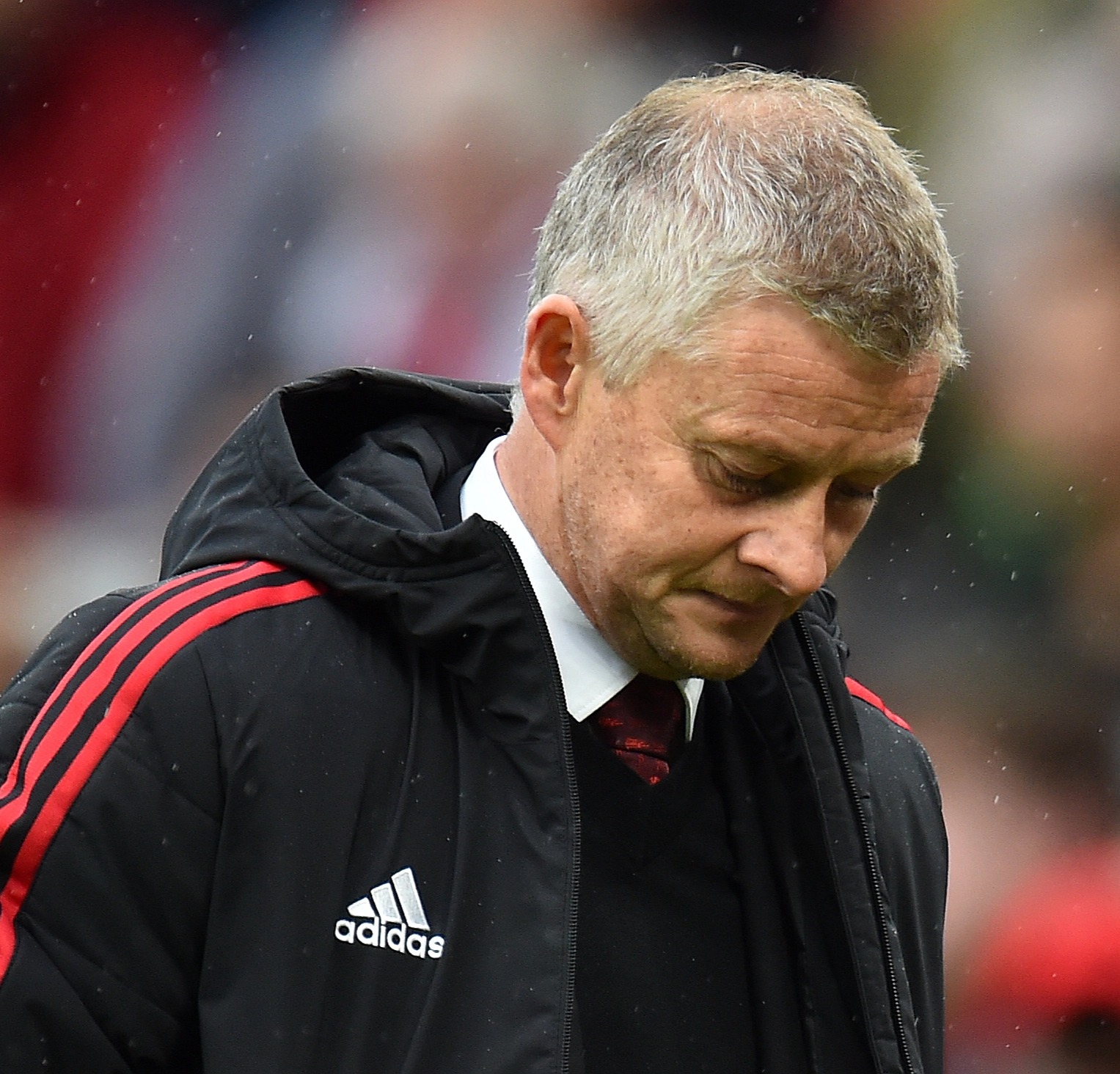 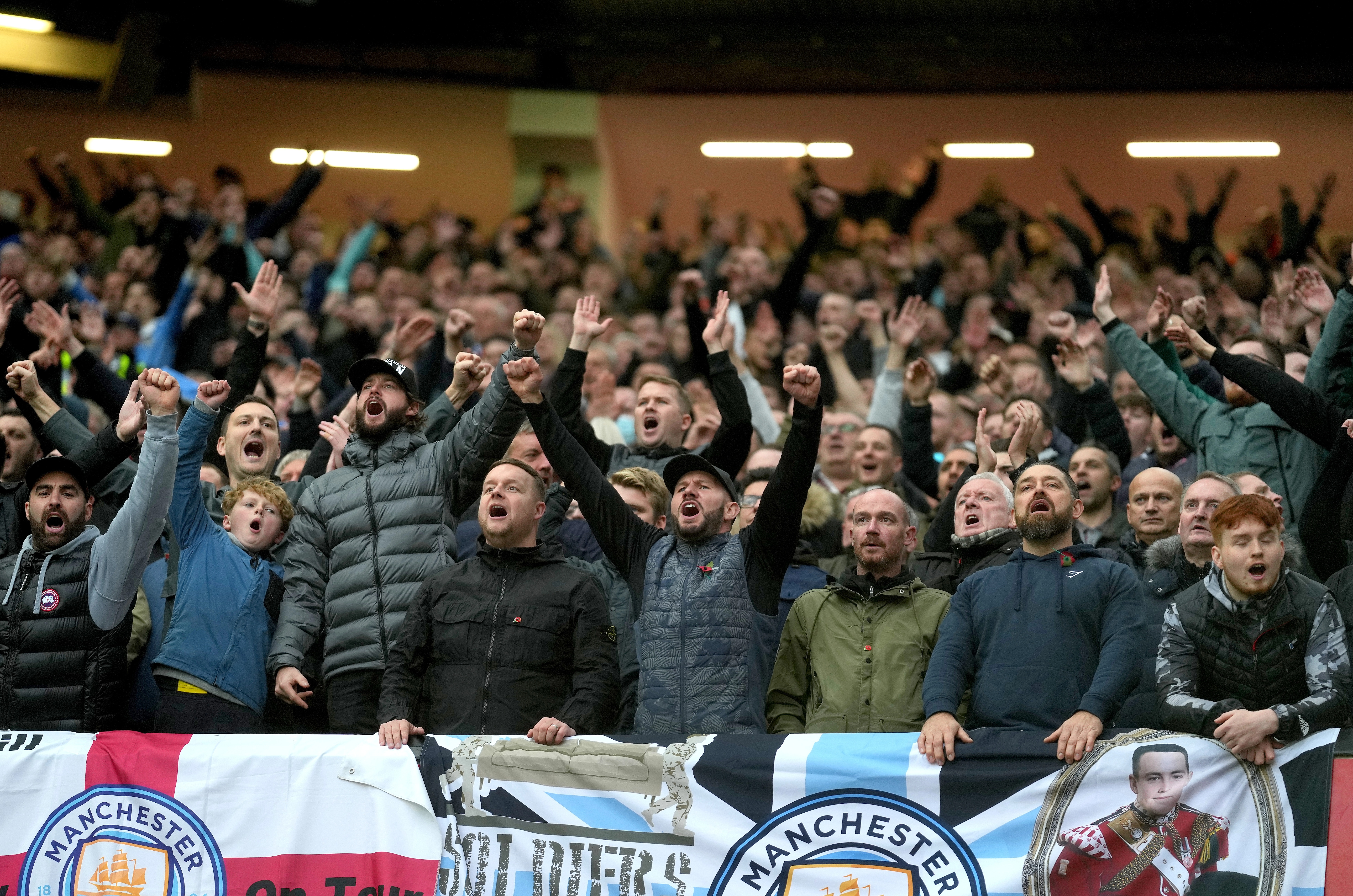 United fans and Rio Ferdinand famously said Solskjaer was at the wheel when he took over at Old Trafford – and used the phrase in their chant about the former boss.

But City supporters were keen to mock their struggling neighbours and unemployed Ole.

The Norwegian boss was axed in the wake of the humiliating 4-1 defeat to Watford on Saturday evening.

And the club delivered the news on their website with a short, 159-word statement.

It said the Old Trafford hierarchy made the decision "with regret" and says "Ole will always be a legend at Manchester United."

United chiefs met at 7pm last night to discuss sacking the Norwegian, who they'd handed a new three-year deal to in August.

As revealed by SunSport, Solskjaer will have to be given a full year's salary as a severance package by the club – which works around £7.5m.

Michael Carrick, 40, will take temporary control of the team as they hunt a long-term replacement.

David De Gea was among the players that expressed their appreciation for the head coach's contribution in the last three years.

The star goalkeeper described the loss to the Hornets as a "nightmare" last night but now insists Solskjaer always "gave everything" for the Red Devils.

De Gea tweeted: "You always gave everything and everyone knows you are a legend at [Man Utd]."

Marcus Rashford also expressed his respect for the 48-year-old gaffer as he shared a picture of them together and described him as a "club legend".

Captain Harry Maguire, who was sent off at Watford, thanked him for helping him join the "best club in the world".

Maguire said: "You signed me for the best club in the world and gave me the biggest honour in football. Huge respect and forever grateful. Thank you for everything boss. Legend."