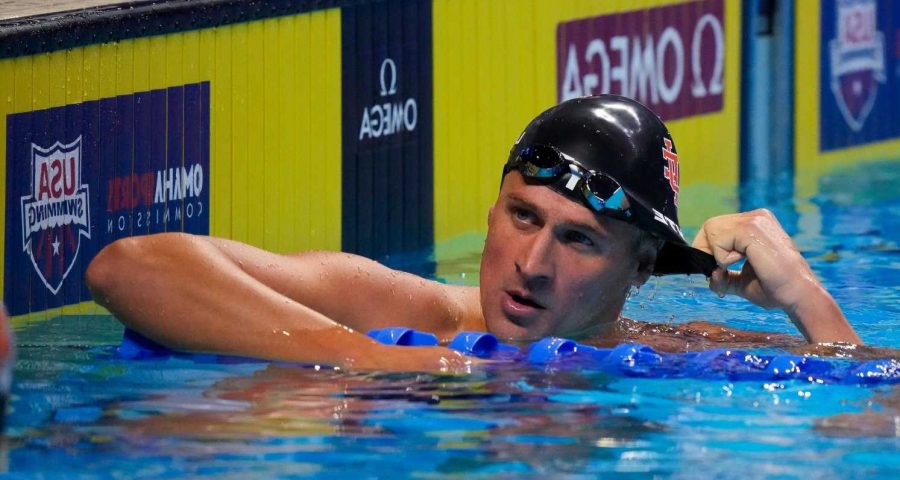 OMAHA, Neb. — Ryan Lochte, a controversial veteran of the U.S. Olympic swimming team and the winner of 12 Olympic medals, six of them gold, has failed in his attempt to qualify for his fifth Olympic Games.

Lochte, 36, finished seventh in the men’s 200-meter individual medley Friday night at the U.S. Olympic swimming trials, signifying an end to his long-shot bid to compete in Tokyo next month.

His time of 1:59.67 was more than four seconds slower than winner Michael Andrew’s time of 1:55.44 and nearly three seconds behind second-place finisher Chase Kalisz.

Lochte’s performance from Thursday’s morning preliminaries to evening semifinals sent an ominous signal when he actually went slower from one race to the next, exactly the opposite of conventional swimming strategy. And he went another second slower in Friday’s final, clearly running out of steam the longer he competed.

Since his last appearance at the trials in Omaha in 2016, Lochte has been suspended twice: once for creating an international incident at the Rio Olympics by claiming he had been robbed at gunpoint when in fact he and three other U.S. male swimmers urinated outside a gas station, and the second time for a doping violation after he received a prohibited intravenous injection.