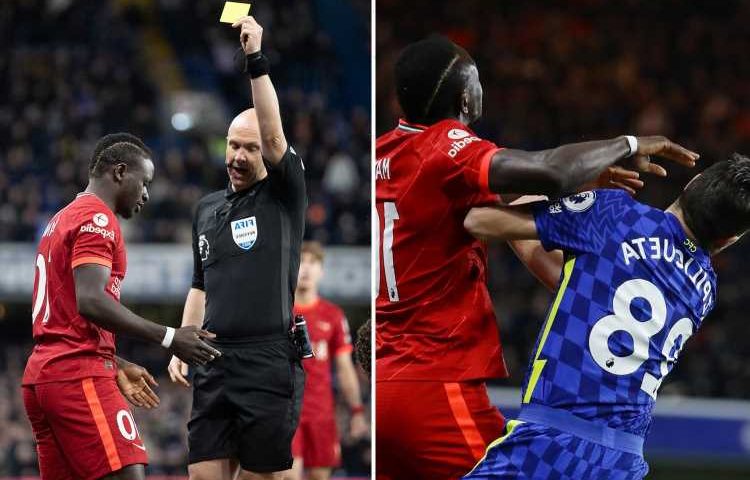 SADIO MANE was shown a yellow card just 10 SECONDS into Liverpool's clash with Chelsea – as furious fans demanded a red.

The Senegal winger, 29, wasted no time sinking his teeth into the potentially title-defining Premier League clash. 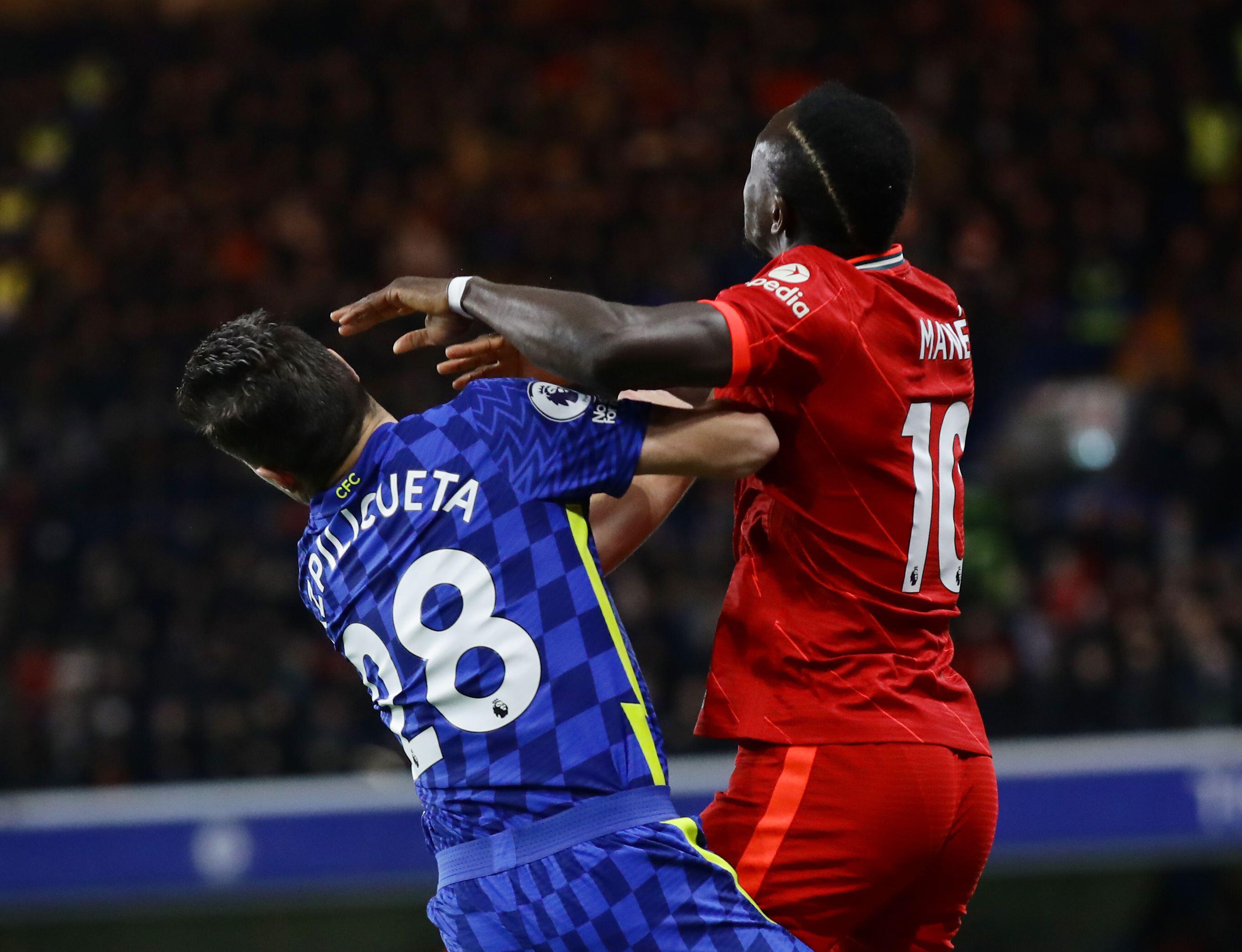 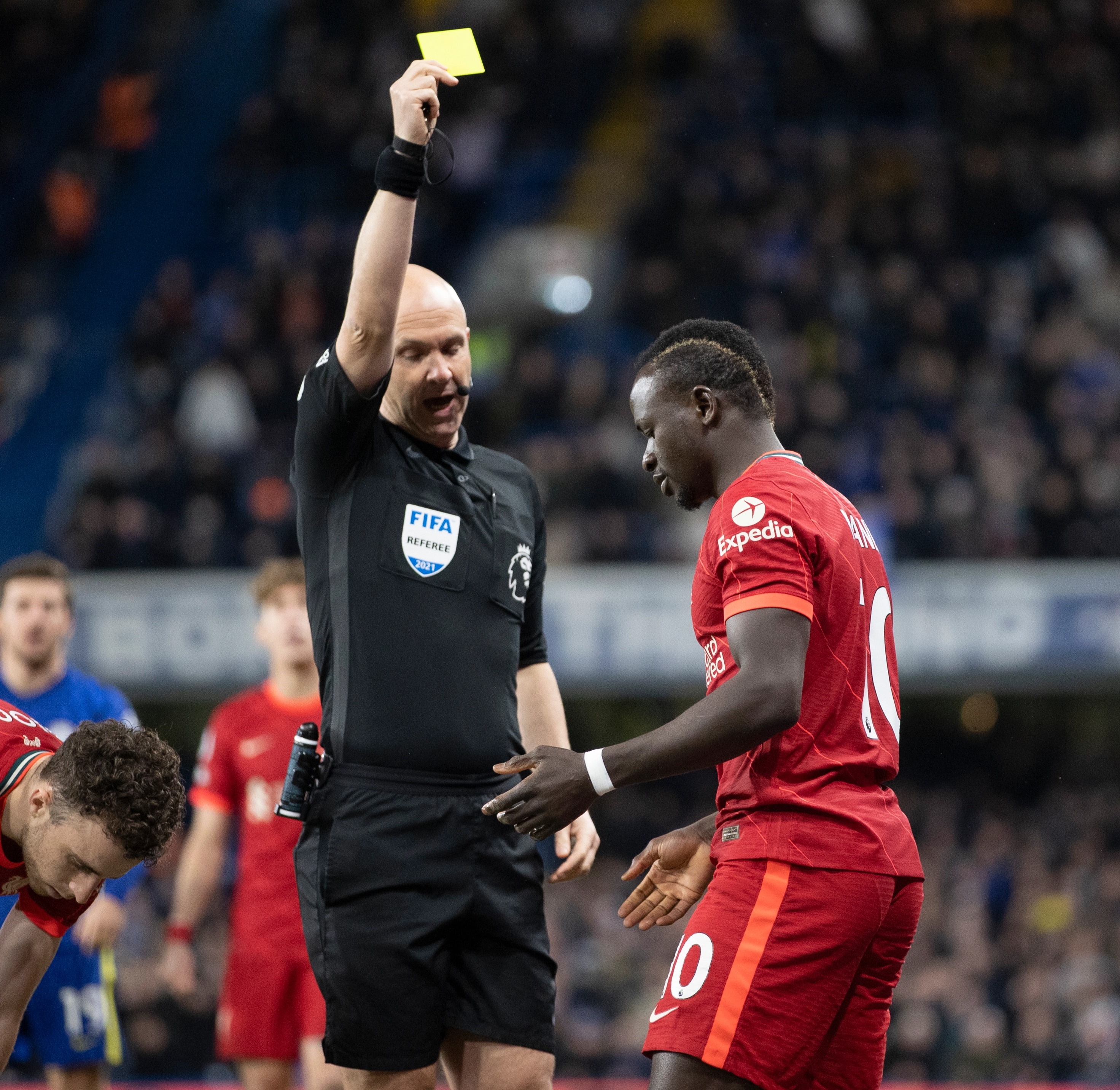 Mane clattered into Cesar Azpilicueta with his arm raised just seconds after kick-off with Anthony Taylor quick to brandish the yellow card.

Furious Blues supporters ranted at the decision, suggesting the superstar Liverpool winger should have been sent for an early bath.

But Gary Neville – commentating for Sky Sports – jumped to Mane's defence, admitting that while it was 'bad' it appeared unintentional.

The former Manchester United star said: "It's not a great one.

"I don't think he looks at him [Azpilicueta] as if he really meant it."

However, Neville's opinion certainly didn't line up with that of Chelsea's fan-base.

One bitter supporter tweeted: "That's a straight red. These PL refs are something else."

Another wrote: "That should be a red card for Sadio Mane for a deliberate elbow to the face of Cesar Azpilicueta."

A third added: "If that Mane elbow takes place 15 minutes later, it’s a red card. Why should it matter if it’s then or 15 seconds?"

Diogo Jota looked to send the Afcon-bound forward through on goal, with his misplaced pass flicked into Mane's path by Trevoh Chalobah.