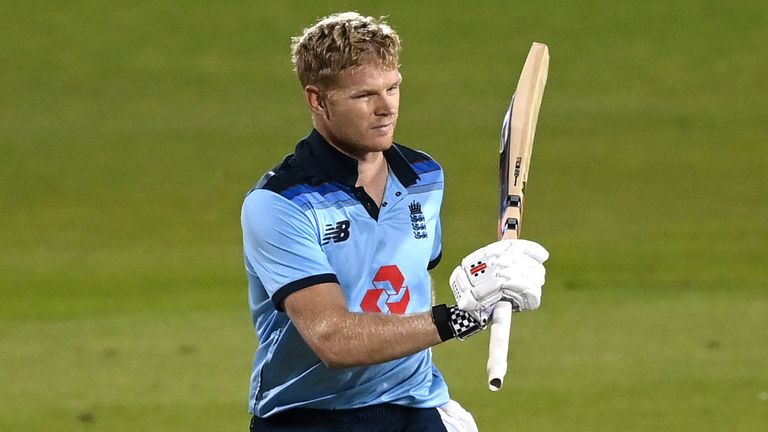 Sam Billings was pleased to take his chance in England’s intra-squad warm-up match in Cape Town, but said getting into the “phenomenal” white-ball XI is one of the hardest tasks in sport.

Billings impressed in England’s intra-squad warm-up match in Cape Town as he made 52 and shared a 103-run partnership with Joe Root.

Root has been left out of the squad for the upcoming Twenty20 series against South Africa while Billings is battling for a spot in a stacked top six.

“This is one of the hardest sports teams to get into in the world at the moment,” said Billings after the warm-up match at Newlands.

“The depth we’ve got – batting and bowling – is phenomenal. As an individual you just need to take the opportunities when you get them. It’s a seriously good side to get into. You’ve got to keep moving forward as individuals and as a team, to get better and better.

“I did that in the summer and I’m looking forward to doing it again in the winter. That’s all you can do really.

“Anyone who rests on their laurels, there’s someone behind them wanting that position. That’s where the intensity comes from. Internal competition is fantastic for any team and squad.”

Root and Billings were two of only three players (along with Chris Woakes) to score half-centuries on a tricky pitch.

Root scored his 77 at a run a ball, and even though he won’t feature in the T20I series, Billings has nothing but praise for the Test captain.

“In terms of reading a wicket there’s not many people better to have at the other end than Joe Root,” Billings said.

“It’s always great to bat with someone like that, who thinks about the game, thinks about conditions. To go at a run-a-ball for 70-odd shows what a thinking cricketer he is and the ability to execute that as well is a pretty good skill to have.

“The T20s might not be 200 plays 200 every single game. The guys who adapt quickest have the most success.”