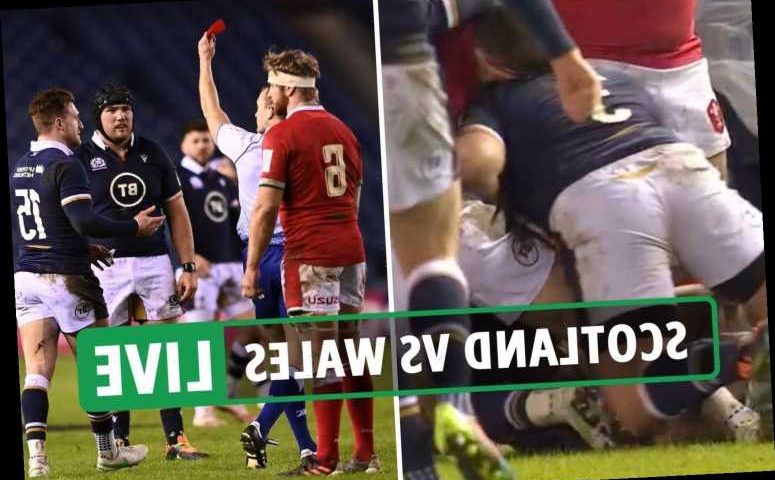 WALES were made to sweat against 14-men for the second week running in the Six Nations.

Last Sunday, Ireland's Peter O'Mahony cleared out a ruck with his elbow and in a similar offence Zander Fagerson was sent off for leading with his shoulder against Wyn Jones.

Tries from Louis Rees-Zammit, Liam Williams and Wyn Jones gave the Welsh a narrow lead after efforts from Darcy Graham and Stuart Hogg for Scotland.

But Hogg has crossed the line again to give the Scots a chance of pulling off an even more dramatic win than the one they achieved at Twickenham last week.

It was Rees-Zammit who would have the last word however as he chipped the ball to score a brilliant solo try.