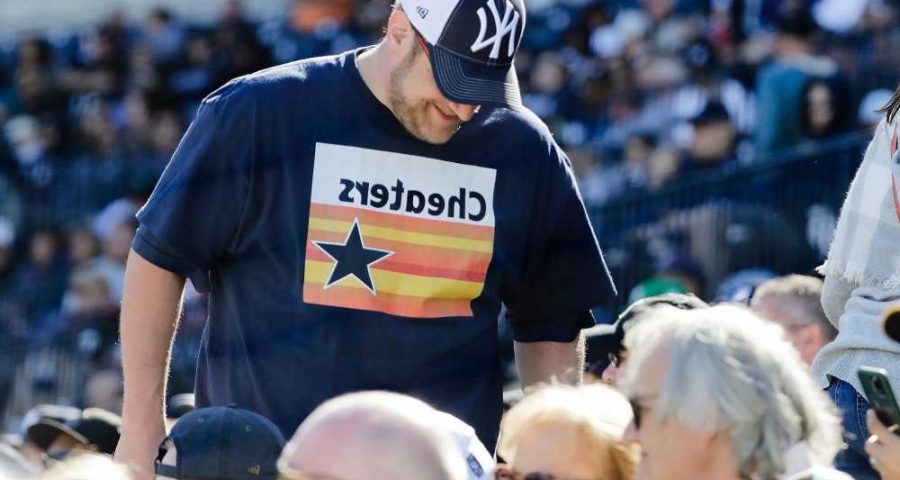 Yankees' handling of Astros will be truest of tests

Francisco Lindor's Mets struggles are more worrisome than you think

You know, in alternate baseball universes there exist worse pinstriped outcomes than the Yankees’ losses to the Astros in the 2017 and 2019 American League Championship Series.

With the Astros set to finally touch down in The Bronx on Tuesday night, their first visit to The Big Apple since Major League Baseball found them guilty (in January 2020) of illegally stealing signs en route to their ’17 championship, the Yankees should see more than chances for vengeance and robust fan support in the form of booing.

They should see an opportunity for on-field success. Shame on them if they don’t capitalize on it.

For these Astros, while still plenty dangerous at 15-13, are a wounded entity. If the spoils went to them as victors, so have they paid the price as captured criminals.

“I think there’s still a cloud hanging over [the franchise],” Kevin Goldstein, who worked for the Astros’ baseball operations department from 2012 until 2020 and now writes for FanGraphs, said last week in a telephone interview. “It took all the fun out of it.”

The Astros, who joined the Mets as 1962 National League expansion clubs (they switched to the AL in 2013), took 56 seasons to finally win it all, and they did so only after a massive teardown — one can fairly call it a “tank” — that featured three straight seasons (2011-13) of 106 or more losses and then, in order to get their parade, they needed to not only outlast the Yankees in a seven-game ALCS, but then the Dodgers in a seven-game Fall Classic. The journey sweetened the destination.

Until Fiers spoke up to The Athletic, in November 2019, and kick-started the MLB investigation that detailed how the journey might very well have concluded differently if not for the Astros’ rule-breaking. The irony being that team easily could have won it all without Fiers.

When justice arrived for the Astros last year, they lost:

Beyond that, they lost their planetary appeal as The Terminator of baseball teams. While the rest of the industry envied and questioned the Astros’ success, that didn’t translate into the sport’s customer base. Consider that, when MLB announced its top player jersey sales on Sept. 28, 2018, the Astros’ Jose Altuve ranked second (behind only the Yankees’ Aaron Judge), George Springer 17th and Carlos Correa 19th. On March 31 of this year, the only Astro on the latest list was Altuve, at 19th. The scandal can’t take all the credit for that shift; transactions (like Francisco Lindor to the Mets, eighth) and team success (defending-champion Dodgers Mookie Betts and Cody Bellinger rank first and second) stand as other determining factors. Give the scandal some credit, though.

“It’s there. It’s omnipresent on some level,” Goldstein said of, naturally, the scandal. “I don’t know how the team can capture a spirit of joy again that extends beyond the team. The fan base is reduced to a very local [base]. The energy and the vibe of that club was really interesting and attractive, and the national footprint disappeared.”

The Astros did make their fourth straight ALCS last year under new manager Dusty Baker, who utilized his trademark unifying abilities to draw some goodwill back to the club. They still possess sufficient talent, including Altuve and Correa, to run at another title.

Yet they no longer hold juggernaut status. They are vulnerable. One ace from ’19, Justin Verlander, recovers from Tommy John surgery and the other, Gerrit Cole, pitches for the Yankees.

Cole and the Yankees couldn’t pounce last year, losing the AL Division Series to the Rays, who toppled the ’Stros in the ALCS. The window of opportunity remains open. Aaron Boone’s bunch can start climbing through it, no excuses if they don’t, on Tuesday night.