“I feel like I’ve got too much empathy sometimes,” Shane McGuigan says, sat across the hallway.

We’re at his gym in Leyton, speaking just outside the main room in which his boxers draw up their pugilistic plans and prepare to execute them come fight night.

“I know the long-lasting effects of brain trauma. It’s terrible to see certain fighters suffer brain injuries and potentially even pass away because of fights. If I ever had one of them, pfft, I’d be out the door. I wouldn’t be coaching again.”

An automatic ceiling light intermittently dims, with McGuigan occasionally waving his arm gently to shed even more light on the topic at hand. In this moment, it is fighter health.

McGuigan references George Groves, the now-retired WBA super-middleweight champion whom he trained between 2015 and 2018. Now the pair’s relationship is purely a friendship, with McGuigan serving as godfather to one of Groves’ sons. 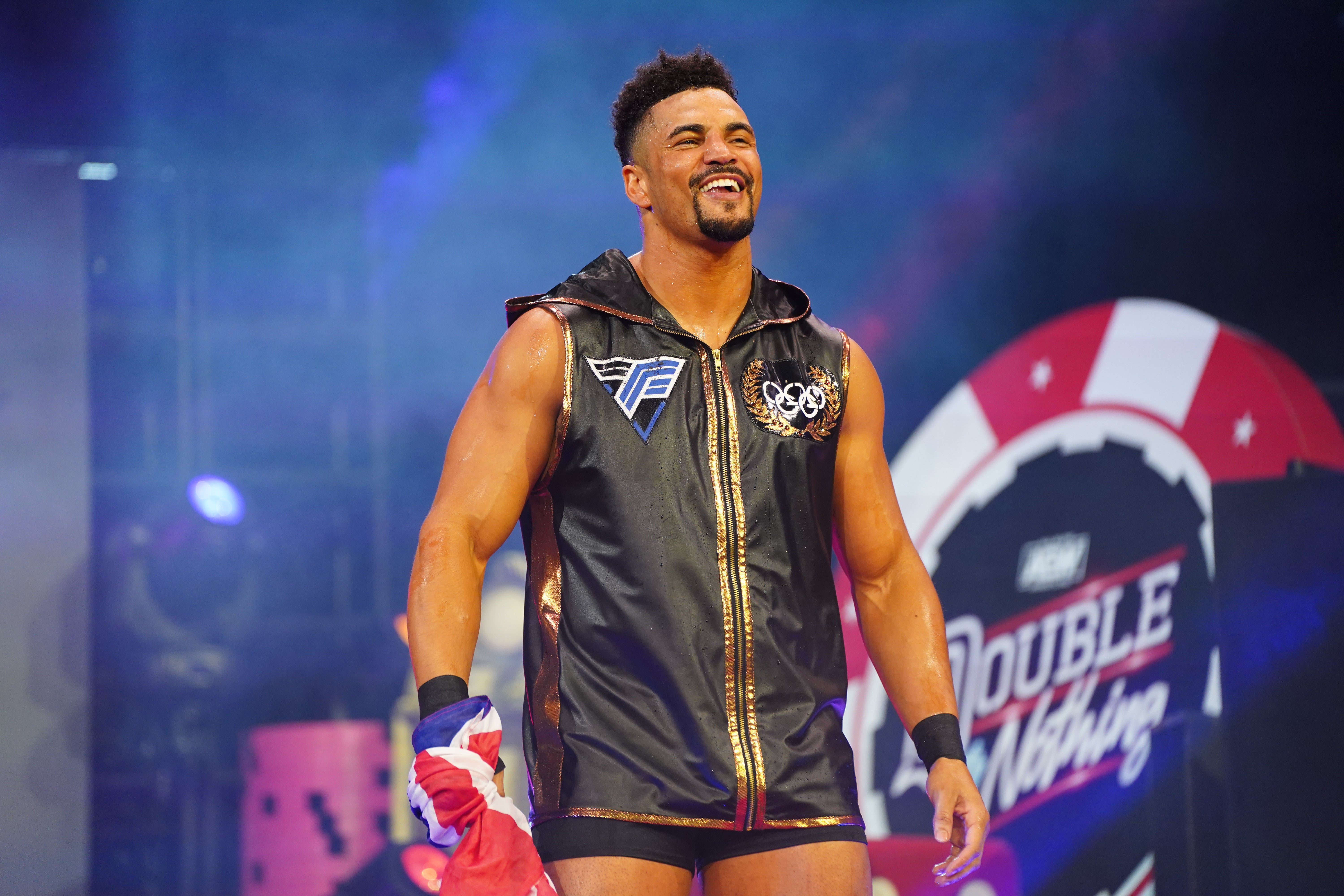 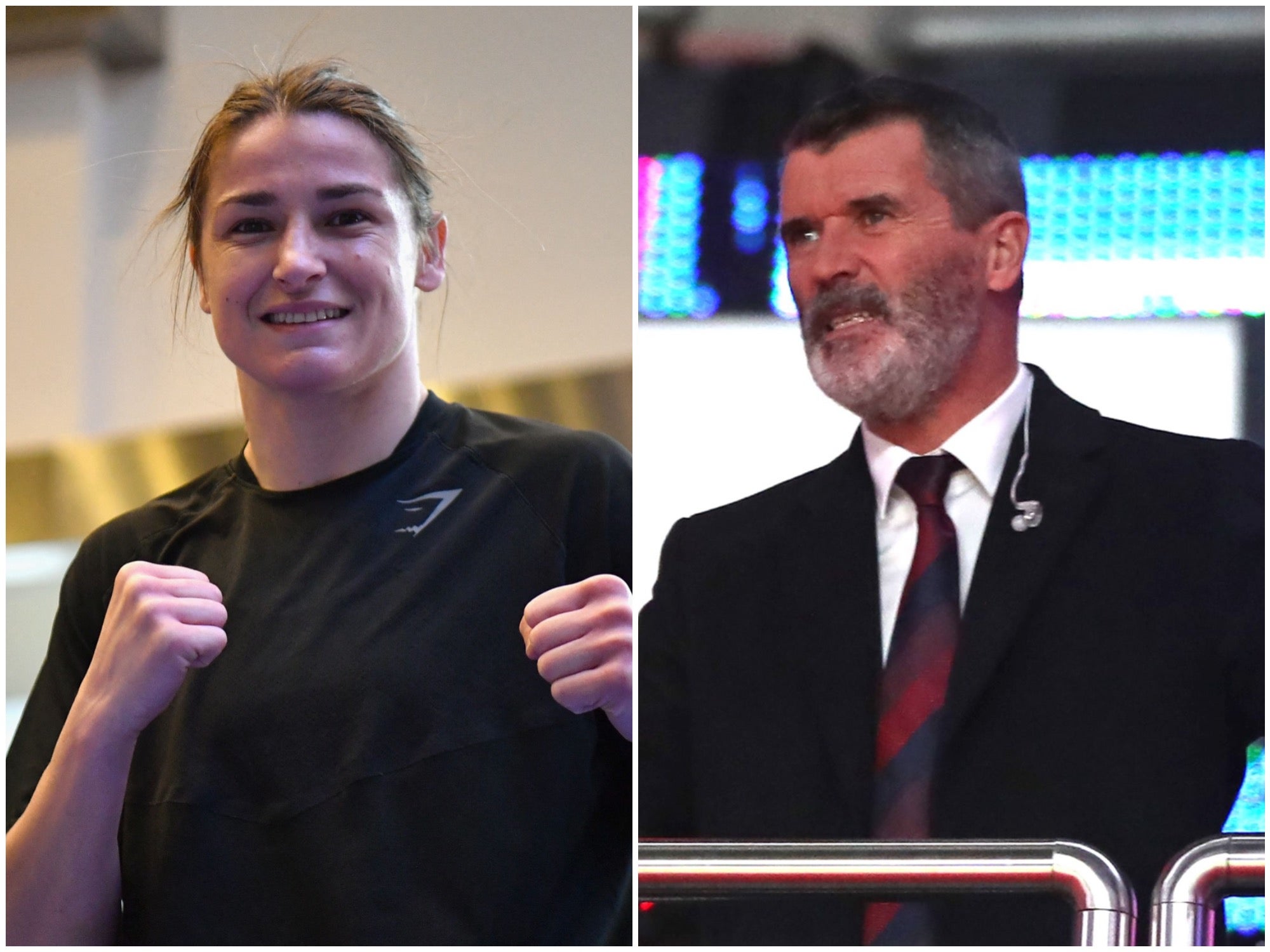 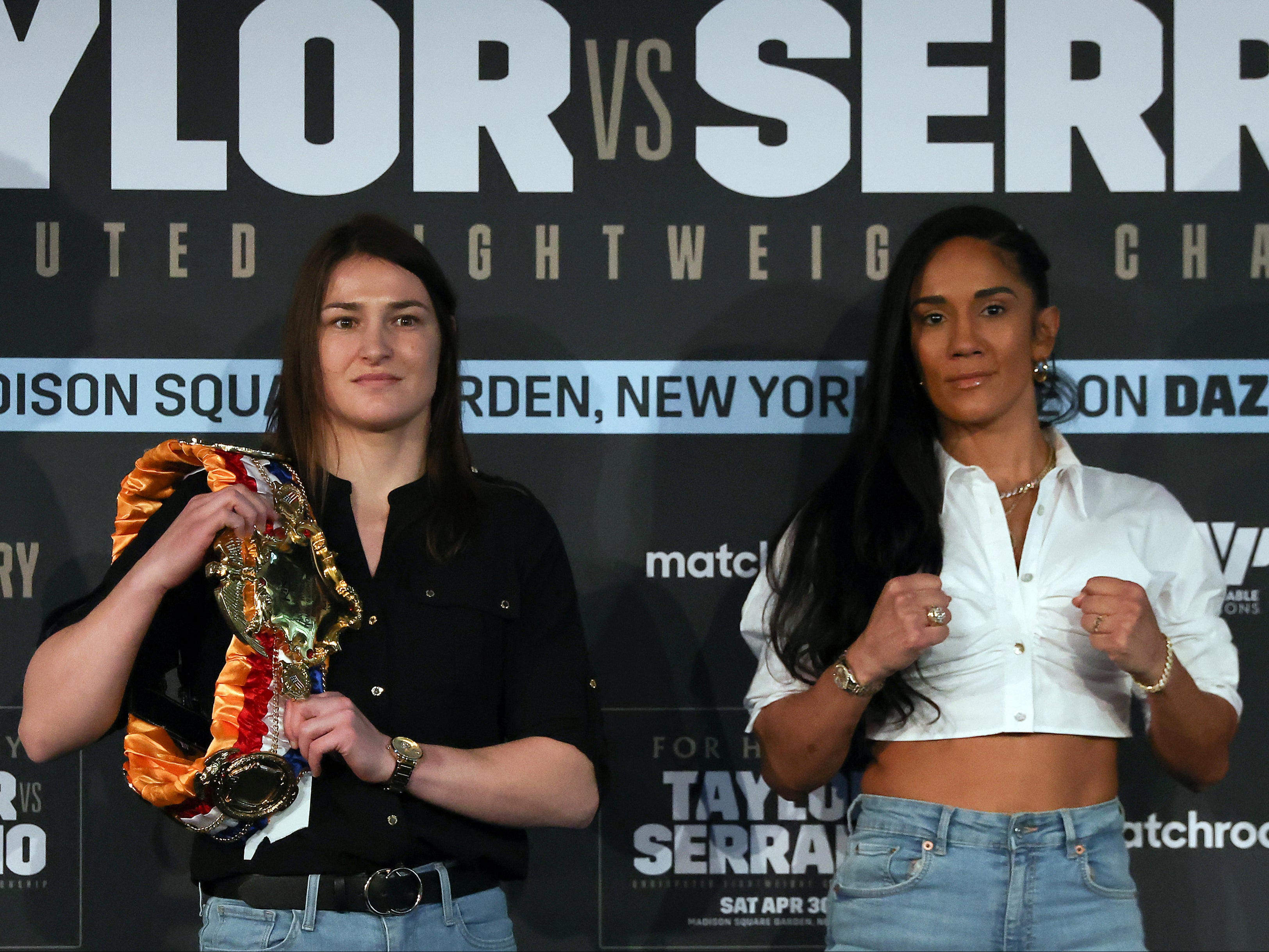 “George had Eddie Gutknecht, where Gutknecht had to have a bleed removed, he was in a coma,” McGuigan, 34, recalls of the 2016 bout in which his friend won via decision, before Groves’ opponent was rushed to a London hospital for emergency brain surgery. “He woke up, but he’s non-responsive now,” McGuigan says of Gutknecht. “Even being involved in that was horrendous. He came up to me after the fight and touched gloves with George, said ‘Well done,’ then walked round and did it like four times. I said to my dad: ‘He’s not right.’ Then he collapsed in the changing room. 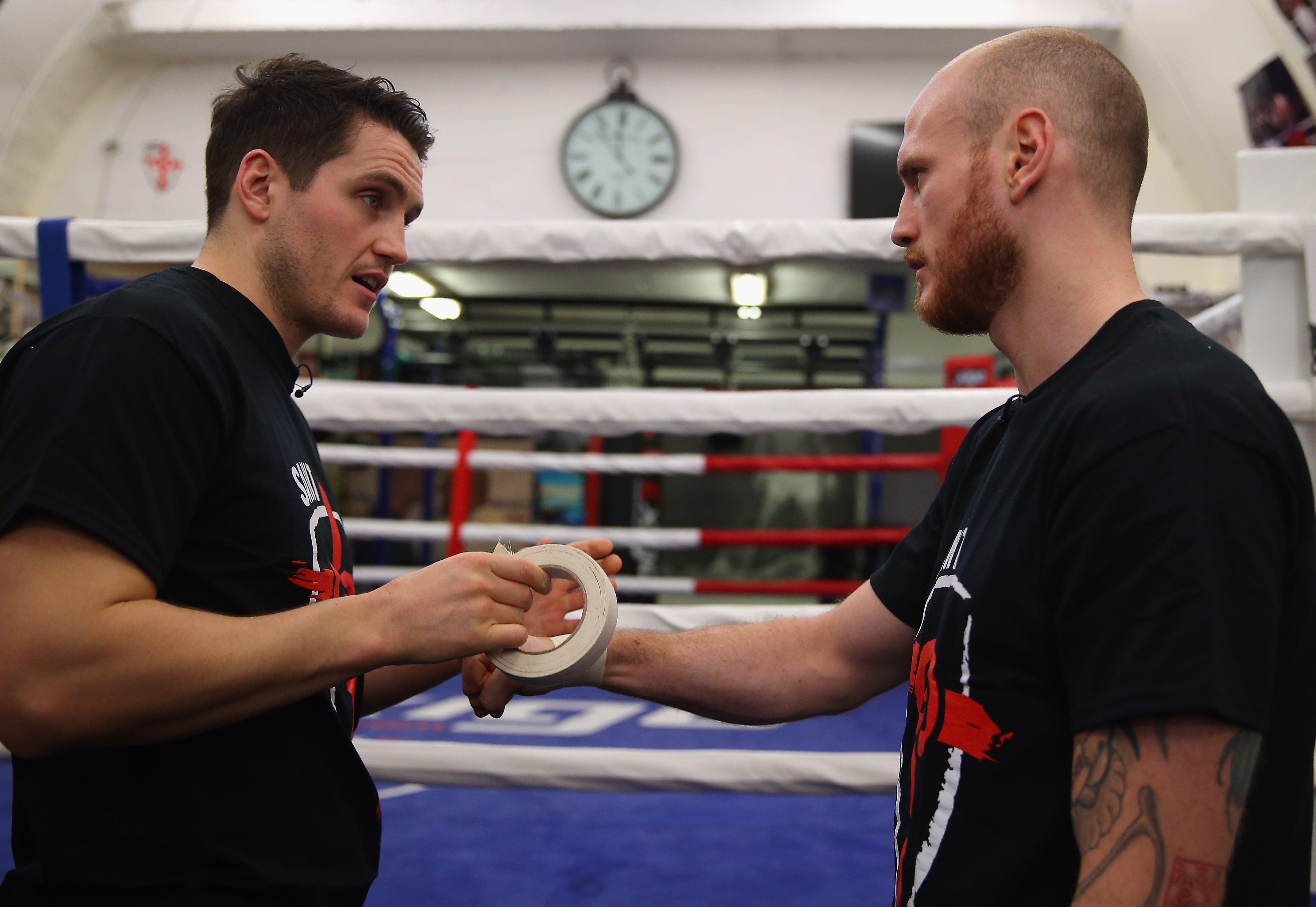 McGuigan with George Groves in 2016

“I don’t like to see my fighters take punishment, either. I’ve only seen one of my fighters get a concussion, once in 12 years. But I’ve had guys come into this gym and ask where the exit is, because they’re so badly concussed, and I’m like: ‘The door’s there, mate…’ All I’m thinking the rest of the day is: ‘God, I hope they’re okay.’”

When asked about the best and worst moment of his coaching career, McGuigan – whose current fighters include Lawrence Okolie, Daniel Dubois and Anthony Fowler – admits that both occasions in fact involve Groves.

“I have a lot of great moments. George winning his world title against [Fedor] Chudinov was amazing, because he had a broken jaw. I think the worst moment for me, in terms of to watch, was George against Callum Smith. George didn’t make the count, but I had the towel in hand. That’s horrible. George’s shoulder wasn’t 100 per cent, but then also to get stopped in seven rounds, it’s tough to watch that…

“Because it’s down to you, it’s your responsibility,” McGuigan says, as the conversation quickly veers back to the topic of fighter health. “That’s not me saying that any coach who’s had a fighter that’s had brain trauma [is at fault], because it’s really hard to tell. And you don’t even know, there could be a slow bleed from sparring, then they go into a fight… but that’s a responsibility that you’ve got to live with for the rest of your life.

“You’ve got to understand that this is a sport, that’s all it is. The problem with boxing is, if you lose, you might go from getting £100,000 to getting £15,000. The discrepancy is massive, so fighters will push themselves another little bit. Even coaches think: ‘I need to make sure they win, that money’s coming in.’ It’s brutal.” 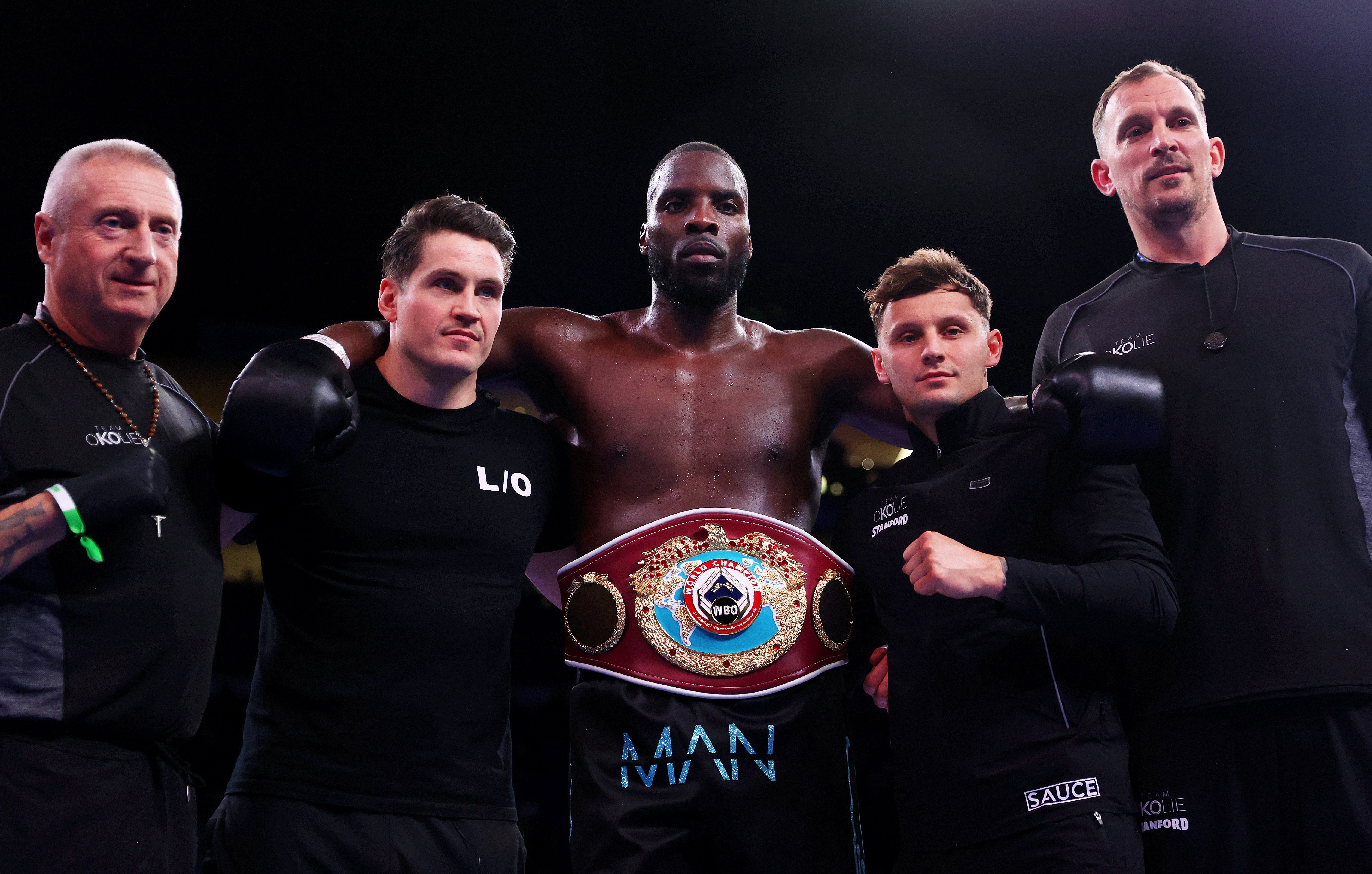 Boxing has indeed always been a sport, a business, whose brutality cannot be contained by ring ropes.

The brutality that does exist within them, however, is a key reason why McGuigan’s father – British boxing icon Barry McGuigan – wished to distance his children from the sport.

“I always wanted to do it, me and Jake both did, but dad kept us well away from boxing,” McGuigan says.

McGuigan ultimately took the choice out of his father’s hands. Aged 14, he befriended a German exchange teacher at his school in Somerset, after seeing him hanging up heavy bags to hit in the hall. McGuigan and his teacher eventually began to spar together. “I don’t want to get him in trouble or anything, but I don’t think we had any kind of permission!” Soon McGuigan was able to “blag” his way past the boarding school master and along to the gym with his teacher, though Barry soon found out.

“He said: ‘Look, if you’re gonna do it, I want to be a part of it.’ He’d drive 200 miles to pick me up, take me to sparring, then drive 200 miles back. He wanted us to be able to defend ourselves. I think deep down he would have always wanted one of us to box, but he also hated the thought of our brains rattling about. I would struggle if one of my kids boxed, I reckon.” 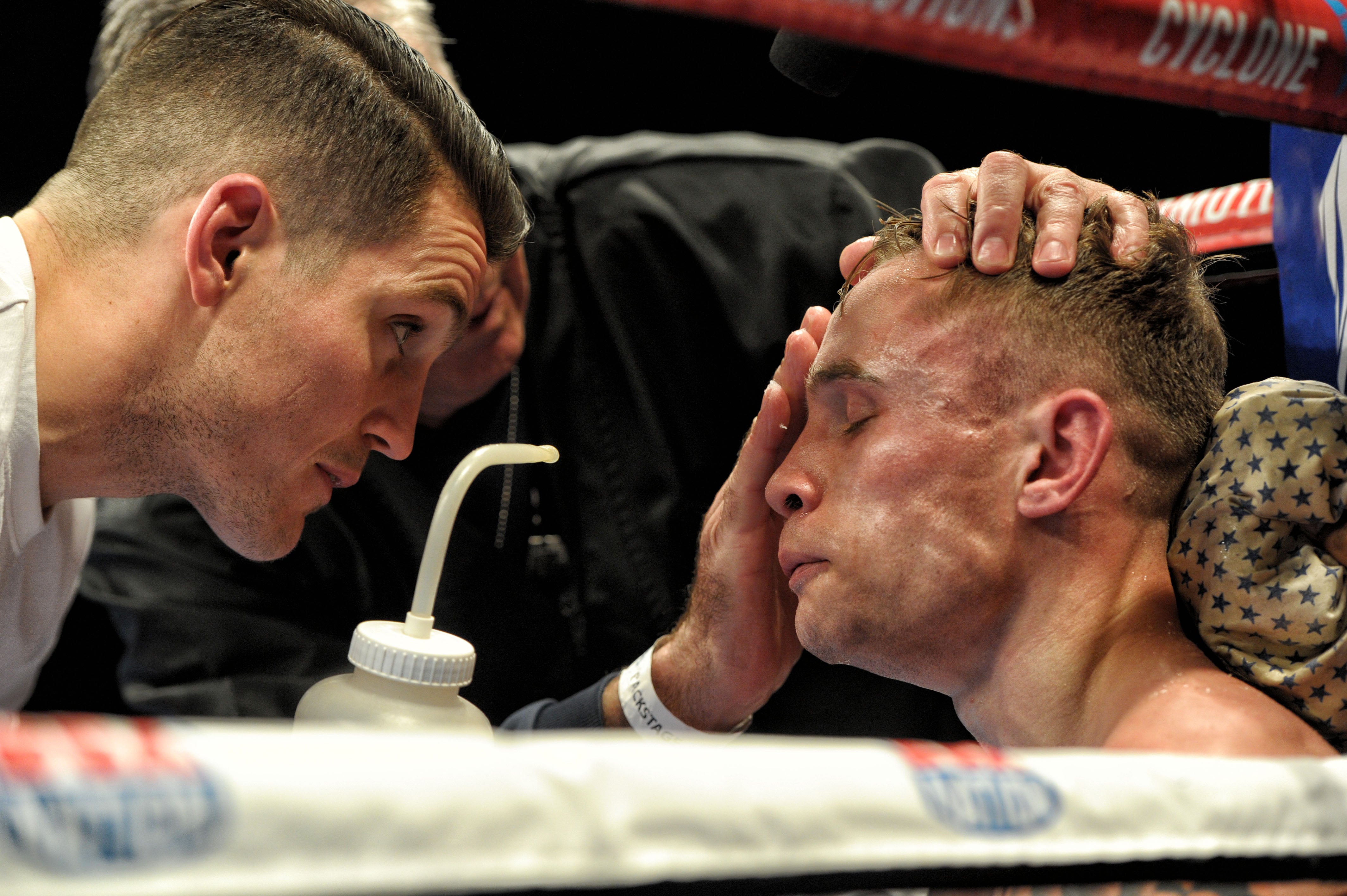 Frampton was the first fighter that McGuigan worked with

McGuigan elected to coach after falling out of love with competing himself, first training Carl Frampton before going on to work with the likes of Josh Taylor and David Haye as well as his current roster.

At 34, McGuigan has been a similar age to most of the fighters he has coached. Yet the dynamic has not proven difficult.

“I think there’s a level of authority you have if you’re a good coach and understand the game – and if you can apply it and break it down so fighters can understand their mistakes and what they do well,” he says. Through the double doors to his left, an intermittent beep is emitted each time a fighter completes a round of training.

“It’s not about holding pads and fancy footwork; it’s about saying: ‘These are the tools you have, we have to work on your best assets as well as your negatives.’ Then, it’s about structure, gameplan.”

Above all else, it is about connection – another area where McGuigan’s empathy proves its worth.