SHEFFIELD UNITED fans set off flares and partied in the street as the team celebrated their Premier League promotion with an open-top bus parade.

Supporters climbed on top of street signs and lamp-posts to get a better view of their heroes following their incredible season – gaining automatic promotion. 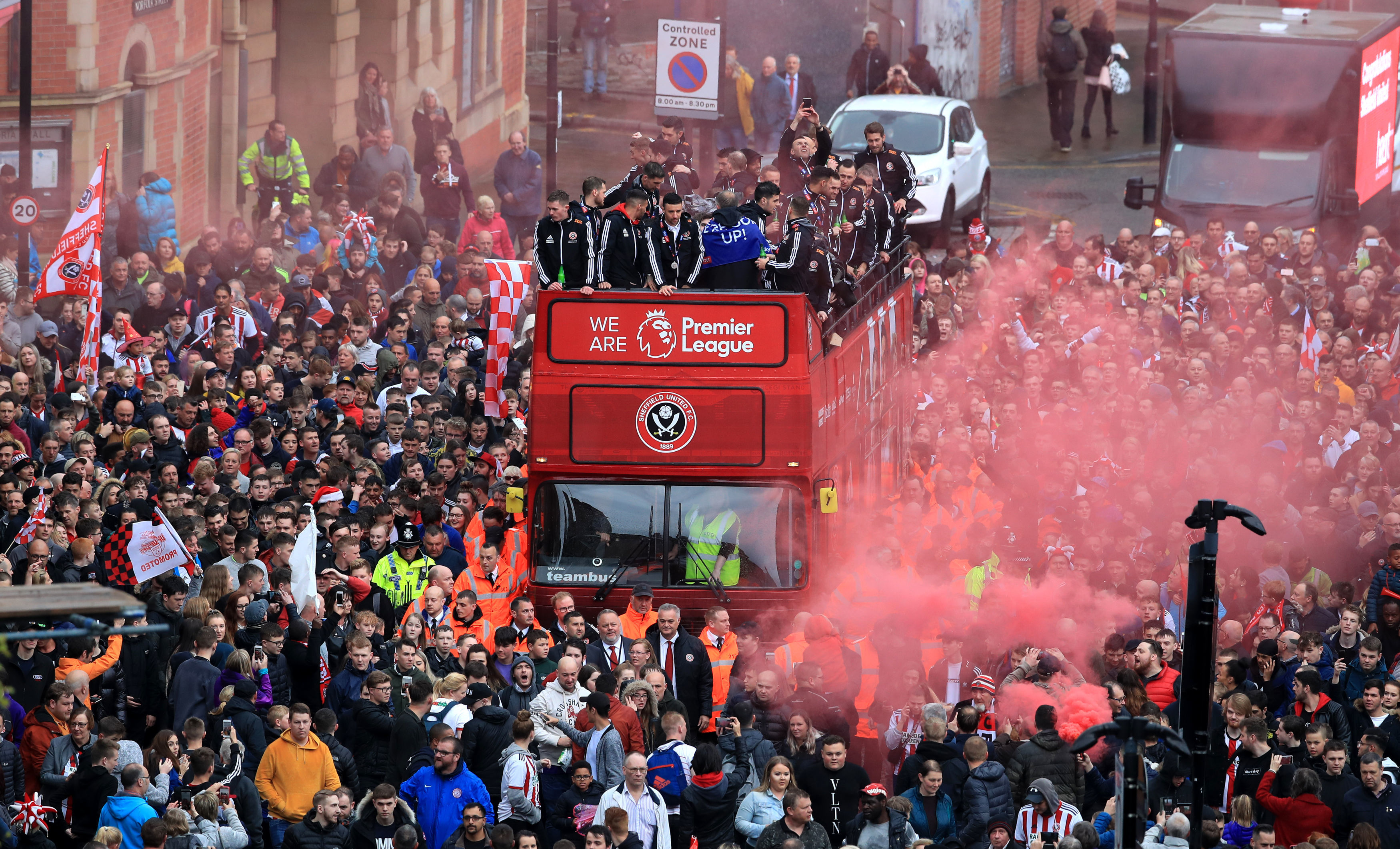 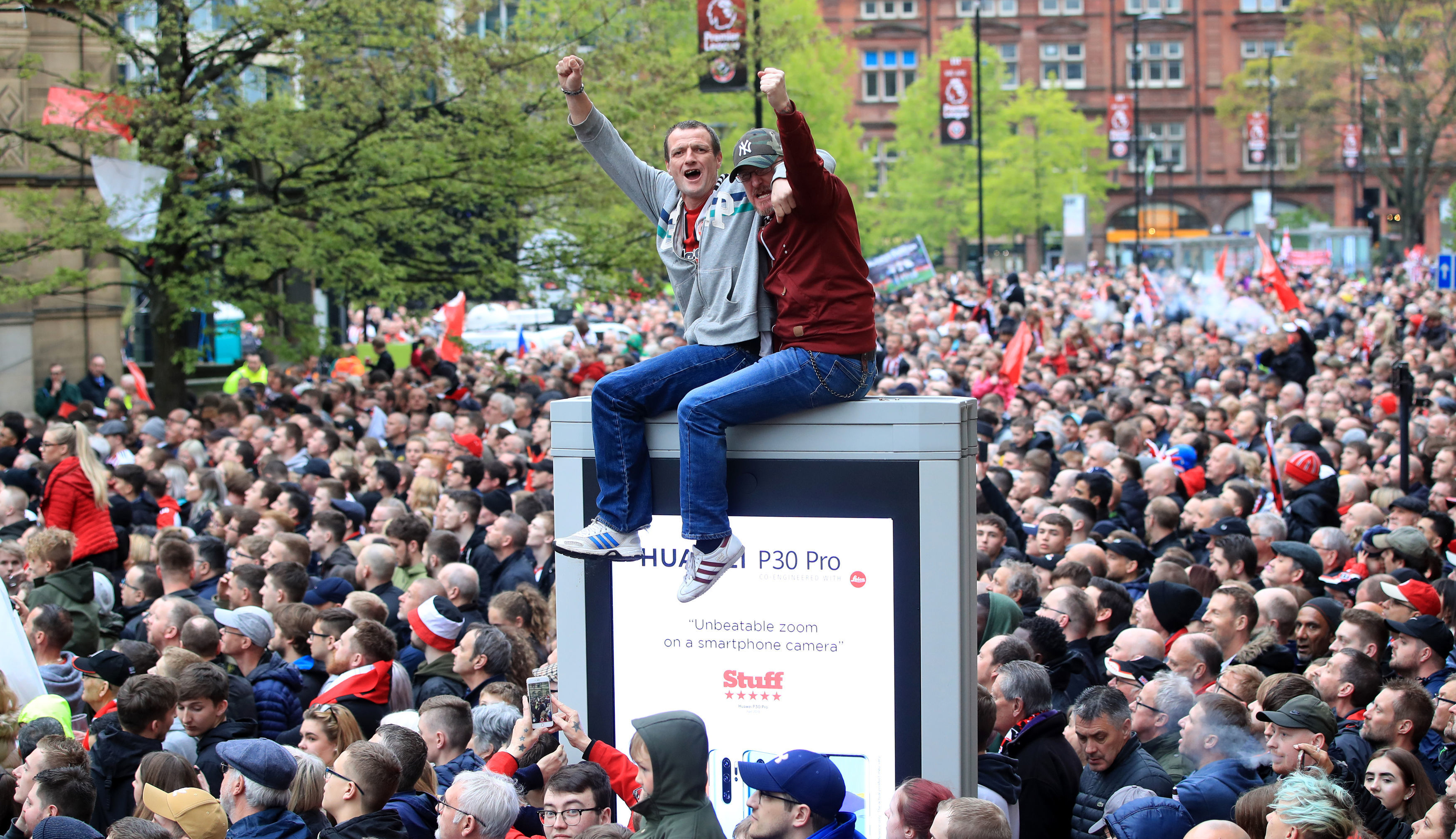 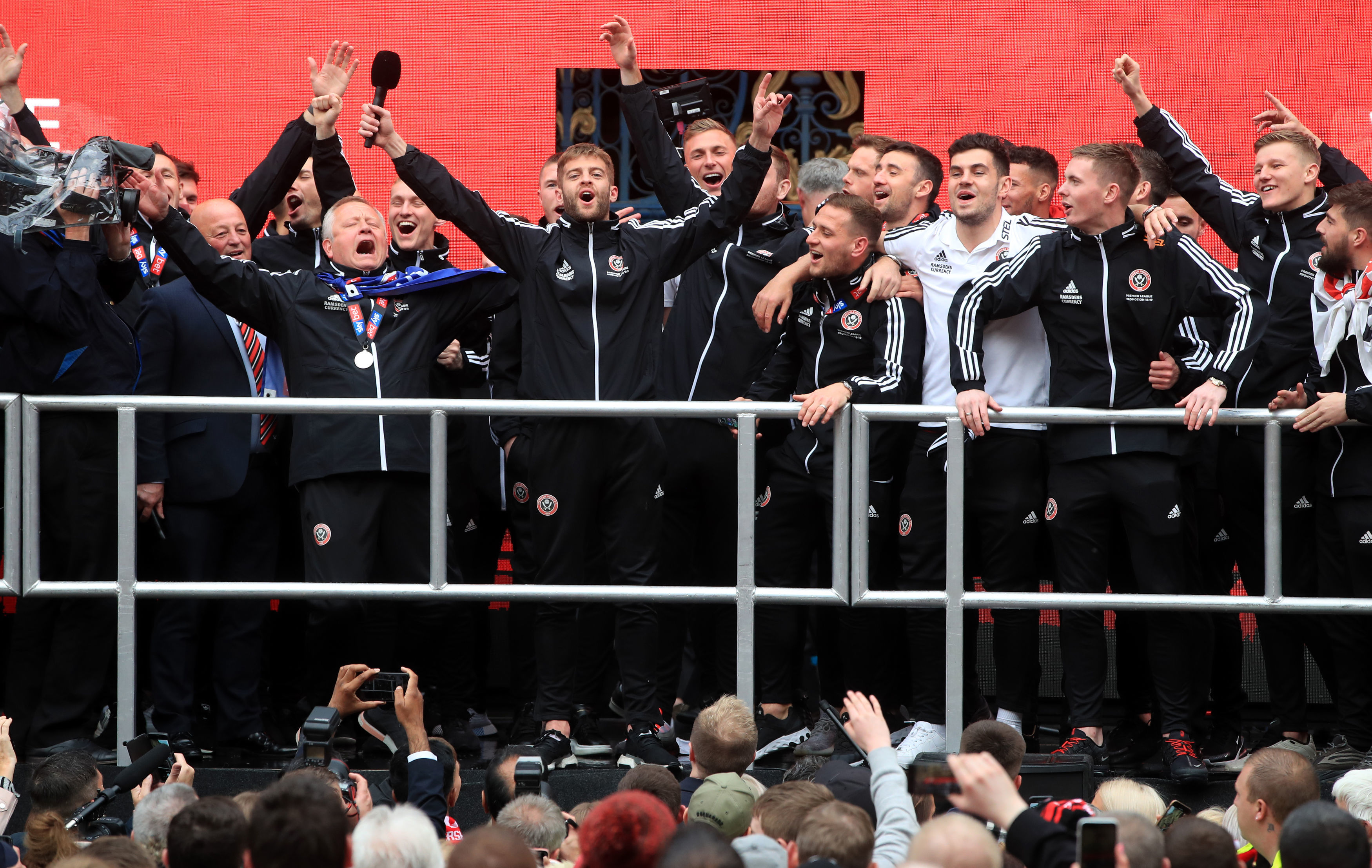 And Blades fans turned Sheffield city centre red with flares and scarves after they finished second in the Championship.

Next season will be Sheffield United's first in the top-flight since the 2006-07 season.

And fans celebrated the historic occasion in style throughout Sheffield, as the United squad crawled through the city.

Unlike Norwich – who won the Championship – the Blades didn't appear to have any bus trouble.

During the Canaries' parade on Monday, their bus broke down, forcing the squad to commandeer a sightseeing bus.

Back in Sheffield and United have been enjoying holding bragging rights after rivals Wednesday failed to make the playoffs – finishing 12th.

Blades fans flew a banner over Hillsbrough which read: "Mind the gap the city is ours."

A week ago, Richard Stearman led the wild celebrations as Sheffield United hit the heights of the Premier League – as he danced around while clutching a pint.

Meanwhile, the official Sheffield United Twitter account shared a snap of beer being thrown all over the place as the promotion party erupted in full flow.

The Blades had clinched promotion after beating already-relegated Ipswich. 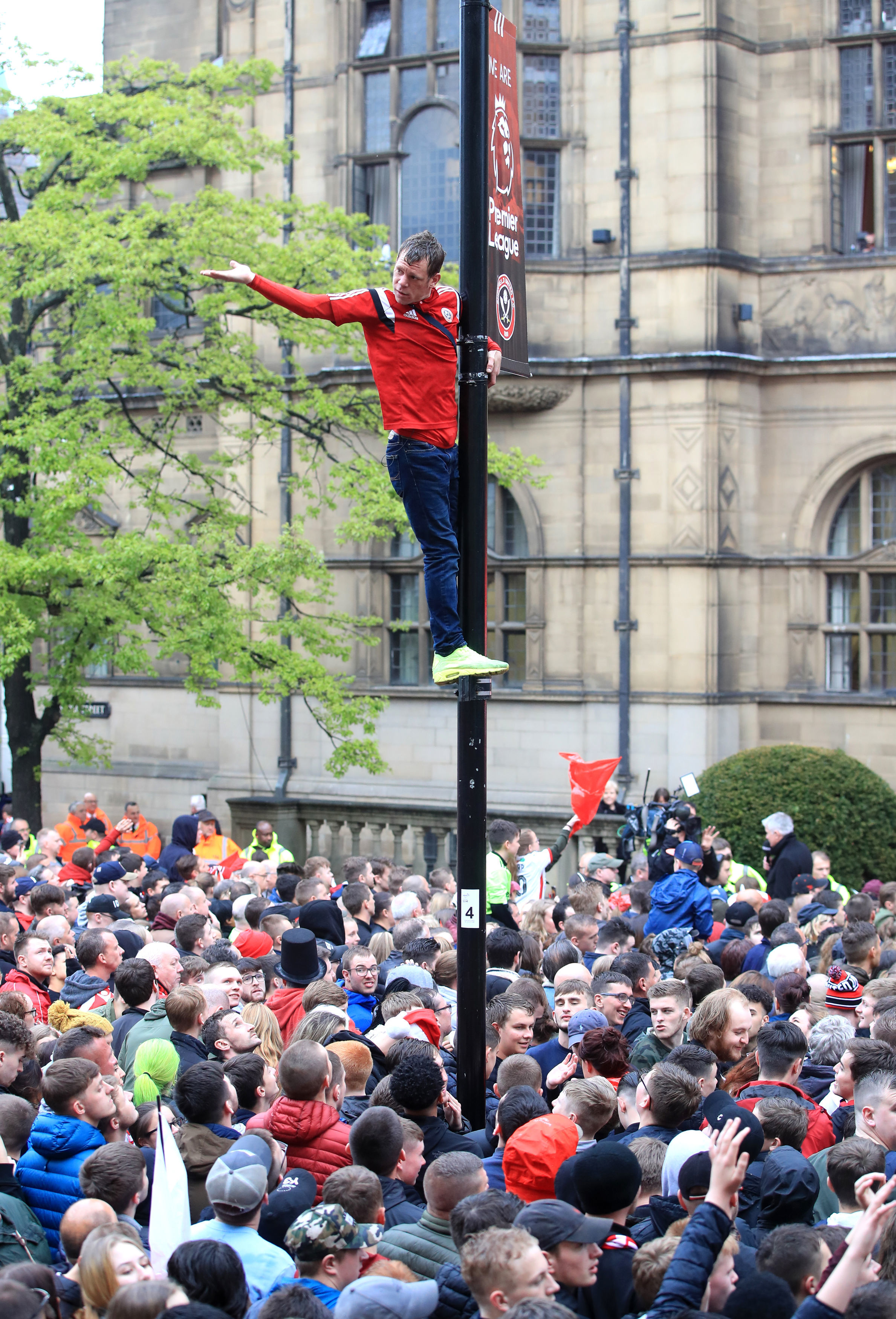 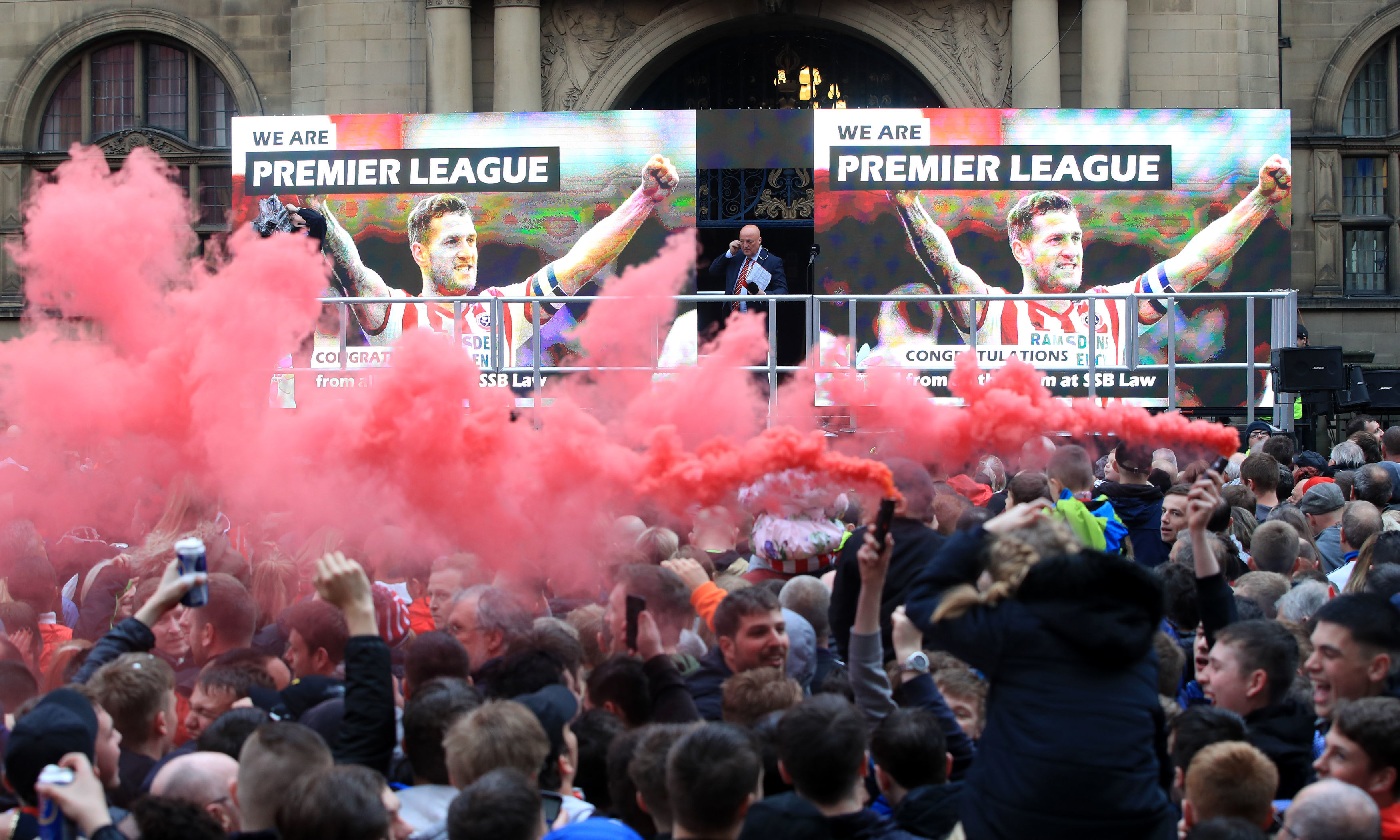