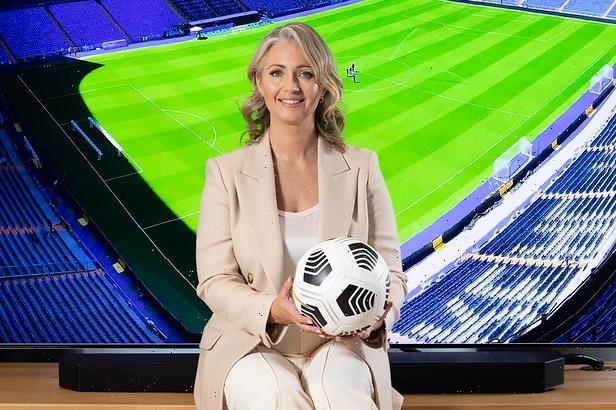 THEY'RE two of the most famous footballers to have ever played the beautiful game, with millions of fans across the globe.

And while footy fans are familiar with Cristiano Ronaldo and David Beckham's exploits on the pitch, most are unlikely to ever get the chance to rub shoulders with them off it. 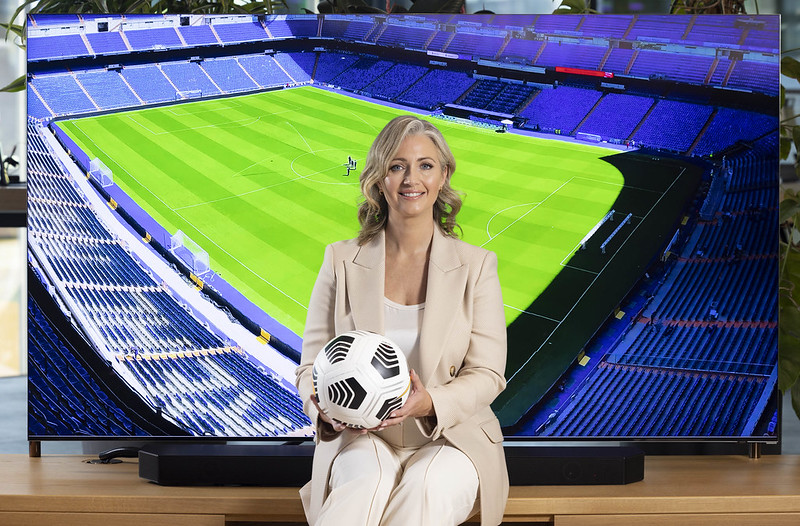 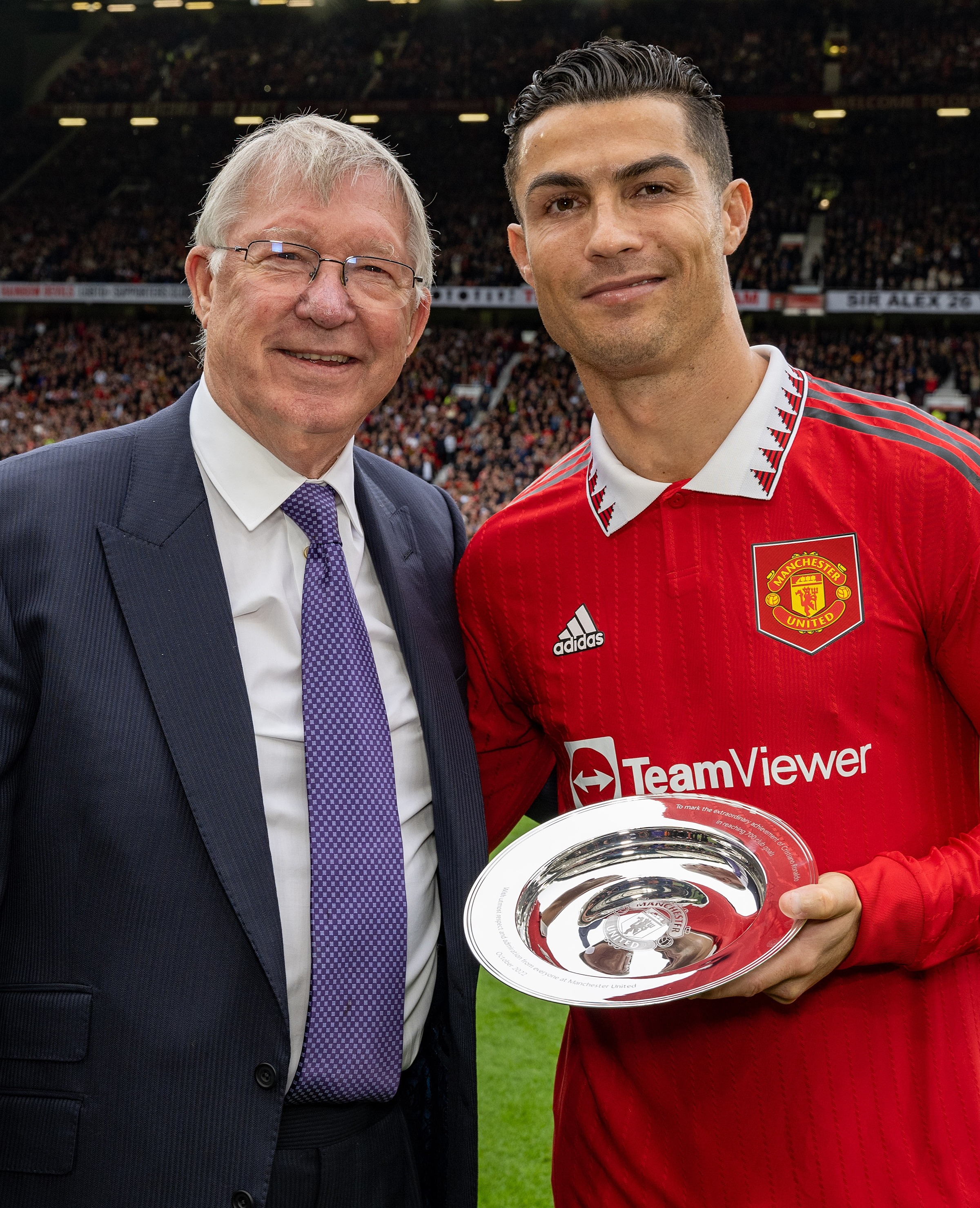 One person who has is Sky Sports and former MUTV presenter Hayley McQueen – and she was shocked by how down to earth the two superstars were.

Speaking exclusively to the Sun, Hayley, 42, said: "I know he gets a lot of stick and people might hate me for saying this, but I used to love interviewing Cristiano Ronaldo. He was always so polite, so helpful, never shirked an interview and was always really kind.

"He didn’t just turn up and sit there. He would have proper little chats with you about life; 'what are you doing at the weekend?', he was a lovely guy. I bumped into him outside the training ground, I worked for MUTV – OK it might be easier when you’re interviewing the players working for the club channel, but they didn’t always have to do that. I would sometimes see him without a camera and microphone there and have a normal nice little chat."

Five-time Ballon d'Or winner Ronaldo fell foul of United fans earlier this season when he petulantly refused to come on as a substitute in their win against Spurs.

United boss Erik ten Hag made the decision to drop him for the following game against Chelsea and Hayley praised the Dutchman for standing up to the football icon.

She said: "He knows he's coming to the end of his career. He will hate that because mentally he will still think he can play but physically, no matter how much he beasts his body, which he does, it is one day going to stop working as effectively as it did 10 years ago. It's already slowing down.

"He hated sitting on the bench. He forgot he's not bigger than Manchester United when they asked him to come off the subs bench and should have just gone on and played, really I think he feels very embarrassed about that now.

"I really of think he will have beaten himself up over that and realised how bad it looked. All credit to Erik ten Hag for managing that situation. I think he did deal with it incredibly well."

Goldenballs Becks had a few on-field tantrums of his own over the course of his career, most famously when he was sent off for lashing out at Argentina's Diego Simeone in the 1998 France World Cup.

But behind the scenes the former Real Madrid Galactico couldn't be nicer.

Hayley said: "I remember interviewing David Beckham. I’d flown out to LA when he was at LA Galaxy and sat there with my camera man and the lights and everything, and we had this big production and set up to do this big feature interview with him, and he just walked in on his own. I was like 'where’s your team?’ We were in the football stadium in a box, but you’d maybe expect a guy from the PR department, or a manager, or his agent, or even a hairstylist or makeup person, just nothing."

Recalling another encounter around the London 2012 Olympics, she said: "I worked with David Beckham for Samsung many years ago, it was the 2012 Olympic launch. Backstage I stood there, and I hadn’t seen him for years and years and years, this was before I interviewed him at LA Galaxy, and he was like ‘how's your dad doing?' Man United, Bryan Robson – one of my legends, he starts telling me about what it’s like when he watched Man Utd – and I’m like ‘you’re David Beckham’."

Hayley, who is the daughter of Scotland and Man United legend Gordon McQueen, will be glued to the screen for the FIFA World Cup in Qatar later this month.

While her dad might not be fond of the England national side, Hayley will be cheering on Gareth Southgate's men.

Recalling a family holiday during a World Cup years ago, Hayley laughed about ex-Manchester United defender Gordon's reaction to her mum's patriotic swimwear.

She said: "He hates England doing well, always has done, always will do. My mum is English. I remember one holiday she came out by the pool in an England bikini and my dad nearly spat his beer out." 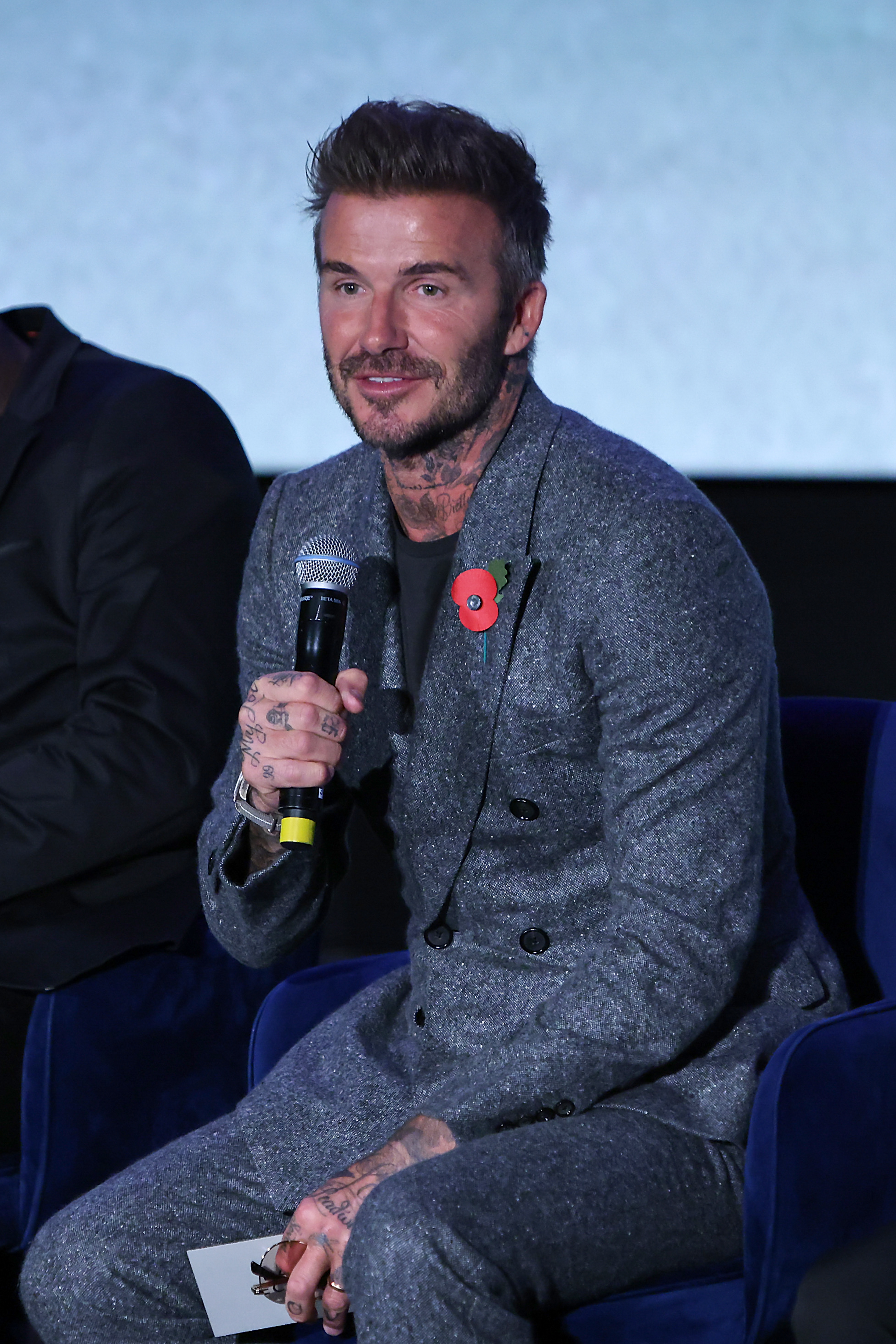 Despite the interfamily conflict, Hayley said: "I hope they perform well. So many of the footballers are like young boys, and I feel for them, especially after what happened in the Euros and penalty situation, you realise how potentially damaging that can be to mental health of such youngsters. I think bless them all.

"As I'm getting older I'm seeing footballers differently, a sort of motherly way or older sisterly way as opposed to fancying David Beckham or Lee Sharpe and whoever it might be."

Ahead of the competition, Hayley teamed up with Samsung and former Premier League referee Dermot Gallagher to analyse some of the most controversial World Cup decisions ever and see if VAR would have changed the outcome.

The list was compiled from the results of a poll of 2,000 football fans, commissioned by Samsung UK to showcase the new 2022 range of Neo QLED TVs.

Topping the pile is Diego Maradona's infamous Hand of God against England in the 1986 World Cup. VAR would have ruled the goal out sending the game to a penalty shootout potentially paving the way for England to win its second global competition.

Number two is Frank Lampard's disallowed goal against Germany in 2010, which would have been given had VAR been in use.

And third is Thierry Henry’s handball for France against Ireland in a 2010 World Cup Qualifier. With the right tech in place, the goal would have been disallowed and Ireland could have fought on to penalties.

Hayley said: "These were so obvious you were like 'how was that not seen?' Maybe because of the way technology has come on, not just VAR but in terms of the actual screen on the TV itself. You can literally see the finger nails of the referee getting a card out. You can get that close. You can see every part of the screen in super HD.

"Watching it blown up you're like 'how the hell can they miss that?', but viewers at home didn't have multi-angle camera replays to scrutinise either."

For more information and to explore the full range of Samsung Neo QLED TVs visit www.samsung.com