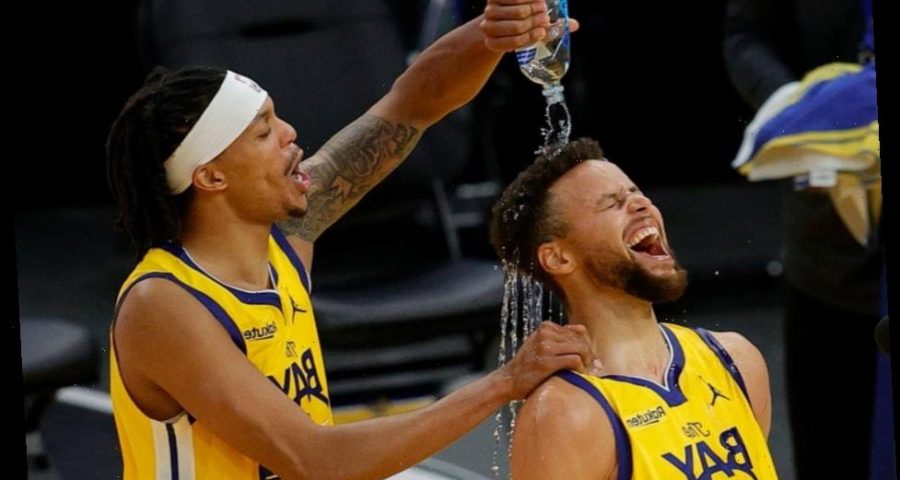 Stephen Curry let it fly from way out under pressure with a minute-plus left for another perfect swish on the way to a career-high 62 points, and the Golden State Warriors beat Portland 137-122 on Sunday night to split the two-game set with the Trail Blazers.

Curry had the highest-scoring game in the NBA this season, finishing 18 for 31 and 8 of 16 on 3-pointers after beginning with a 21-point first quarter. He had his 10th career 30-point half to help the Warriors take a 66-54 at the break.

One small blemish in his brilliant night: Curry had his streak of free throws snapped at a franchise-record 80 in the first. The run dated to 29 March 2019 versus Memphis. Against Portland, he made a career-high 18 on 19 attempts.

Damian Lillard scored 32 points for Portland, and CJ McCollum added 28. McCollum shot 2 for 8 from deep after his 25 3-pointers over the initial five games left him and Curry as the only players to ever do so.

After Portland’s 25-point win Friday night, the Warriors were embarrassed and determined to be more aggressive and defend better after the Blazers came out firing to finish 20 of 43 from deep — and they looked more energetic on the defensive end. Portland shot 14 of 43 on 3s Sunday.